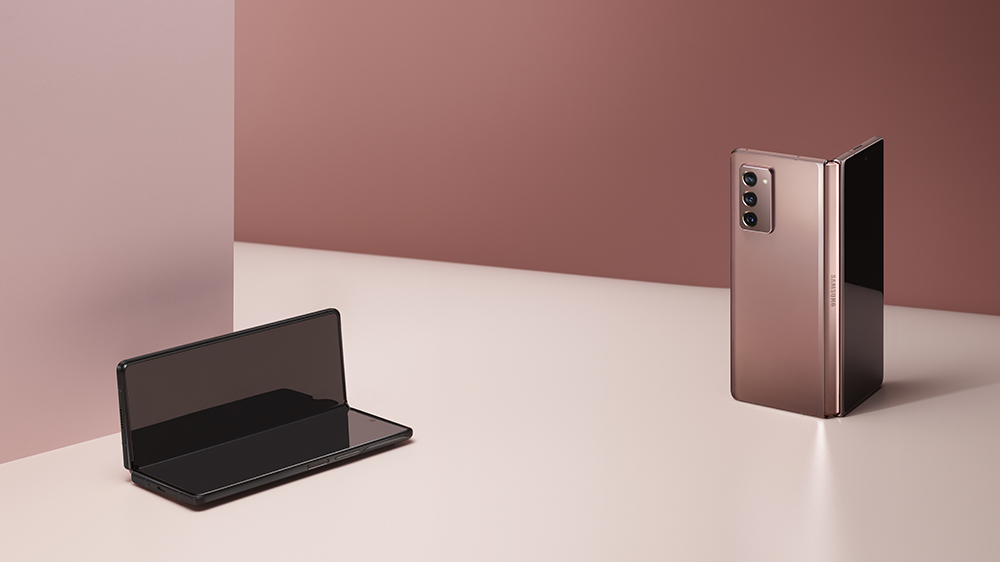 The third time looks to be the charm for Samsung. The company just unveiled its latest folding smartphone, the Samsung Galaxy Z Fold2 5G, and it appears that the company’s foldables are ready for their breakthrough moment.

The South Korean electronics giant publicly showed off its third folding device of the last year—it follows in the footsteps of last fall’s Galaxy Fold and this winter’s Galaxy Z Flip—in a virtual press event on Tuesday morning. And the newest iteration may make you rethink your smartphone allegiances.

While we’ve yet to have any time with the new device, early signs suggest that the company has worked deliberately to address some of the questions surrounding the first iterations. The new phone features a re-engineered design that allows it to actually open up flat without any jiggling. The Infinity Flex main screen, which has a massive 7.6 inches of viewing area (22.5:18 aspect ratio and 2208 x 1768 pixels) thanks to reduced bezel size and a notch-less camera, is now covered in Samsung Ultra Thin Glass, giving it a more premium feel and minimizing creasing.

The new design is anchored by a new Hideaway Hinge, which fits inside the phone’s body when unfolded and gives it freestanding capabilities. This could prove vital if you want to use the device to video-chat with a friend or watch Netflix. The device also employs the same sweeper technology used in the Z Flip to help repel dust and dirt particles.

Of course, usability is still the thing when it comes to smartphones. The latest Fold is for multi-taskers who crave the the power and screen of a full-size tablet in a size that can fit in their pocket. The device’s Flex Mode and App Continuity tech allow you to move fluidly between apps without missing a beat, and the phone’s advanced Multi-Active Window helps you keep track of all your tasks from the main screen. If you don’t want to fully unfold it, the 6.2-inch Infinity-O Cover Screen can do just about everything the unfolded device can.

As with the fold, the device is rife with cameras. There are five: two selfie cameras, one on the cover and the other on the main screen, as well as three on the back of the device, one of which can shoot 4K video. The Galaxy Z Fold2 also features an intelligent 4500mAh battery guaranteed to last you through the day, a godsend if you’re on the road. And, as you may have guessed from its full name, it’s also compatible with 5G if your carrier offers it.

“The journey to reach the next generation of mobile is full of originality and innovation,” said Dr. TM Roh, president and head of Mobile Communications Business at Samsung. “With the launch of the Samsung Galaxy Z Fold2, we closely listened to user feedback to ensure we were bringing meaningful improvements to the hardware, while also developing new innovations to enhance the user experience. Further strengthened by our industry-leading partnerships with Google and Microsoft, we’re reshaping and redefining the possibilities of the mobile device experience.”

The Galaxy Z Fold2 5G, which comes with 256 GB of storage and 12 GB of RAM, is set to go on sale on September 18 for $1,999.99. The device, which will be available for pre-order starting at midnight on September 2, comes in two colors, Mystic Black and Mystic Bronze, and you can choose from four special hinge colors—Metallic Silver, Metallic Gold, Metallic Red and Metallic Blue—if you buy it from Samsung’s site. As with the Z Flip, there will also be a limited-edition Thom Browne edition, which includes a Galaxy Watch3 and Galaxy Buds Live wireless earbuds in the box, for $3,299 on September 25.