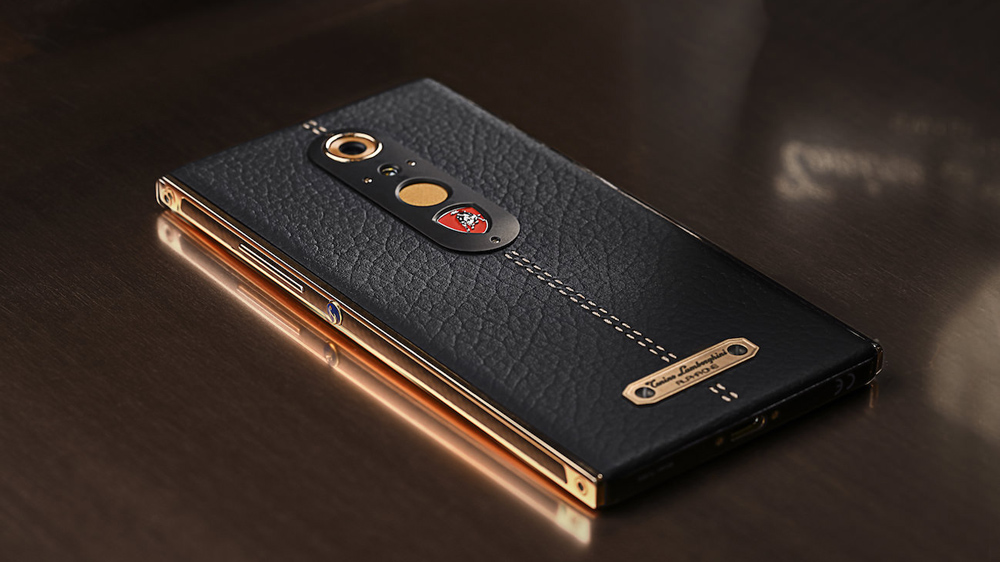 Luxury cellphones have struggled to find their footing in recent years, and with the ignominious collapse of segment leader Vertu last month, the future of tony telephones is in question. But the news isn’t all bad. Tonino Lamborghini, a design firm founded by the eponymous Lamborghini heir, has released its newest addition to the field: the $2,500 Alpha One, which we recently had the chance to spend some time with up close and personal.

No stranger to high-end mobiles, Tonino Lamborghini has released a number of handsets through the years—including the Antares in 2014 and the 88 Tauri in 2015. The Alpha One represents the latest entry from the brand. An aesthetic evolution, the new phone has a much more contemporary, elegant look than the aggressive, almost sports car–like lines of its predecessors.

The first thing you are likely to notice when picking up the phone is the wear-resistant stitched leather adorning the back of its case (it even has a pleasant leathery smell). The case also features detailing (notably on the side rails of the case) made from a material called LiquidAlloy that is highly resistant to scratches, dents, and corrosion—helping to ensure that the phone continues to look as beautiful a year later as it did on day one.

Unlike Vertu phones, which were often criticized for featuring outdated hardware and software, the Alpha One is contemporary through and through. It runs Nougat, the latest version of the Android operating system, and is equipped with a beautiful 5.5-inch AMOLED screen (the same size as that on the iPhone 7 Plus) coated with protective Gorilla Glass. It also features dual front-facing Dolby Atmos speakers that deliver stereo sound as well as a convenient fingerprint reader on the back of the case that seemed to almost instantaneously unlock the device while picking it up.

One nice feature of particular interest to American consumers is the phone’s ability to accept two SIM cards simultaneously. Though popular in the rest of the world, this ability is rarely found on phones released in the United States. When traveling, it allows owners to keep their original number while adding a local SIM card to avoid expensive roaming charges. Back at home, it can be used to add a second number to the phone, allowing it to receive calls and texts for both a business and personal line, for instance.

The phone’s rear camera is also particularly capable. It shoots 20-megapixel images (higher resolution than the Galaxy S8 and iPhone 7) and has both digital and optical image stabilization. Unfortunately, unlike its newest competitors from Samsung and Apple, it cannot shoot 4K video.

Upon turning on the phone, you are greeted with the sound of an engine revving and a splash screen with the Raging Bull logo, which Tonino Lamborghini shares with the famous auto marque. Other than that, software features are largely limited to Lamborghini-themed wallpapers and a custom skin for the operating system that echoes the phone’s black, gold, and red color scheme.

In the end, we were impressed by the Alpha One’s dashing good looks, premium materials, and wealth of features, but there is not much on the technology front that isn’t matched or exceeded by that offered on other phones. That said, you are not paying $2,500 for cutting-edge technology. Ultimately, the appeal of luxury phones rests on its role as a status symbol. While the latest Galaxy or iPhone is accessible to anyone, only a select few can pull a leather-clad phone marked with the Raging Bull crest out of their pockets. And that exclusivity is where the real value lies.