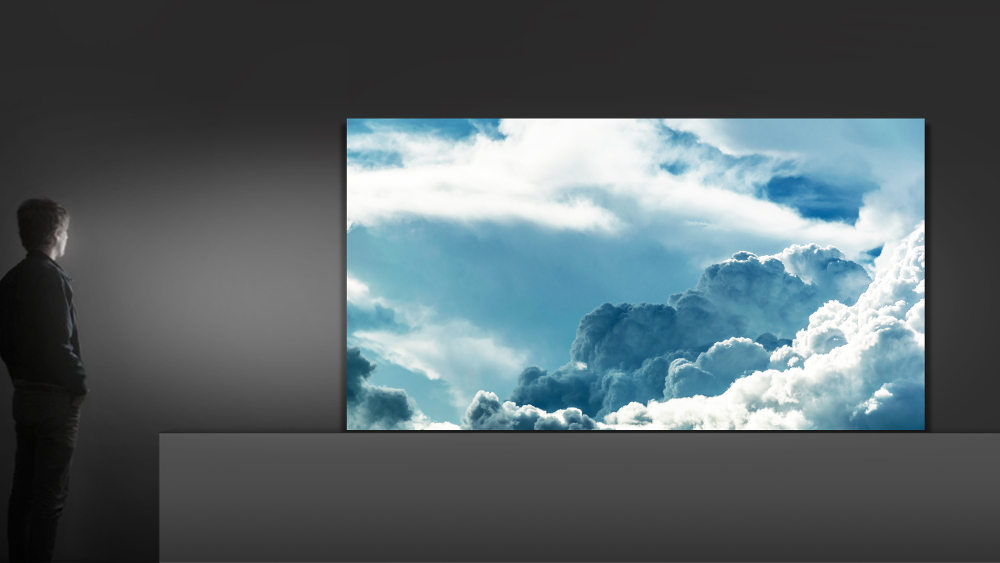 Another Consumer Electronics Show (CES) is in the books, and despite a much-ballyhooed blackout, the show went swimmingly, especially for TV manufacturers, who have a tendency to gobble up much of the show coverage in the mainstream media. That said, the television offerings this year were not as unified in years past, when it seemed like every manufacturer was racing to have the biggest OLED screen or the thinnest set. So without further ado, here is a round-up of the high-end television offerings that you can look forward to—either later this year or hopefully in the near future.

Last year, LG wowed us with its backing-less, ultra-thin W7 OLED TV, even earning Best of the Best honors. This year, the company introduced the follow-up to that TV in the form of the W8, which retains its predecessor’s super-slim profile while upgrading its processor to the company’s Alpha 9 chip. The new processor delivers richer color thanks to improved mapping capabilities and greater noise reduction. Even in less than ideal conditions, the W8 looked absolutely amazing. The other big upgrade for this year is support for LG’s ThinQ ecosystem. This allows users to control their television and other ThinQ-enabled devices around the home using voice commands.

And while the W8 will likely be in living rooms this spring, LG also exhibited some A/V concepts that are a little more out there. The latest entry in what seems to be an ongoing CES tradition, the company showed off an OLED screen that could be rolled down into a storage compartment when not in use. We’ve seen this technology before, but LG’s latest version is 65 inches, a solid size that would be perfect for a consumer model. As always, we’ll stay tuned. Another fun exhibit was LG’s Canyon, a twisting corridor of 250 curved screens that displayed panoramic views of natural landmarks. The experience was amazingly immersive and certainly cool, but not of much value to those outside Vegas.

Another annual show-stealer, Samsung had a couple of stunning models on display, but interestingly, no new OLEDs. In terms of sheer magnitude alone, the Wall, Samsung’s modular MicroLED display that can be scaled to nearly any size, made the biggest impression. The version on display was 146 inches and absolutely gorgeous thanks to its LEDs, which are smaller than usual and emit their own light, giving its exceptional definition and color contrast. Thanks to the modular design, it can fill up any wall in your home. And don’t worry about the sorts ugly bezels between screens that you might think of when imagining a picture wall. The system is so seamless that you need to walk right up to the display to get any hint of dividing lines.

The other big news from Samsung was the exhibition of its new 8K Quantum LED (QLED) television—just in case you were already tired with 4K. The TV was a revelation when playing native 8K content. Even though I was standing just a couple of feet from the set, the detail was absolutely remarkable, with each puddle ripple and leaf of foliage visible in captivating detail. However, in a world where 4K offerings are already limited, native 8K video is a long way off from mainstream adoption. Not to worry: the new Samsung set is equipped with AI technology that upscales any type of content to 8K. Overtime, the AI will learn from upscaling this content and improve over time, rolling out upgrades to take advantage of these breakthroughs. It also uses Google Assistant for voice controls. The TV should be out in the later half of the year, but Samsung will release more information in March.

Sony
Sony’s contribution to the high-end video potluck was an updated version of the Bravia A1E that debuted last year. The new A8F still incorporates the Acoustic Surface technology that uses transducers on the rear of the unit to turn the entire screen into a speaker, but it now has a slightly smaller footprint. Like the W8, the other big story for the A8F is an upgraded image processor. In this case, we’re talking about the X1 Extreme 4K HDR processor, which uses advanced technology to minimize motion blur. Again, what we are seeing is more of an incremental upgrade rather than anything revolutionary.

Sharp was at the show giving demonstrations of its beautiful new Aquos 8K, which is stunning but a bit of a tease, as the TV has only been confirmed for release in Japan, Taiwan, and Europe. There are not currently plans for the televisions to make it to the States. Panasonic added a couple of new OLED ranges to their lineup, but the Japanese manufacturer left the U.S. market in 2016, so if you really want it or the Aquos, you’re going to have to import them. In the case of Sharp, this is due to Hisense, who creates all of the Sharp-branded TVs for the U.S. market. But the company was also pushing televisions under its own name, including the H10E, which has one of the highest number of backlit zones—1,000—of any LED TV and is compatible with Google Assistant.

This was sort of a strange year for TVs at CES, with each brand seemingly taking their own approach to this year’s lineup rather than all chasing one technology. While there were still OLED screens, ultra-thin profiles, and 4K support, there wasn’t a big push in either direction. However, there was one cross-brand constant that may not be super sexy but will likely change the TV viewing experience in more tangible ways than any recent technology—digital assistants. Nearly every manufacturer announce the integration of Google Assistant, Bixby, Alexa, or some other digital AI. So as for the year ahead, get ready for the long-awaited internet of things—because it’s coming in hot.