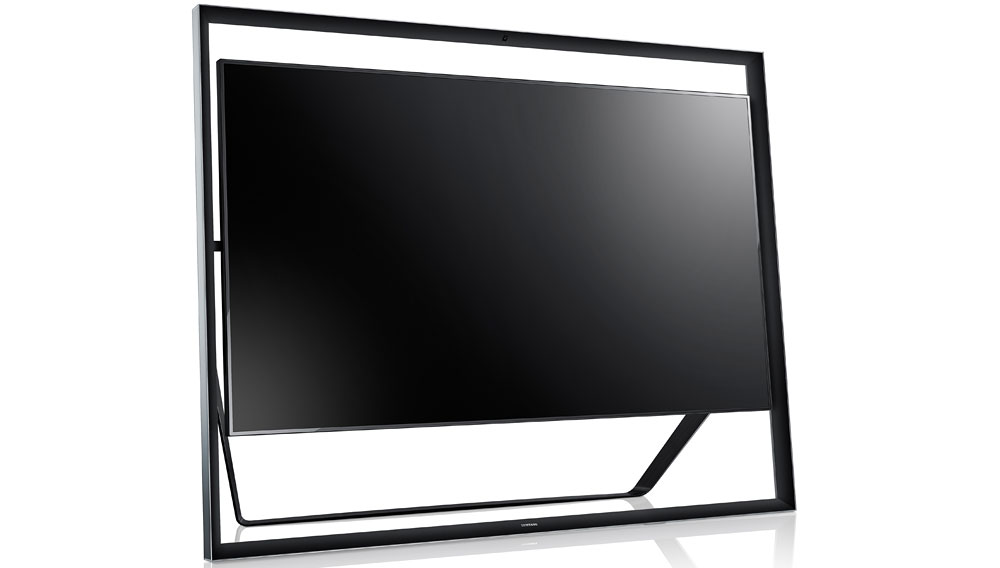 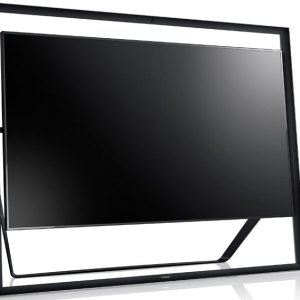 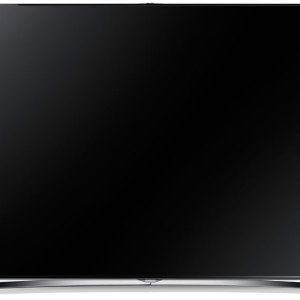 The South Korean electronics giant Samsung, one of the world’s leading TV manufacturers, just announced current and forthcoming availability for its 2013 display panels. The company’s new flagship series, the F8000 LED-edge-lit LCD TV, comes in 46-, 55-, 60-, 65-, and 75-inch screen sizes. The first of the F8000 sets began shipping in March, and the $8,000 75-inch model hits the market in May.

Samsung is revered for its LED screens, and the F8000 embodies what the company does best. It features a sleek bezel that is one fifth of an inch at its thinnest point, as well as a newly designed curved stand for those who choose not to mount the TV on a wall. Technical highlights include the first quad-core processor in a Samsung TV, to enable ultrafast browsing of the set’s countless smart features and content apps, as well as a full array of LEDs around the LCD screen. For the F8000 sets, Samsung implemented a microdimming system able to separately dim hundreds of screen zones along with precision black-level hardware, which both help ensure optimal brightness levels.

By the end of the year, Samsung plans to begin delivering its first 4K model, the UN85S9. This 85-inch behemoth, which will deliver four times the screen resolution of 1080p TVs, will join the Sony- and LG-manufactured 4K sets currently on the market. Few details on the set are available beyond its price—$39,999—and the fact that the company is currently taking preorders. At the Consumer Electronics Show in January, Samsung also showed off a 110-inch 4K TV, on which even fewer details are available. But prospective Samsung owners can rest assured knowing that these models will be well worth the wait. (www.samsung.com)