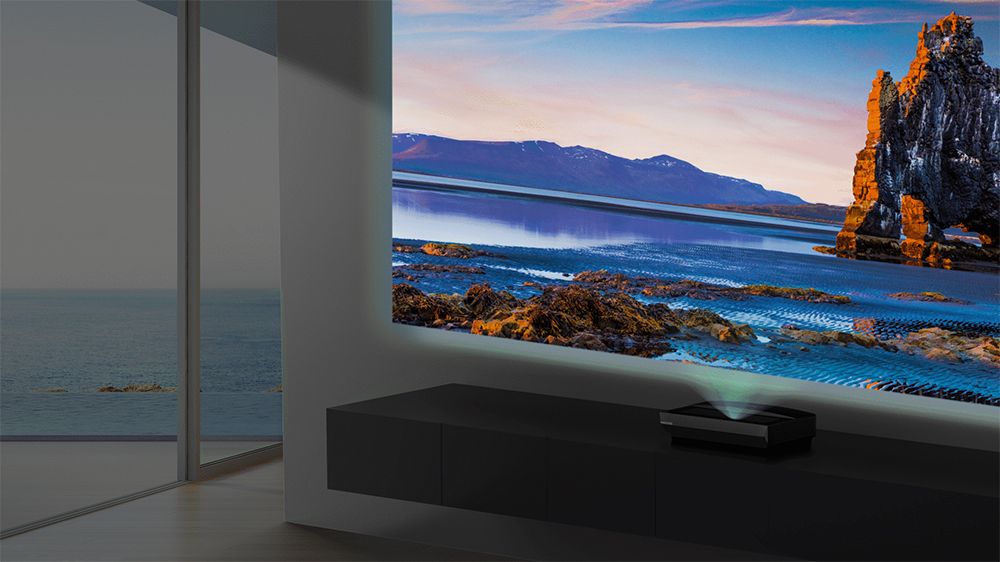 For some cinephiles, nothing beats watching a movie in the theater. Recent advances in TV tech have made it easier than ever to recreate the cinematic experience at home, but few sets are big enough to feel like the real deal. That can’t be said of Bomaker’s new Polaris Ultra-Short-Throw Laser TV, though.

Despite its name, the audio-visual company’s new “TV” is actually a powerful ultra-short-throw (UST) projector capable of projecting a 200-inch image. Like other UST projectors we’ve seen in recent months, the Polaris is an easy-to-use device that basically only needs open wall space to work. Set it up 10 inches away from the wall and it will produce a 100-diagonal-inch images. Move it back 21 more inches and the screen size will grow to 200 diagonal inches. While, we can’t say for certain that that’s the biggest screen size produced by a UST projector, it’s the largest we’ve seen, beating out even the Samsung Premiere LSP9T.

But the Polaris has much more to offer than just a huge throw size. It’s tri-color laser also projects a crystal-clear 4K (3,840 x 2,160 pixel) image at 2,500 ANSI lumens so you don’t have to worry about dimming the lights or anything. It also features HDR10 support, motion compensating technology and onboard sensors that will dim image brightness depending on how close you or other viewers are to the projector. Finally, the whisper-quiet device includes a built-in Dolby Audio sound system so whatever you’re watching sounds as good as it looks. You can also connect your sound system, easily allowing it to be used as a Bluetooth speaker.

If you’re looking to upgrade your home theater now, you can grab your Polaris UST Laser TV by pledging $1,999 to the company’s already-funded Indiegogo campaign. That price, which is available for 28 more days, is a 30 percent discount on the expected retail price.