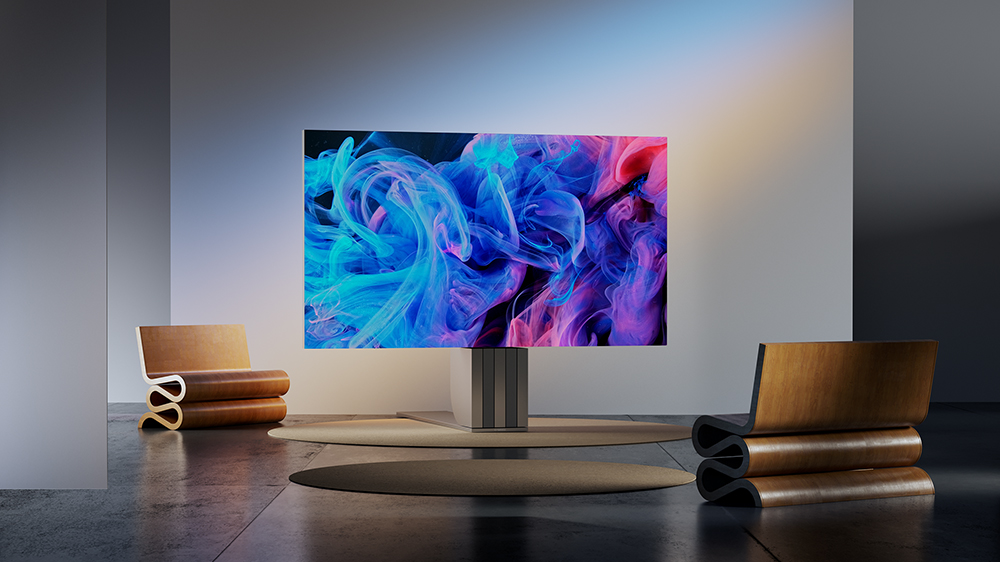 C Seed doesn’t see any reason why a giant TV has to take up so much space.

The Austrian company is back with another folding TV called the N1 that boasts a 165-inch 4K MicroLED display. And unlike the company’s past models, installation of this set should be a breeze.

The N1’s predecessor, the M1, was the first folding 4K MicroLED TV to hit the market when it launched early last year. As amazing as it was, the set had one major drawback—it wasn’t easy to install. That’s because the M1 rose up out of the floor, meaning you had to carve out a not insignificant chunk of it for the TV to be stored in when it wasn’t in use.

Fortunately, that’s not the case with the N1. Its elegant metal base actually sits on the floor—and when you’re not using the TV to binge the latest season of Stranger Things, it folds up into something resembling a minimalist sculpture. The new set may have a bigger footprint when it’s not in use, but it’s also a much more refined and sensible TV.

When you are ready to sit down and watch something on the N1, the TV rises up out of its stand and the screen fans out to its full size of 165 inches. It’s an impressive feat; doubly so when you consider how good the quality of the unfolded display is. The TV’s interlocking MicroLED panels combine to produce a massive screen with 4K resolution. The display has been given a special treatment that allows it to produce truer blacks and vibrant colors, while also reducing glare. The set also has two built-in 100-watt broadband speakers that will help create an even more immersive viewing experience.

Although it tops out at 165 inches, the N1 comes in two smaller sizes—137 and 103 inches—for those of us who don’t need quite so much screen real estate. Pricing starts at $184,000, which is half as much as its predecessor cost.