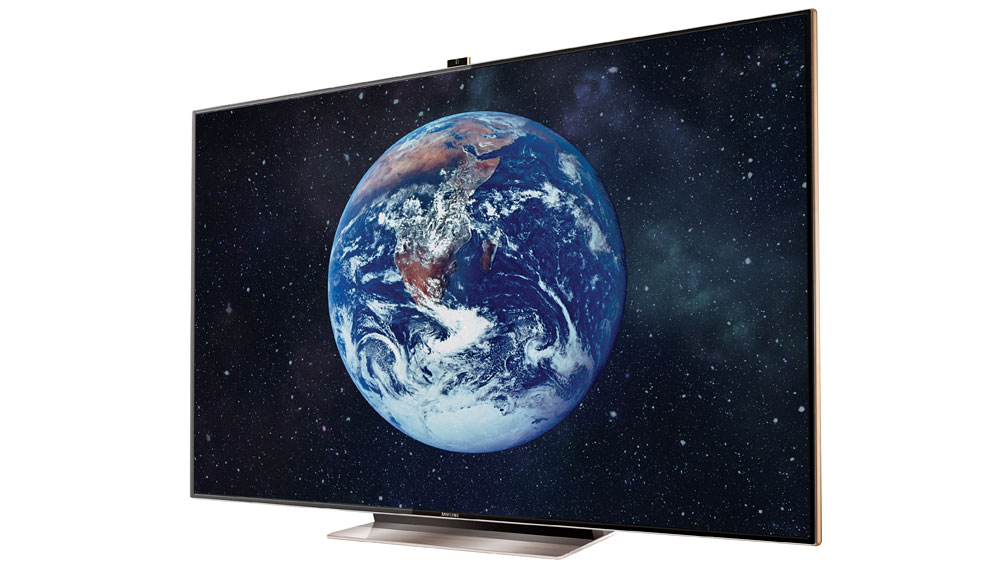 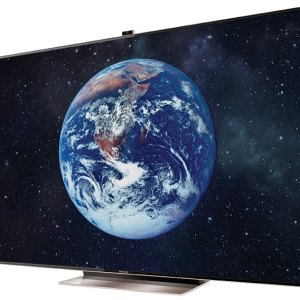 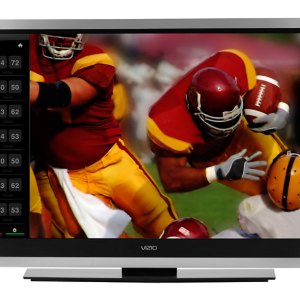 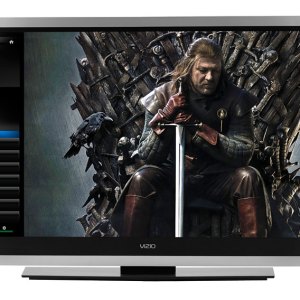 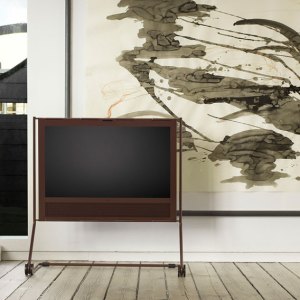 The big news in the TV world during the past year was the debut of 4K TVs, which manufacturers Sony and LG began shipping in October. (Rumor has it that Samsung will unveil its 4K foray at the Consumer Electronics Show in Las Vegas in January.) Named for the format’s 4,000 horizontal pixels of resolution, 4K TVs offer more than twice the screen resolution—and thus detail—of the 1080p video format offered by Blu-ray content. Unfortunately, 4K content is scarce on the consumer market, but the technological leap is a good indication of things to come. This past year also saw the release of the best new TV models from other top brands. What follows is a selection of television sets that should be at the top of your gift list this holiday season.

The newest model from Japanese electronics giant Sony (model number XBR-84V900) delivers a striking level of visual realism, with some 8 million pixels populating the massive 84-inch screen, which uses a full array of LEDs to backlight the LCD picture. Sony is the world’s leading provider of 4K digital cinema projectors in movie theaters and touts its technical prowess with this model, which benefits from the manufacturer’s newly developed XCA8-4K chip. The chip upscales and refines the resolution of any content less than 4K for optimal viewing on this ultra-high-definition screen. The TV also offers 3-D viewing capabilities, delivering full 1080p resolution to each eye during playback of 3-D content, as well as the ability to stream Internet content wirelessly to the TV. The set comes with 50-watt side-mounted speakers, which are optional. Considering the TV’s hefty weight (176 pounds) and price tag ($25,000), Sony offers pre-purchase in-home consultation and white-glove installation for this model. (www.sony.com)

The newest set from South Korea’s LG rivals the Sony 4K TV. In fact, both massive pieces of glass employed for each set are produced at the same display-panel factory in Japan. Like its Sony counterpart, the 84-inch LG 4K TV (model number 84LM9600) allows passive viewing of 3-D content—meaning that the 3-D eyewear that comes with the sets does not use active shutter technology as did many of the earlier generation of 3-D TVs. Passive 3-D viewing reduces the eyestrain and headaches that some viewers experience while watching 3-D content. The LG 4K set also uses a full array of LEDs to backlight the picture, as well as a 240 Hz refresh rate to reduce motion blur during fast-moving sports programming and action films. Like the Sony TV, the LG set offers access to countless apps for streaming content wirelessly over the Internet. The LG 4K TV is priced at $20,000. (www.lg.com)

While Samsung is rumored to have its own 4K TV in the works, in August the South Korean manufacturer took the wraps off its largest set to date. The 75-inch TV (model number ES9000) delivers what is arguably the best 1080p picture from an LED edge-lit set. At less than one-third of an inch thick, its screen is superslim, and its bezel is also slightly curved to immerse the viewer like screens in commercial movie theaters do. The set uses local dimming to optimize black levels and it has a remarkable refresh rate of 960 Hz, the industry’s best. The TV delivers gorgeous 2-D and 3-D content. (It comes with four pairs of new lightweight active shutter glasses for 3-D viewing.) A digital camera is mounted to the top of the bezel, so owners can use the TV for Internet video chatting services such as Skype. Considered Samsung’s best, it is priced at $10,000. (www.samsung.com)

For prospective buyers not in need of a TV as large as 75 or 84 inches, Samsung’s LED 8000 Series sets (model number ES8000), will more than suffice. Available in 46-, 55-, 60-, and 65-inch versions, priced from $2,120 to $4,780, these sets offer some of the industry’s best LED edge-lit pictures, for 2-D and 3-D viewing of content with resolutions up to 1080p. Like the larger 9000 Series, the screens of these sets are ultrathin and designed without much of a bezel surrounding the picture, so when the TVs are mounted on a wall in a dark room the on-screen image appears to float. The sets come with a slew of preinstalled apps, with countless more available through Samsung’s Smart Content and Signature Services. Both the 8000 and 9000 Series TVs have smart remotes, which allow users to interact with the TV using voice commands and physical gestures. (A remote control app is available for Samsung-made smart phones and tablets.) The 8000 Series TVs are remarkably inexpensive to operate: The 65-inch version has an estimated yearly energy cost of just $18. (www.samsung.com)

Japanese manufacturer Panasonic continues to lead the plasma display panel market, and its top sets for this year (model number VT50) further solidify the company’s dominance in producing plasma TVs. Available in 55- and 65-inch versions, the VT50 TVs are priced at $2,500 and $3,700, respectively. The panels are slightly bulkier than the top LED-backlit sets and they consume a bit more power, but these Panasonic TVs deliver unrivaled black levels and a huge color gamut, with crystal- clear details from any viewing angle and in any light condition. The VT50 sets present a 3-D image free from ghosting, as well as a superb 2-D picture with perhaps the smoothest delivery of moving images available, thanks to Panasonic’s patented focused-field drive technology. These are unquestionably the best plasma TVs available. (www.panasonic.com)

Sharp introduced the world’s largest LED-backlit TV last June. The set (model number LC-90LE745U) has a 90-inch LCD screen with a full array of LEDs behind it. With a depth of about 4.5 inches, it is thicker than most LED-lit TVs, but what it lacks in svelteness it makes up for with an enormous and beautiful picture, for both 2-D and 3-D content. It uses Sharp’s AquoMotion technology to produce a refresh rate of 240 Hz for a smooth picture, and it offers plenty of Internet apps accessed via built-in Wi-Fi. This behemoth is priced at $11,000. (www.sharpusa.com)

For design-minded consumers not looking for a TV that will serve as a home cinema screen, Danish firm Bang & Olufsen has the solution. The company released in May the first TV model under its sister brand BeoPlay. The BeoPlay V1 is available in 32- and 40-inch versions ideally suited to the kitchen, den, or bedroom. The TVs utilize an LED edge-lit LCD panel with B&O ICEpower speakers beneath the screen. The BeoPlay is sleek, simple, and easy to use, offering seamless integration with external Blu-ray players, set-top and gaming consoles, and Apple TV. The BeoPlay V1 is priced from $3,250. (www.bang-olufsen.com)

Based in Irvine, Calif., Vizio is the first brand to introduce a full HD TV with a 21-to-9 aspect ratio, which it did at the Consumer Electronics Show last January. The Cinemawide (model number XVT3D580CM) began shipping in June and is currently available with a 58-inch diagonal screen size, though Vizio has a 71-inch version in the works. The TV brings the commercial theater experience into the home by allowing users to view movies in a 2.35-to-1 aspect ratio without black bars above and below the picture. The Cinemawide uses an edge-lit array of LEDs to power the LCD screen, with a 120 Hz refresh rate. Vizio’s 58-inch Cinemawide TV is priced at $1,330. (www.vizio.com)