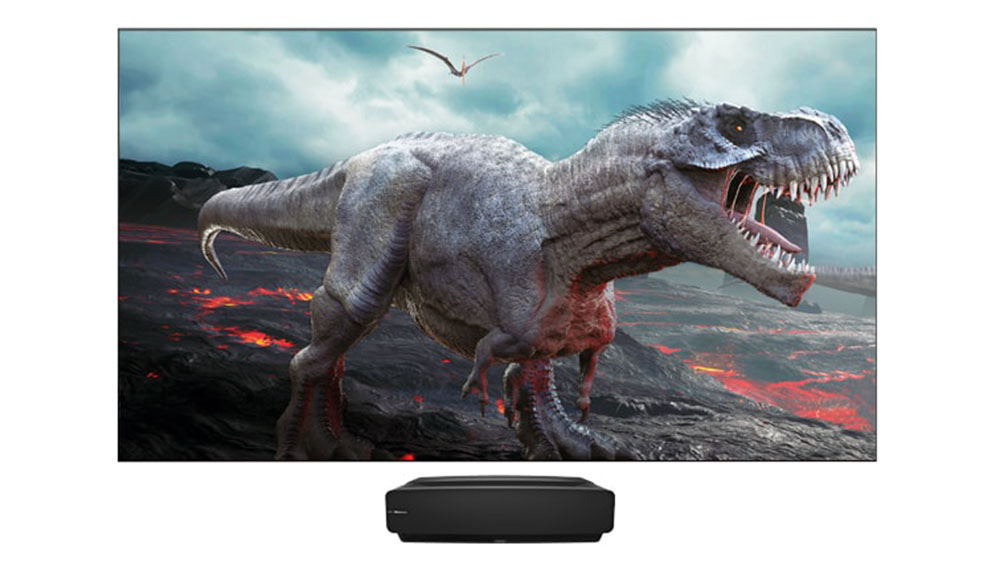 Home theater aficionados were already on the lookout for Hisense’s latest projector attention-grabbing debut at the CES earlier this year. But the Chinese electronics manufacturer has found a way to make the device even more appealing: package it with a 100-inch screen.

The company’s ultra-short-throw L5 Laser TV has finally gone on sale in the US, according to Gizmodo. The device is able to produce a gorgeous 4K image, but what really sets it apart from the competition is its ability to fully project that image on a surface less than a foot away.

The L5’s 100-inch, 4K UHD image is produced by an X-Fusion Laser Light Source capable of producing 2,700 lumens of brightness and lasting more than 25,000 hours (or nearly three solid years). In addition to the laser, it also uses a DLP chip from Texas Instruments that allows it to produce a vivid, crystal-clear picture thanks to pixel shifting and fast scanning. It supports both HDR10 and HLG and can produce over a billion colors, including 83 percent of the DCI-P3 color gamut. The projector also includes the Android TV operating system, has built-in 30W speakers and can be hooked up to your home’s surround system.

Beyond the impressive specs, the L5 Laser TV is also an ultra-short-throw device that needs just 11.4 inches of space to display its 100-inch image on a wall. This cuts down on setup because you don’t need a complicated ceiling mount, just a surface to set it upon. Making that even easier is that the device comes with its own 100-inch ambient light rejecting screen that can be mounted on the wall.

The L5 series smart laser projector carries a $4,000 price tag. While far from a home theater bargain, it’s still a full grand less than the $5,000 Hisense suggested during CES. The projector is currently available for purchase through Amazon and other retailers.