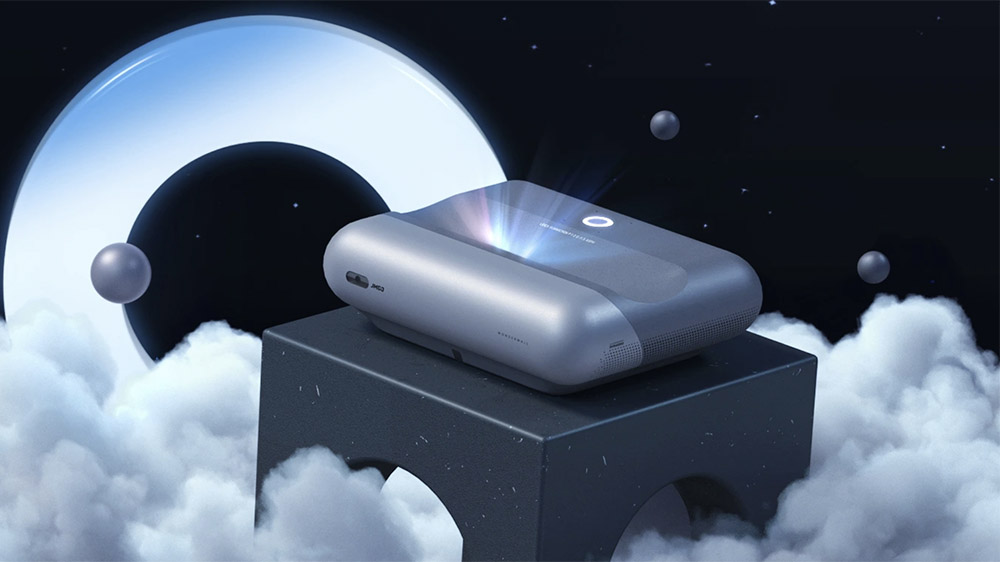 Leica, famous for its high-end photography equipment, is branching out—to the world of home entertainment.

The famed camera maker has collaborated with JMGO on the new O1 Pro ultra-short-throw LED projector. Despite its relatively compact size, the device is powerful enough to fill a wall with a giant, high-definition image from less than a foot away.

This is especially true of the O1 Pro. The projector, which is said to be the result of a full year of “intense collaboration” between the two companies, produces an image that measures 100 inches diagonally from just 9.2 inches away, at a throw ratio of 0.21:1, according to a press release. For comparison, that’s nearly 20 percent better than the impressive Hisense L5 Laser TV projector, which needs 11.4 inches of space to do the same. This kind of performance makes it a good solution for home theater setups where space may be at a premium.

The O1 Pro’s image isn’t just big, though, it’s also high quality. Resolution is 1,920 x 1,080p, and 4K input will be supported, according to New Atlas. The device also features built-in dual speakers from Dynaudio that support Dolby Audio and DTS, so it should sound fantastic as well. If you don’t already have a surround system for your home theater, these should be more than up for the task. The projector will also have JMGO’s Luna operating system, which features Amazon Alexa voice control, as well as Bluetooth and HDMI connectivity.

The JMGO O1 Pro has already launched in China, but the company plans to start selling it internationally starting this summer. Pricing has yet to be announced, but an Indiegogo page has already been set up with the promise of more info soon. If you have a small room in your home or apartment you’ve been thinking about turning into your own personal theater, now you know where to start.