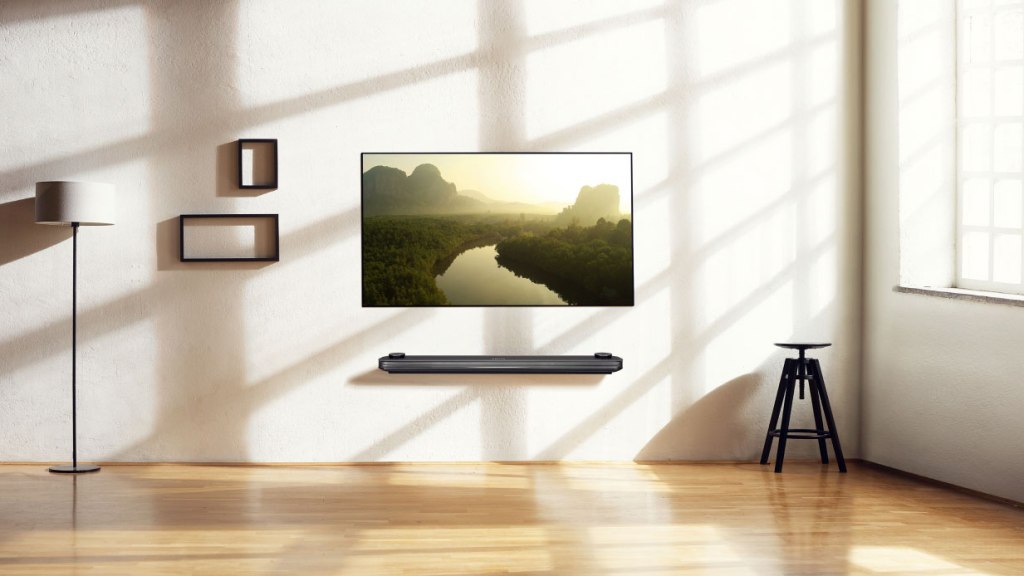 The astonishingly thin LG Signature OLED TV W7 series made quite an impression at the Consumer Electronics Show in January, snatching up an Innovation Award and garnering glowing reactions from tech journalists. In fact, we even bestowed Best of the Best honors upon the 65-inch version that was released in March.

Now, after months of anticipation, LG has finally made the collection’s crème de la crème, the $20,000 77-inch 77W7 model, available for purchase. Though it offers all the bells and whistles that one would expect from a contemporary high-end television—such as support for 4K content, high dynamic range video, Dolby Atmos sound, and smart applications—what really sets the new TV apart from the competitors is its svelte form factor. 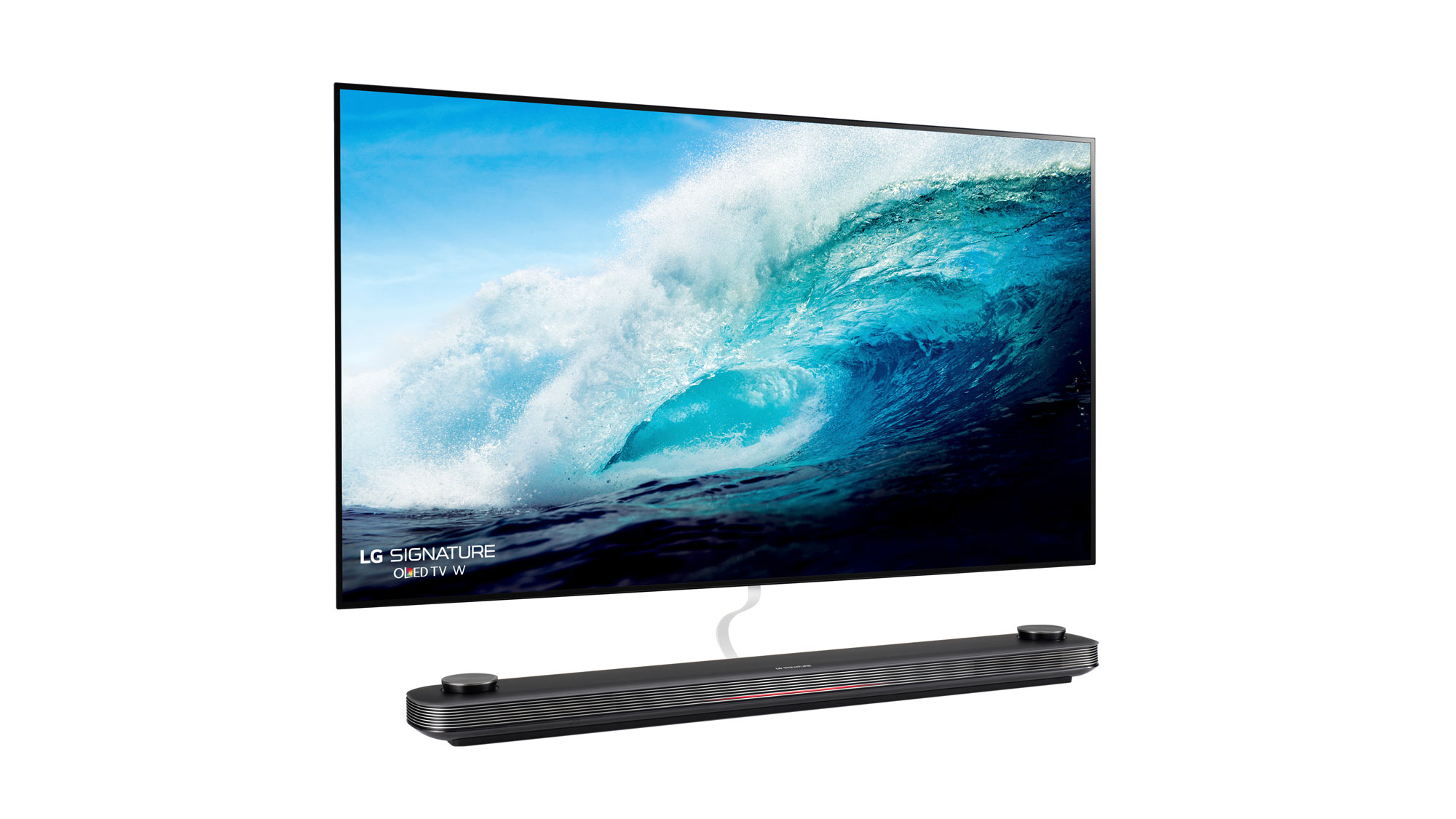 Unlike LG’s previous generation of ultrathin TVs, which comprised an organic light-emitting diode (OLED) panel attached to a sheet of glass for support, the W7 series features no backing of any kind. The results is a panel so thin (less than a quarter of an inch) and lightweight (27 pounds) that the entire 77-inch set can be hung directly on a wall using only magnets for support, getting just about as close to flush with the surface as possible. This bleeding-edge, ultrathin design does come with a drawback: without glass to support the panel, it cannot be set up on a stand. It’s wall-mounted only.

The 77W7 is now available for purchase at retailers across the United States. Sadly, the launch of the company’s new flagship model does mark the end this year’s round of LG debuts that kicked off at CES, but only time will tell what the company has up its sleeve for the next show—and January 9 will be here before you know it. 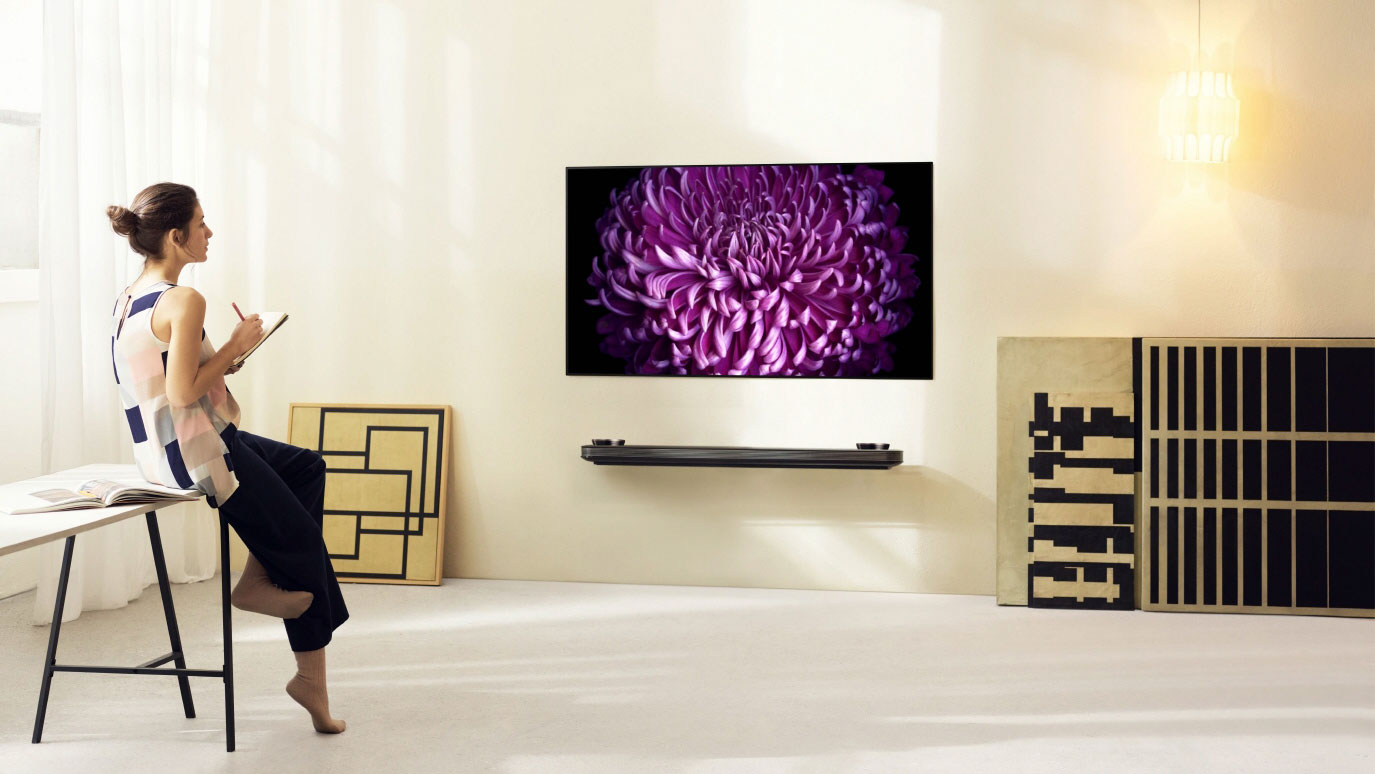 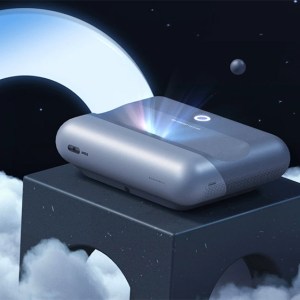