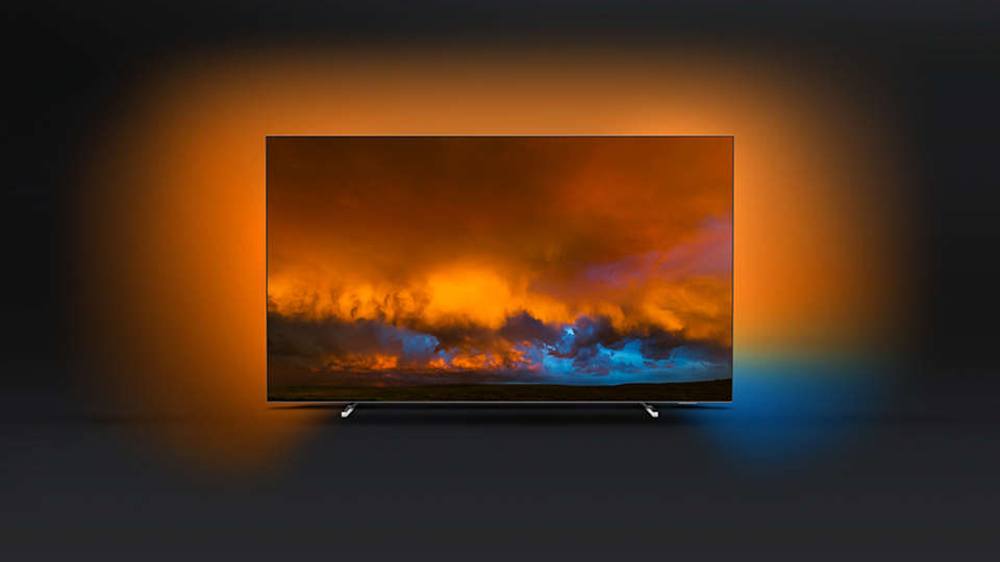 While Americans are able to get their hands on vast majority of the newest and most exciting tech as soon as its available, there are still things they have to wait on. But now we can cross one of those lusted-after devices off the list: Philips’s acclaimed 804 Series OLED TV is finally going to see a stateside release.

At the Consumer Electronic Expo earlier this week, Funai, the company that licenses the Philips brand in the US, announced plans to bring the TV to America later this year. And while there may be plenty of OLED TVs on the market now, this is one that anyone thinking about buying a new TV will want to consider.

The main draw is Philips’s Ambilight Technology, a string of smart LED lights mounted on the back of the TV that will project an infinite combination of colored lights on the wall behind the TV. The LEDs, which work similarly to the brand’s Hue smart lighting system, can be used to match what you see onscreen, which will have the effect of magnifying the image. The TVs can also be set to a neutral 6500K, creating the same effect as professional bias lighting, and improving the screen’s black levels, colors and contrast. The 804 can also be synched to other Philips lighting products so that the lighting takes over the entire room. Not bad, right?

While that’s the TV’s principal selling point, there are plenty of other features likely to win you over. In addition to ultra-sharp 4K resolution, the TV includes Philips’s third-generation P5 processor that will upscale lower resolution content so it actually looks sharp on your screen. It also features support for every major HDR format—like HDR10, HDR10+, and Dolby Vision—which is a first for a US TV. It also runs on Android TV so you can stream your favorite service to your heart’s content and features Google Assistant, which will make use of its built-in mic. It’s also got a unique, double-sided remote that has been called “spectacular” by more than one publication.

No pricing information was made available at CES, but the TV is expected to go on sale sometime this year. Digital Trends reports that the TV will be available in both 55- and 65-inch sizes.