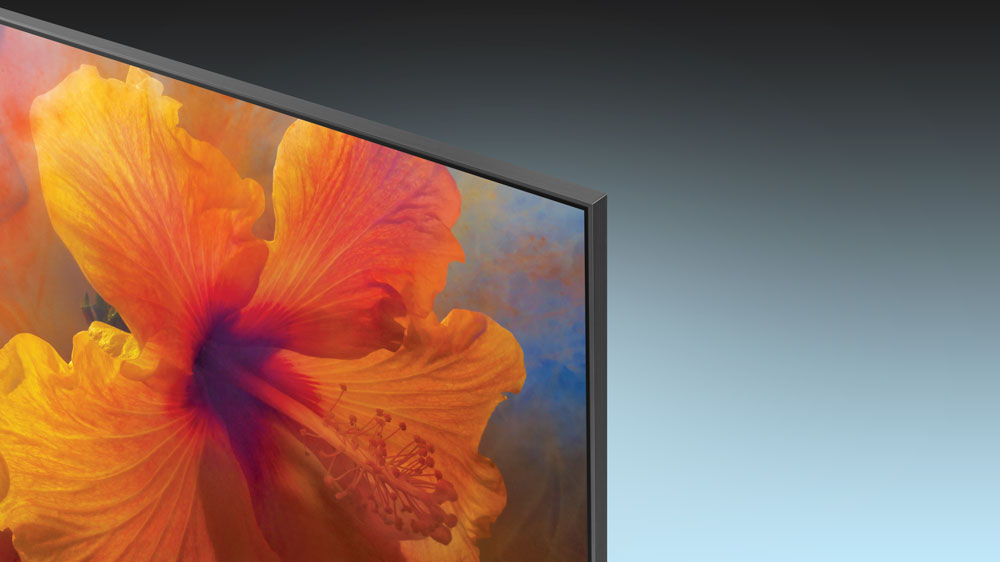 Not to be overshadowed by LG and Sony, which both revealed their latest-generation OLED (organic light-emitting diode) televisions at CES in January, Samsung used the occasion of the show to introduce its new 4K QLED line.

Not to be confused with OLED technology (though perhaps that’s the hope of Samsung’s marketing department), QLED is the moniker Samsung has given its “quantum-dot” technology, which provides outstanding vividness even at the highest brightness levels.

Although Samsung rolled out the rest of the QLED line earlier this year, it saved the most impressive set for last. Now available for purchase, the $20,000 88-inch Q9F is the largest and priciest of the QLED TVs. The quantum dot technology uses an array of minuscule molecules that emit colors when exposed to light (as opposed to OLEDs, which generate their own light). The company says that the technology produces a broader range of colors than standard LEDs, and most importantly, its colors do not get washed out at higher brightness levels.

The Q9F has also improved dimming technology to provide deeper blacks and, therefore, greater contrast  when compared to traditional LEDs. This also brings out more detail in extremely light and extremely dark scenes. Although OLED TVs still have the Q9F beat when it comes to reproducing true black (since in OLED sets, each of individual pixel can be turned off completely), the QLED set is not plagued by the same burn-in and quality degradation that can occur over time in OLEDs.

Of course, as expected on a modern TV, the Q9F is a smart device that comes with a slew of internet-enabled apps. The giant set, which offers about four times the screen real estate of a 43-inch TV, can be mounted on the wall or attached to the included stand. The Q9F is available through Samsung’s website or exclusively through Best Buy stores.