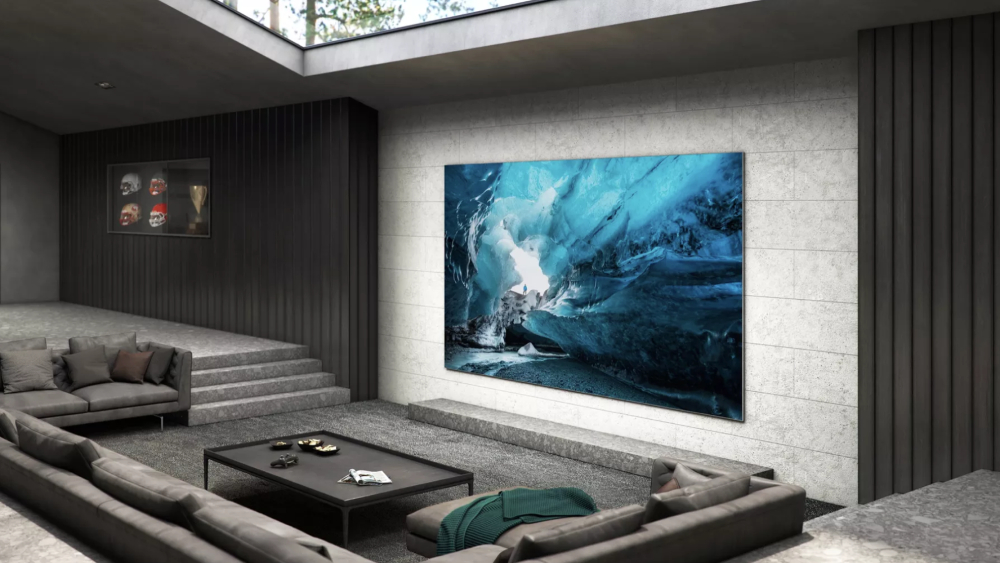 Earlier this year, Samsung unveiled a TV so massive it was simply dubbed The Wall. Now, the tech giant is making that model’s advanced technology more widely available in a (slightly) smaller package.

Measuring a mammoth 110 inches, the newly-announced flatscreen may not be quite as large as the 292-inch The Wall, but still blows most home televisions out of the water in sheer scale alone. Its slender profile will house a MicroLED screen that occupies 99.9 percent of the surface, practically eliminating any border or bezel. Combine that with the brand’s Majestic Sound System that delivers 5.1 channel sound and it may deliver a memorable home theater experience.

“The 110’’ MicroLED uses micrometer-sized LED lights to eliminate the backlight and color filters utilized in conventional displays,” said Samsung in a press release. “Instead, it is self-illuminating—producing light and color from its own pixel structures. It expresses 100 percent of the DCI and Adobe RGB color gamut, and accurately delivers wide color gamut images taken with high-end DSLR cameras.”

While OLEDs have been much-lauded as of late, they still have drawbacks, like their longevity. However, because MicroLEDs are inorganic, they have greater durability and avoid any burn-in that can happen with older OLEDs. Samsung believes the picture of this new mega screen will be viable for about 100,000 hours—about a decade of regular use.

The Wall is formed with modular technology that allowed this kind of MicroLED system to be expanded to just about any size. This model will have a more conventional build in comparison, so its parameters are more limited, but it still creates the kind of premium viewing experience of its predecessor.

The 110-inch TV is currently available for pre-order in Korea with a global rollout expected for sometime in the first quarter of 2021. Samsung hasn’t yet revealed a price, but the Korean models are shipping for around $156,000. We’ll start saving our pennies now.