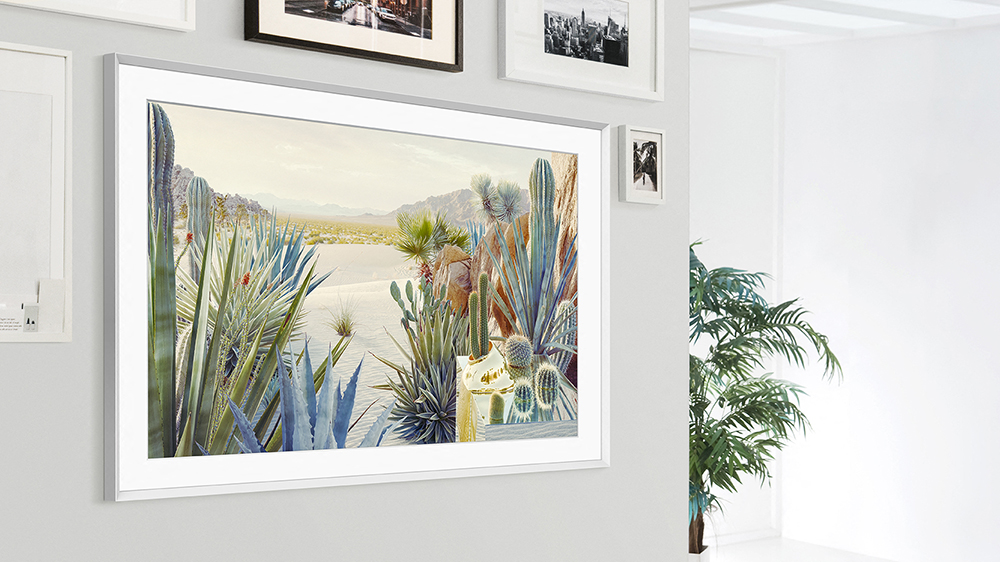 Since an its introduction in 2017, Samsung’s Frame TV has had twin objectives: entertain you with a spectacular picture and enhance your room’s décor. This will become even more true in 2021, as you’ll now be able to watch the stylish TV in either portrait or landscape mode.

The 2021 edition of the lifestyle TV will be rotatable. While the overwhelming majority of video content is available in widescreen format, this unique feature will presumably allow the set to be used for more than just binging your latest favorite show.

Samsung has long pushed the Frame as more than just a TV and with the new feature, which will be exclusive to the 43-inch model, it officially is. While the rotating feature won’t be of much use to most viewers—unless someone like TikTok launches a vertical format streaming service in the near future—it allows the TV to be used for other purposes, like displaying art. And it just so happens that the Frame is compatible with Samsung’s Art Store, a service that features more than 1,400 carefully curated pieces of art that can be downloaded for display.

Samsung is betting that there’s at least some segment of the TV market that craves a set with portrait mode. After all, this isn’t the the company’s first rotatable TV; the feature was also offered on the Sero TV in 2019.

The rotating capability, however, is not the only upgrade to the new Frame. The TV will be much thinner than previous iterations, measuring just 24.9 millimeters thick, which is the same thickness as your average picture frame. The bezel will also now be available in five colors (white, black, red, brown and beige) and two bezel styles (modern and beveled) to better match your room’s décor. It also features improved AI to help curate selections from the Art Store that match your taste.

Samsung hasn’t announced pricing for the new Frame TV, but that’s expected to follow in the spring. If the cost aligns with previous model, it can range anywhere from $600 to $2,800. Size information hasn’t been made available yet, either, but last year’s Frame was available in six models, ranging from 33 inches to 75 inches.