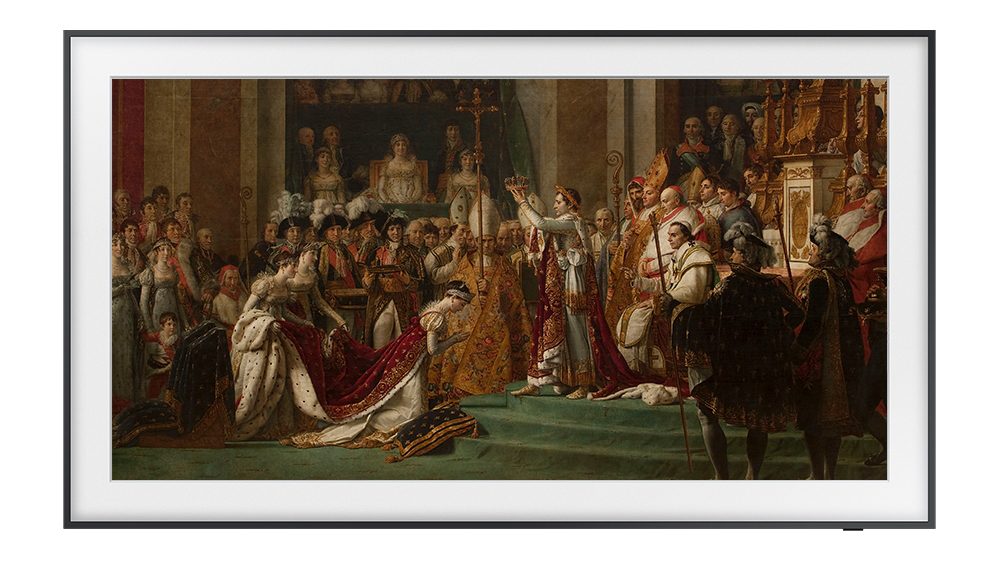 Samsung and the Louvre want to bring the Mona Lisa into your living room.

The South Korean electronics giant has just announced a new partnership with the iconic Paris museum. Starting now, you’ll be able to display some of the Louvre’s most famous works on your wall in high-definition via the company’s Frame TV set.

Since introducing the model in 2017, Samsung has tried to position the Frame as much more than just a TV. In addition to binging all of White Lotus or catch up on the Marvel Cinematic Universe, you can now have the Frame to display some of the world’s great works of art in pristine 4K, using the company’s ever-expanding Art Store platform. The service can access 1,500 works from museums all over the world, including the Prado Museum in Madrid, the Tate Modern in London and the Van Gogh Museum in Amsterdam. Until now, there’s always been one museum name conspicuously absent from that list, but the Louvre is now firmly company’s digital fold.

A photograph of the Louvre Pyramid  Samsung

That’s good news for art lovers. Thanks to the new agreement, 40 works from the Louvre will now be accessible. These include famous works like Paolo Veronese’s The Wedding at Cana, Jacques-Louis David’s The Coronation of Napoleon (pictured up top) and, of course, Leonardo’s masterpiece the Mona Lisa. Photographs of the majestic museum and some of its iconic features, like the Louvre Pyramid and Tuileries Garden, are also available. There’s also the promise of new exclusive content to come before the year is out.

“This year, we are proud to join forces with one of the most famous museums in the world, the Louvre, to enhance this collection and offer a taste of French heritage throughout the world,” Samsung executive Wonjin Lee said in a statement.

The deal just might make the Frame’s 43-inch model even more attractive than before. That $1,000 TV is currently the only model in the lineup that offers both landscape and portrait viewing modes. And with Samsung clearly expanding its Art Store offerings, we wouldn’t be surprised to see the feature become available on other models as well.