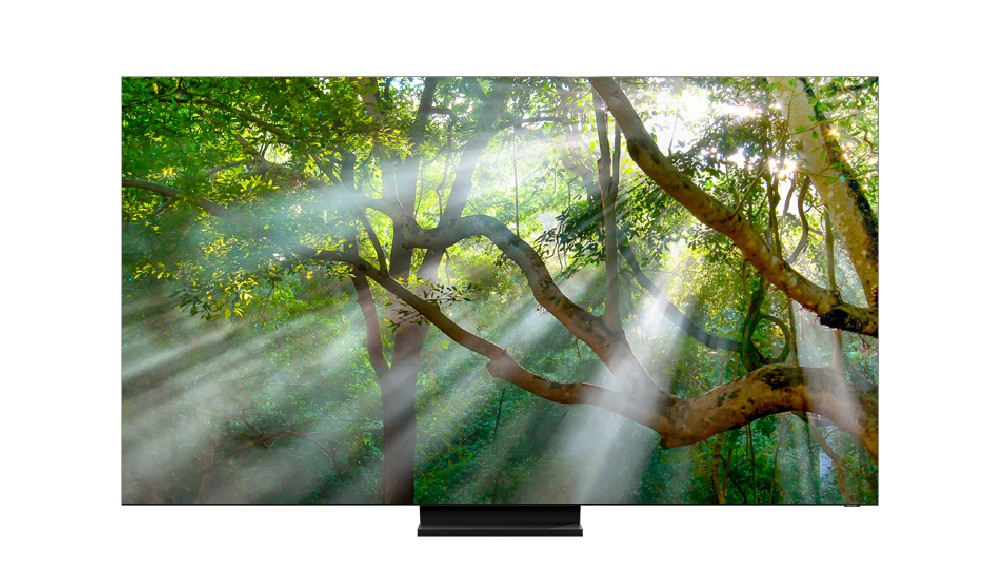 TV screen and bezel size have an inverse relationship with one another. Over the last decade, as TVs have grown to take up more of the wall space in our homes, their bezels have shrunk even smaller. And now Samsung is ready to basically do away with them all together.

On Sunday, the day before the start of the annual Consumer Electronics Show, the South Korean appliance giant unveiled its latest QLED 8K TV, the Q950TS. And while 8K image quality would be an impressive enough feature, what really sets the company’s new TV apart from the competition is its nearly bezel-free Infinity Screen.

The Q950TS does actually still have a bezel, you probably just won’t be able to see it. Measuring a measly 2.3 mm, the frame is basically impossible to make out from 10 to 15 feet away, making it appear as if the image extends to the edge of the TV. According to Samsung, the hyper-thin bezel means that set has a screen-to-body ratio of 99 percent, as opposed to the usual 95 percent, and that extra bit makes a difference.

There’s more to Samsung’s new TV than its Infinity Screen, though. While there is basically no true 8K HD content available for you to enjoy on the Q950TS just yet, its next-generation Quantum Processor 8K will make sure everything you do watch looks phenomenal until then. The processor uses AI to upscale True HD and 4K Ultra content so that it looks better than ever before. Another feature designed to improve your viewing experience is that the set’s FALD backlight that uses a new local power distribution method to improve brightness and reduce stray lighting.

Samsung also knows that the viewing experience is about more than just what you can see. Shrunk down to fit inside its ultra-thin bezel, the TV’s speakers still deliver clear 5.1 channel surround-sound, an industry first for an 8K set. The Q950TS is also equipped with Object Tracking Sound+, which matches sound movement with its place on the screen, and Active Voice Amplifier, which will adjust dialogue volume based on the ambient sounds of the room you’re in.

Samsung has yet to announce pricing for the Q950TS but based on its features, expect the cost to be steep. The company’s Q900 QLED 8K TV, which went on sale just over a year ago, starts at $15,000.