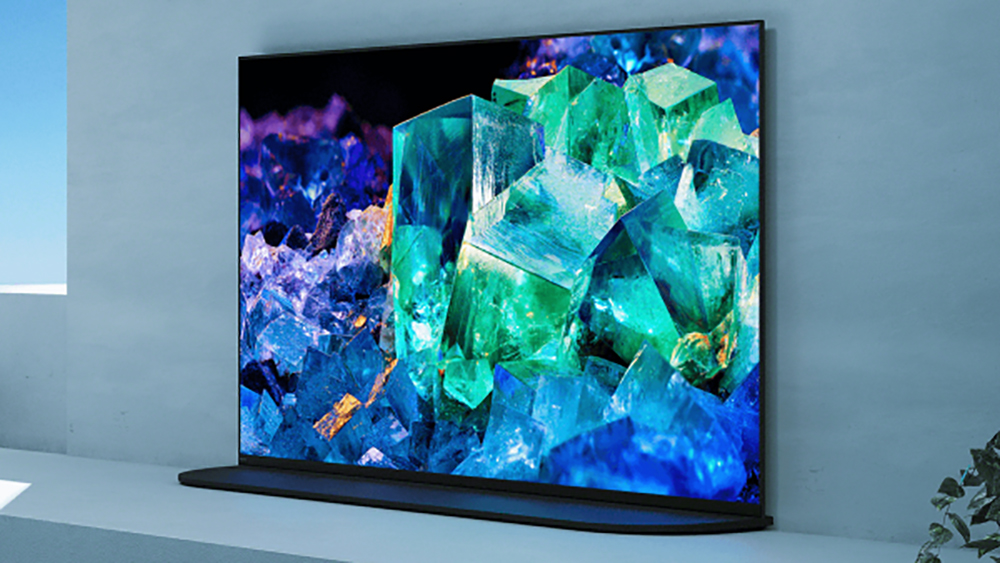 Two of the word’s most recognizable electronics brands are teaming up, and the result is a world’s first: a QD-OLED television display.

Sony’s new 4K Bravia XR A95K TV panel is made by none other than Samsung Display. The display is unique in that it uses three layers of blue OLED material for each pixel, which, according to the brand, provides a longer life span than traditional sets. Sony also claims that the TV’s quantum dot technology “boosts color brightness by up to 200 percent compared to conventional TV’s.”

The partnership is an intriguing twist for Sony, in particular. After all, the brand’s current OLED sets use panels from Samsung rival LG Display. LG’s panels typically use blue and yellow OLED compounds to create white-ish light pixels that are passed through color filters to produce red, green, and blue sub-pixels. In contrast, QD-OLED technology emits blue light through quantum dots to convert some of the blue pixels into red and green without the need for a color filter. Thanks to this, the Bravia XR A95K, which will come in 55- and 65-inch sizes, should be capable of emitting greater light energy efficiency.

Samsung Electronics was rumored to announce a QD-OLED 4K TV at this year’s CES event, but it has yet to happen—leaving Sony with the spotlight. However, QD display panels were first announced in 2019 by Samsung Display. The tech is considered a combination of standard OLED and MicroLED displays that are sold exclusively by the manufacturer. Fortunately for Sony, the panels could be sold not just to Samsung but to other brands.

Notably, Sony will continue using LG Display panels for a few of its other 2022 OLEDs. Two new releases that will be manufactured by the company include Sony’s A90K and A80K displays. All of Sony’s forthcoming OLEDs with support 4K gaming to 120Hz, auto HDR tone mapping when connected to a PS5, and auto low latency mode.

Sony’s 2022 TV sets from both LG Display and Samsung Display are expected to start shipping to customers this spring. Check out the website for more information.