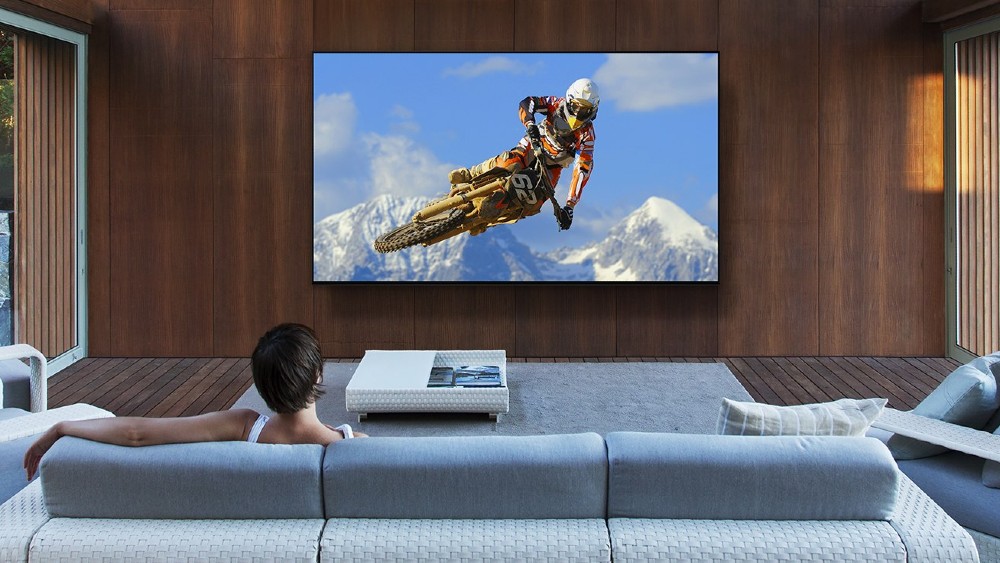 A great trip is wonderful—and so is a reservation at the hottest new restaurant in town. But let’s admit something: these days, one of the highest forms of luxury is a night stationed on your couch, power-watching a few hours worth of the newest hit show.

And while letting the latest episode of Game of Thrones wash over you like a soothing balm is a treat in and of itself, Sony has seriously upped the ante on the fancy factor with its new high-end TV, the Master Series Z9G 8K.

Offered in two sizes (85-inch for $13,000 or $98-inch for $70,000) this television won the “Best of CES” award at this year’s Consumer Electronics Show in Las Vegas. At well over the price of your average car, it comes tricked out with a wide array of jaw-dropping technical bells and whistles.

Features include things like 8K technology that makes for an incredibly immersive and detailed picture, a screen comprised of millions of OLED pixels that self-illuminate and, according to the brand, “can be individually activated to reproduce truly lifelike pictures”—which translates into razor-sharp image clarity.

Naturally there’s Dolby quality audio to match those images, and it comes equipped with Bluetooth—after all, it’s 2019 and every TV needs to be a smart TV. In fact, the TV’s specifications are an electronics nerd’s laundry list of ooh- and aah-worthy details (it comes with a voice-powered remote control, built-in Google Chromecast, backlighting and 16GB of onboard storage capacity). Ditto for the special features that set this TV apart (including its IMAX Enhanced capability, ability to work with Amazon Alexa, and a Netflix Calibrated Mode, which renders the streaming platform’s shows in studio-quality display). All in all, this TV offers a one-of-a-kind experience that is like taking part of a movie theater home with you.

What you’ll come away with is an eye-popping, ear-blasting television experience that will make you feel like you’re in Westeros, not merely watching it. Sadly, the TV won’t be available until June, meaning you won’t have it in time for the Game of Thrones finale. But hey. You can always watch it again later this summer.