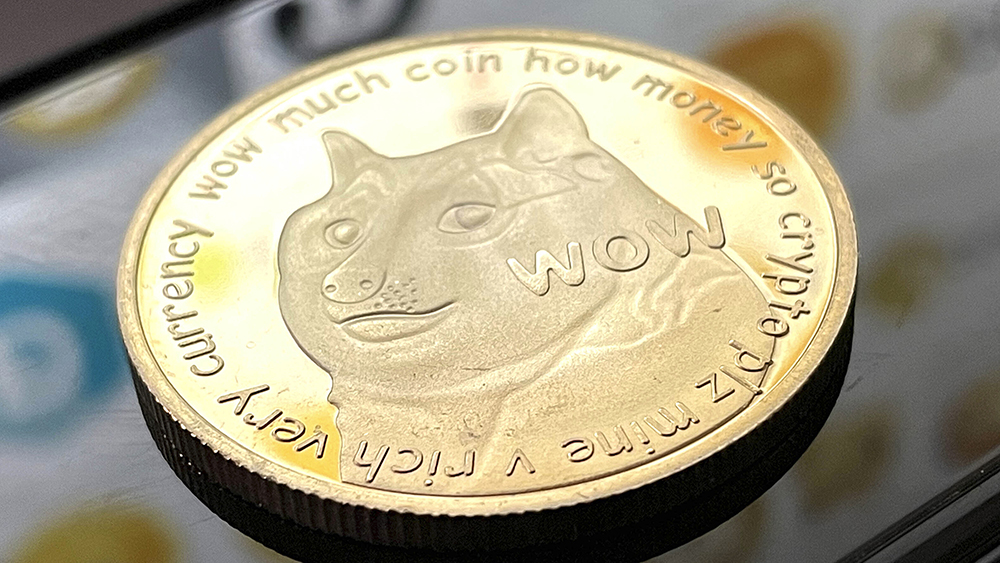 We may receive payment from affiliate links included within this content. Our affiliate partners do not influence our editorial opinions or analysis. To learn more, see our Advertiser Disclosure.

Take the recent decoupling of stocks’ performance from fundamentals or prospects—leading to the sort of market madness exemplified by the run-up in the price of GameStop shares—combine it with the internet’s love of memes, throw in a pinch of fairy dust and hook it all up to a quizzifying Twitter campaign by Elon Musk, and you get the current Dogecoin phenomenon.

The premise sounds like something out of an SNL skit.

This crypto-creation started in 2013 as an inside joke. The goal was to satirize the stratospheric runup in the valuation of Bitcoin, the “serious” cryptocurrency. The trite but Twitter-ready condition—must love dogs—stretched the challenge by choosing an image of a Shiba Inu, the most cat-like of pooches, for the coin’s obverse. The fact of the joke was signaled by its grin—more of a scowl, actually. The name itself was a purposefully misspelled dog and has been mispronounced in more ways than there are dog breeds.

Today, some eight years after it was launched as prank and social commentary, Dogecoin is a publicly traded digital asset with a market cap in the tens of billions. If this digital coin had a reverse, it would surely feature a freakishly long tongue, no longer limited by the confines of cheek. Well, is the joke on Dogecoin’s creators or those who thought it a joke?

Like any cryptocurrency (crypto for short) Dogecoin is decentralized digital money, based on blockchain technology.

As the name suggests, a cryptocurrency is a medium of exchange. Unlike other means of exchange, like US dollars and pounds sterling, however, it’s exclusively virtual. Encrypted and decentralized, cryptocurrency relies on a broadly distributed network of users to verify transactions and maintain its value. (There is no Federal Reserve or other central bank that manages a cryptocurrency.)

Today, you can use cryptocurrency to make purchases at select retailers, though most people still use it as an investment. As for Dogecoin, apart from Dallas Mavericks merchandise or occasional tickets to Oakland A’s games, you may find it hard to spend at a store.

The backside of a golden dogecoin.  STRF/STAR MAX/IPx

Nevertheless, the dog-themed digital currency has brought attention to the crypto space while becoming a star on trad­ing plat­form Robinhood Markets, creating a wave for nonprofit organizations to ride—as of May 6, the American Cancer Society is accepting Dogecoin donations—and generating much entertainment for first-time traders and intrepid followers of online trends.

All this while both Billy Markus and Jackson Palmer, the software engineers who created Dogecoin, have long ago left the project. Markus no longer holds any Dogecoin, having sold his stake back in 2015, making just enough from it to buy a used Honda Civic. Had he held that value—say $10,000 in Dogecoin at the beginning of the year—it would have been worth more than $1.2 million as of DOGE’s recent peak.

We should point out that Dogecoin was never intended to be a legitimate digital store of value, and hence doesn’t have blockchain, mining or development technologies on par with other cryptocurrencies.

Bitcoin—the staid, humorless, mascotless crypto—commands 500,000 times the computing power while offering scarcity to help assure value: the lifetime supply of Bitcoins is capped at 21 million coins. Dogecoin, on the other hand, promises a limitless supply of dogeared tokens, with some 130 billion Dogecoin in circulation and 14 million more minted daily. Its limited supply and greater predictability make room for Bitcoin’s price to rise while Dogecoin’s ubiquity makes it a far more difficult asset to justify holding as an investment.

As it’s seemingly everywhere these days, and because of its spectacular runup in price earlier this year, Dogecoin may be the first cryptocurrency you’ve heard of. The problem is that Dogecoin is in the news for all the wrong reasons. Twitter-happy Tesla CEO Elon Musk seems to have made Dogecoin into a pet project, talking it up in his regular posts in suspiciously disingenuous terms. To be fair, during a recent real-life SNL skit, Musk admitted that Dogecoin was a hustle.

Like its crypto-kennel mates, Dogecoin is extremely volatile and may just be a bubble waiting to burst. Up over 6,300 percent YTD at one point, the coin has fallen more than 30 percent from its all-time high. Just 10 wallets hold 44 percent of all Dogecoin; if a couple of them decide to liquidate their positions, the cryptocurrency could meet an untimely demise.

As with any currency, crypto or not, Dogecoin’s legitimacy must ultimately come from its use cases. It is either widely accepted legal tender or an investment asset that is likely to maintain its value in a predictable way—or both. At this point, it is spectacularly neither. If the tongue-in-cheek phenom’s main claims to fame are the ambiguous smile of its mascot, the awkward pronunciation of its name and nebulous talk of community-building—as in, we’re in on the joke, and we’re still buying because it’s a way of taking power back from the elites—it is a fad, even if one with an indeterminate life expectancy.

Yes, every dog has its day. But no dog can claim all the days in the year, and no human wants to have mere dog tags to show for all their investment savvy. Or—in the vein of internet memes—a T-shirt that complains, Dogecoin ate my dollars.

David Lavie is a writer and editor with two decades’ experience in marketing communications, equity research and publishing. He is a founding partner in Quartet Communications.