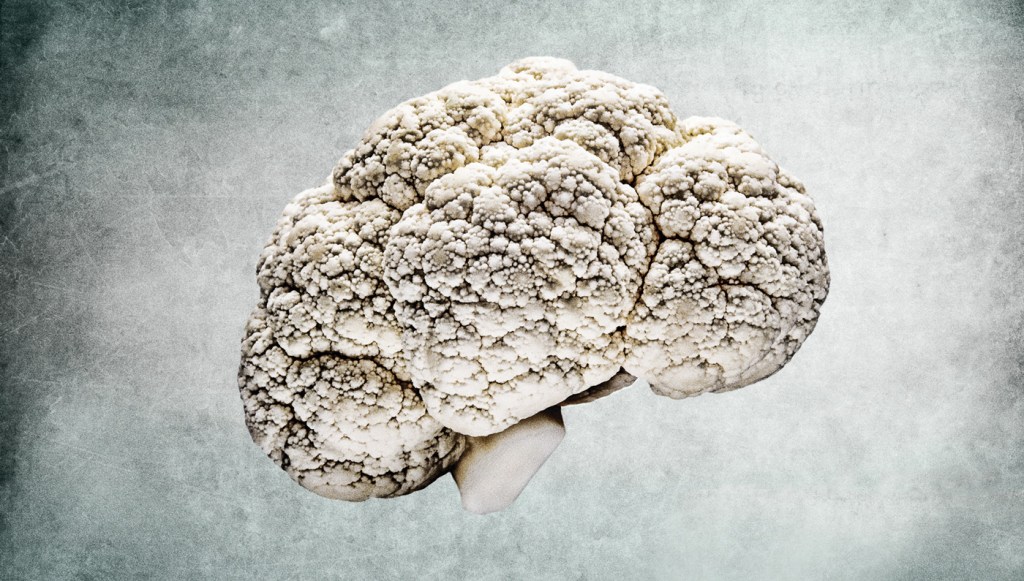 Improve memory, focus, and cognition with these simple strategies from one of the country’s leading experts on longevity.

Of all of the concerns on your mind, your mind likely ranks lowest among them. After all, client meetings, board commitments, and family dynamics probably seem much more urgent than what you can be doing to heighten your brain health as you get older. There is a reason for that, says Gary Small, MD, director of geriatric psychiatry at the UCLA Longevity Center. “Our brains aren’t wired to think too far into the future—they are wired for the here and now,” he says. “The good news is that the most effective brain-health boosters will not only help keep you sharper as you get older, but they will also make you feel good immediately.” Here Dr. Small shares the 10 best tactics to help build brain power with every birthday.

1. Embrace technology. A surprising upside of our devotion to high-tech devices has recently come to light: In a study published in the American Journal of Geriatric Psychiatry, Dr. Small measured the brain activity of older adults as they searched the Internet and found that those who were web savvy had more than twice the neural activation of those with minimal computer experience. “We think technology can actually train our brains to confront mental challenges with ease,” he says.

2. Have a 10-minute conversation. Whether you call a friend, walk over to a colleague’s desk rather than e-mail him or her, or make a point to have a lively conversation during dinner, Small says having even a short conversation can improve your memory and focus: “Social interaction itself has a positive effect on the brain, plus it can reduce stress—another boon to brain health.”

3. Keep stress in check. While it is unrealistic to strive to never feel frazzled, finding ways to manage the stress that life will inevitably bring is crucial. “Stress actually shrinks the memory centers of the brain,” says Dr. Small. “And cortisol, the stress hormone, has been shown to cause temporary memory impairment.” Consider meditation, yoga, or simply prioritizing 30 minutes of private time every day. Find a calming activity and make it part of your daily routine.

4. Tame internal inflammation. Experts agree that many of the conditions and life-threatening diseases we face can be traced back to chronic inflammation in the body—when our immune system is in a near-constant fight against everything from the consumption of unhealthy foods to the unrelenting stress in our lives. “While inflammation is a normal physiological process—it’s your body trying to repair itself—things like not getting enough sleep or carrying extra weight can lead to problems,” says Dr. Small. In fact, chronic inflammation can actually cause the brain to become inflamed. To tame inflammation, eat foods that contain omega-3 fats and plenty of antioxidant-rich fruits and veggies, get eight hours of sleep each night, and learn how to manage your stress, he says.

5. Maintain a healthy weight. In addition to reducing inflammation in the body, reaching—and maintaining—your ideal weight reduces your risk of developing type 2 diabetes, which is important to brain health, says Dr. Small: “Diabetes doubles your risk of Alzheimer’s.” In further support, research shows that obese patients who underwent weight-loss surgery had significant, sustainable memory improvements 12 weeks after their procedure, he adds.

6. Get moving. The benefits of physical exercise for heart health and fitness levels are widely known, but less considered is the good exercise does for the brain. “Physical activity causes brain cells to sprout branches and communicate more effectively,” says Dr. Small. “It also prompts your brain to get bigger, and a bigger brain is a healthier brain.” For those worried about Alzheimer’s, new research points to the power of exercise to prevent the disease. In a study published in the Journal of Alzheimer’s Disease, researchers found that brisk walking, dancing, and even gardening can cut Alzheimer’s risk by 50 percent. One easy way to sneak in more movement, says Dr. Small: Stand more throughout your day. “There is a correlation between the number of hours you spend sitting and the size of the medial temporal lobe in the brain,” he says. “The more you sit, the smaller the memory center in your brain.”

7. Supplement your diet. In addition to eating whole, healthy, anti-inflammatory fare, Dr. Small says there is some evidence that certain foods can give your brain an extra boost. One study published in the journal Evidence-Based Complementary and Alternative Medicine looked at people with self-reported memory problems and found that pomegranate juice improved memory. Other research has found that the spice curcumin (commonly found in curry, from the root turmeric) may boost cognition in older adults; one study found it can improve attention and memory in as little as an hour.

8. Mind your medicines. Have a small army of prescription medications and supplements sitting on your kitchen counter? Dr. Small emphasizes that partnering with your doctor to discuss them can ensure you are not taking more than you truly need. “However, once you and your doctor decide which medications are important for you to take, be sure to take them,” he says. “For example, if you have hypertension, taking your blood-pressure medicine can go a long way toward protecting your brain.”

9. Postpone retirement. While some may be eager to trade their day jobs for time spent traveling and relaxing, keep in mind that retirement actually accelerates cognitive decline, says Dr. Small. “There is something about being in the workforce that gives meaning to life, which tends to keep us sharp.” If you do decide to stop working, he advises, make sure you stay socially engaged and physically active.

10. Play memory games. Stimulating the mind is one way to stave off common memory complaints like lost keys and trouble recalling names, says Dr. Small. He recommends a “look, snap, connect” approach when you want to remember something: Actively observe what you want to learn (look), create a vivid snapshot of it in your mind’s eye (snap), then visualize a link to associate with the image (connect). So, for example, if you want to remember your new coworker’s name, really look at her, take a mental snapshot of what she looks like, and make a connection between her name and appearance (for example, Sue Bangel has bangs). “Not only can this technique compensate for everyday memory issues,” says Dr. Small, “but it may also have sustained benefits for many years into the future.”