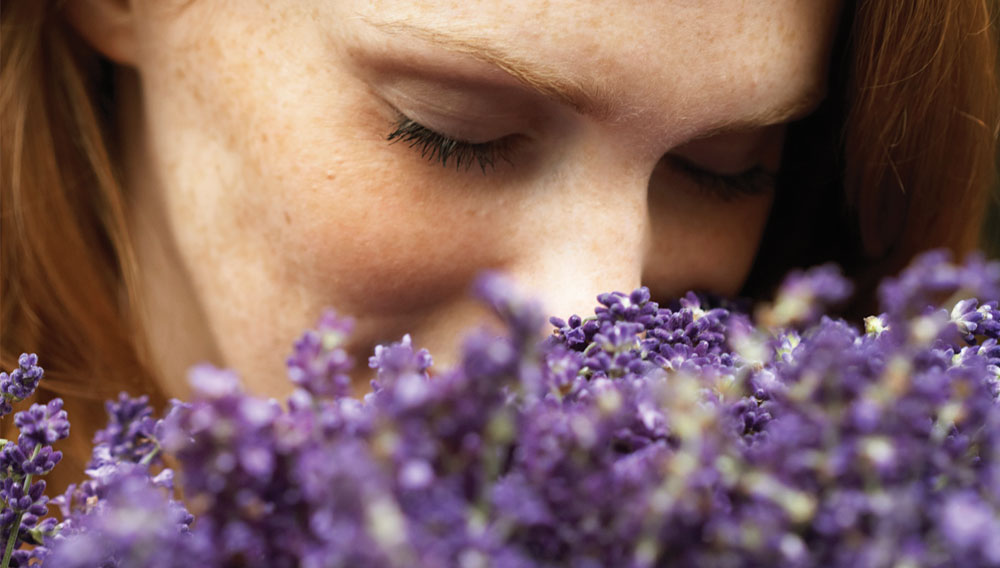 Mark Albers, MD, PhD, is developing a set of simple but powerful tools that examine the cognitive processing of odors to screen for the very earliest stages of preclinical Alzheimer’s Disease. “Ultimately,” Albers says, “we are hoping to develop a test that would be noninvasive and cost-effective that could be given to essentially everyone over the age of 50.”

His research is directed at determining if smell can serve as a preclinical biomarker for those who are at high risk for conversion Alzheimer’s Disease. “This could be valuable for enrollment in prevention trials, and may also serve as an outcome measure over time, to determine if a drug is changing the course of the disease,” he says. Dr. Albers is an Assistant Professor of Neurology at Harvard Medical School and a researcher at the MassGeneral Institute for Neurodegenerative Disease.

It has been known since the 1970s that the sense of smell declines with age, “but as in a lot of other areas of aging research, what we consider ‘normal aging’ is changing. It may be that decline of olfaction over time represents preclinical AD,” 10 or even 20 years before cognitive symptoms emerge.

The AD-related loss occurs very gradually, he says, and is rarely noticed by the patient. This has practical clinical implications: “Most people who are aware of a loss of sense of smell have a peripheral problem,” such as sinusitis. In contrast, about 90% of AD patients have diminished olfaction, but very few will report it.

“Olfaction may be particularly sensitive to Alzheimer’s Disease,” Dr. Albers says, since it involves two different regions of early AD pathology: the olfactory bulb, which is the first way station for olfactory information in the brain, and the entorhinal cortex, which receives input from the olfactory bulb and is a gateway to the hippocampus, the seat of episodic memory. Dr. Albers is exploring this circuitry in mouse models, examining the effect of known AD genes expressed solely in these areas. Among other results, he has found that the plaque-forming a-beta protein disrupts neuronal function and connectivity even before amyloid plaques accumulate, a finding with important implications for understanding AD pathogenesis.

But multiple brain centers beyond the olfactory bulb and entorhinal cortex are likely involved in AD olfactory dysfunction, since smell identification includes not only a sensation, but association, recall, and naming. In people, Dr. Albers uses three different odor tests to explore different aspects of olfactory deficits.

Patients with dementia, he says, have difficulty on the most basic task—determining whether two odors, presented in a single session separated by a minimal delay, are the same. Normal subjects and those with mild cognitive impairment (MCI) perform this task with relative ease, but it presents challenges for a person with dementia.

A harder task is odor identification. We all recognize certain smells, such as citrus or cinnamon, but finding the appropriate name can be difficult. “There are no direct connections between the olfactory processing centers and the language centers,” Dr. Albers says, “so it’s too hard to name a smell if you give the odor with no verbal cues.” In the test, therefore, the subject is asked to choose the name of the odor among four possible choices. Those with normal cognition do well on this test, but many with MCI do not.

An even harder test is called the “perception of odor episodic memory screen,” or POEMS, which combines elements of odor identification with a test of episodic memory. “We are finding that patients with dementia do poorly, as you would expect. But 25% of cognitively normal subjects are performing at the same poor level as AD patients.” Dr. Albers will now be following these individuals over time to see if they are at higher risk for developing AD. Those most at risk for AD might then undergo neuroimaging to assess their burden of plaques and tangles, and when treatment becomes available, begin anti-amyloid therapy.

“Olfaction is unique among our five sensory modalities, because there is a lot of plasticity embedded into the neural circuit dedicated to olfaction,” notes Dr. Albers, a function of the vast but unpredictable array of odors to which we may be exposed over the lifetime. That plasticity likely makes the odor circuitry, like the higher centers of the brain, vulnerable to the ravages of AD. “It may be that Alzheimer’s Disease is going to turn out to be one of the unfortunate consequences of all the wonderful things our brains can do.”