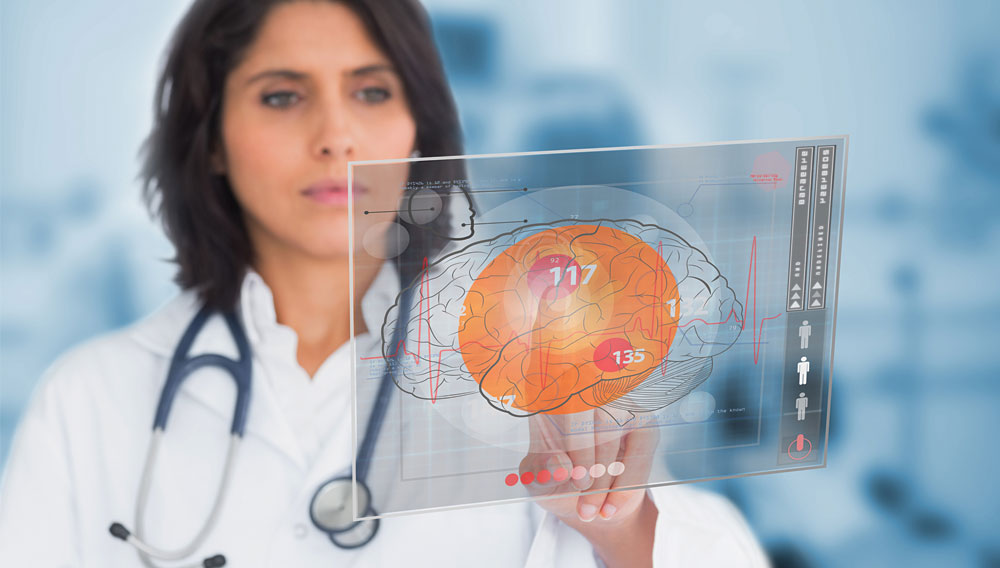 Even as medical researchers quantify the impact of empathy on patient care, neuroscientists are uncovering the physiological mechanisms at work when physicians connect with patients on a human level. Watching someone in a particular emotional state, recent studies suggest, sets the same neural circuitry in motion as when we ourselves experience that emotion, triggering corresponding responses in the nervous system and the rest of the body. For example, when people see or anticipate seeing someone they love in physical pain, similar regions of the anterior cingulate cortex and the insula in the observers’ brains are activated as when they feel pain themselves. And salivary cortisol, a stress hormone, rises in people listening to a stressed-out speaker.

If the experience of empathy is marked by specific neurobiological events, what might a lack of clinical empathy look like in a physician’s brain? A study led by Jean Decety, professor of psychology and psychiatry at the University of Chicago, offers hints. Decety placed scalp electrodes on doctors and nonphysician control subjects, and had both groups look at images of people either being pricked by a needle or touched with a cotton swab. The electrodes recorded “event-related potentials,” or ERPs—electrical shifts in brain responses linked to specific stimuli.

Whenever nonphysicians saw someone in pain, Decety found, their ERP recordings showed heightened bursts of activity at two points: one in the frontal region of the brain as early as 100 milliseconds after the picture was presented, and the other in the brain’s centroparietal regions after 300 to 500 milliseconds. The earlier reaction is thought to be an automatic response to another’s pain, while the later one is associated with a more cognitive stage of processing—a conscious recognition of what the subject is experiencing.

For physicians put through the same regimen, though, it seemed to make no difference whether they saw people being touched by cotton swabs or pricked by needles. Neither image provoked an upsurge in ERP recordings. What this suggests, according to Decety, is that physicians’ training teaches their brains to downregulate, or inhibit, the negative arousal most people feel when they witness another’s pain.

Whether that’s good or bad, says Jodi Halpern, depends on the circumstances. “Surgeons cutting into someone might say they need the kind of emotional detachment Decety is finding in doctors,” says Halpern, a psychiatrist, philosopher and associate professor of bioethics and medical humanities at the University of California, Berkeley, who has been studying clinical empathy for more than a decade. “But when you’re talking to the same patient afterward and saying you see the irreparable spread of cancer, you do want to resonate with that patient’s experience. Physicians need to be able to cultivate different levels of empathic engagement.”

And what if, as Decety’s research suggests, doctors’ training has leveled out their responses to patients? It stands to reason that additional education and experience could help them learn a fuller, more versatile range of empathic behavior.