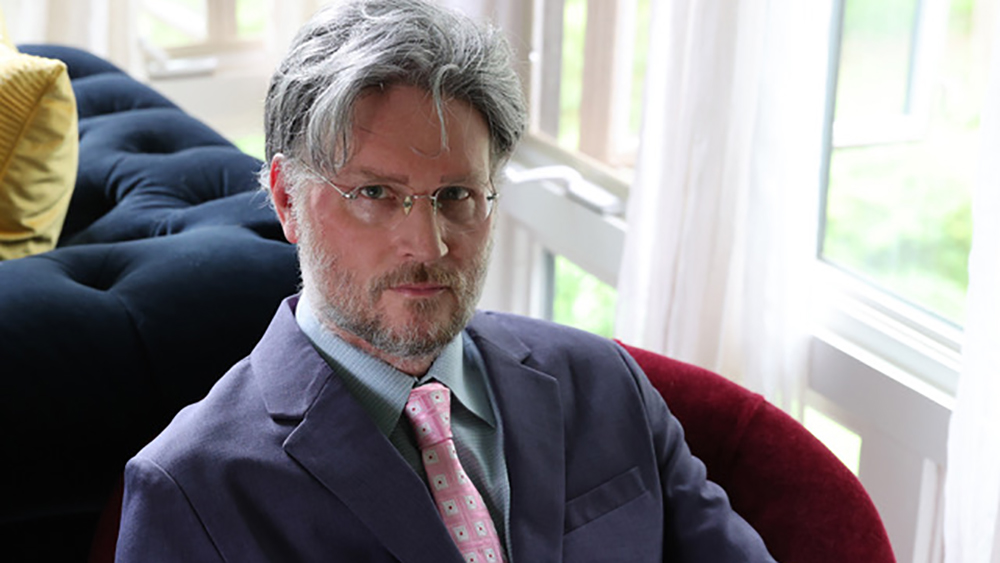 There are unhappy childhoods, and then there are unhappy childhoods. Augusten Burroughs knows the territory intimately. His bestselling book turned film, Running With Scissors, famously and, strange as it sounds, hilariously recounted his memories of his mother dumping him at the home of her off-kilter psychiatrist, where the oddball collection of residents also included a pedophile living in a backyard shed.

But, in the first of several phone conversations this past spring, Burroughs tells me that his goal in putting his harrowing past onto the page was not, at least initially, to become a published writer. He says he merely wanted to “fix myself.” Writing it all down—the abandonment, the sexual abuse, the neglect—enabled him to make sense of what had happened and then to move forward. “It put the power of transformation literally into my own hands,” he says. (The family of the psychiatrist, who lost his license to practice medicine, challenged the veracity of many of the book’s anecdotes. Their lawsuit against Burroughs and his publisher ultimately settled.)

Eight volumes later, Burroughs is now putting his energy into helping others process their trauma, addiction or depression with a regimen he has trademarked as Focus-Directed Writing. “It’s not writing that’s meant to be read,” he notes. “It’s a thought process you go through.”

At Five Foxes, a wellness retreat that opened this July in woodsy, bucolic Connecticut and is run by the established private rehab company Privé-Swiss, Burroughs will coax clients to dig deep and then to find a way to accept what has happened and put the lessons learned to good use. “Knowledge is the enemy of rote, mindless, destructive behavior,” he says.

Prior to Five Foxes’ opening, Burroughs agrees to coach me through an abbreviated version by phone. Step one: Embark on a daily 10-minute practice of stream-of-consciousness writing. “Write as fast as you possibly can,” he instructs. “You don’t pause for an instant, not to correct a spelling error or typo, not to consider punctuation or what word to use, not to think about how better to articulate your thoughts.”

These bursts are not exactly journaling, though there may be some overlap, but rather are meant both as an exercise to ease non-writers into the practice and as an initial probe into a guest’s troubles, a kind of structured mindfulness. “I strongly encourage people to share it [with me] so I can zero in on the area that needs to be focused on”—that’s the “directed” part, Burroughs says, calling it a “collaborative process.” Some clients also bring the writing exercises to their regular therapists. “It’s a brilliant complement to traditional therapy because it provides the therapist with a great paper trail.”

“It’s about getting to the rock bottom, the objective truth, about what happened to you,” says Burroughs.  Green Chameleon/Unsplash

A therapy neophyte, I decide to examine a relationship that has badly frayed, perhaps beyond repair. Since I am a professional writer, Burroughs suggests on our second call that I jump to a later protocol and write a letter to this person—I’ll call them Alex—not with the intention of ever mailing it but as a means of excavating how Alex has hurt me. I spend the weekend mulling, trying to verbalize my bruised feelings.

On our next call, I read Burroughs my letter. “That’s excellent,” he says encouragingly. “There’s a lot to look at.” He then astutely notes that, while the assignment was to write a letter to Alex, “what’s striking is that the fourth word in” names Alex’s spouse, Jordan. We discuss how Jordan has become a wedge between Alex and me. He also calls me out for using “soft words”—“jerk,” “doormat”—which he dismisses as lazy. “Colloquially, we all know what you mean,” he says. “But we need to define the behaviors you’ve seen.” Noting that Jordan eats up most of the letter, Burroughs floats the idea of writing a second missive specifically to them.

“I poke and prod,” Burroughs says. “It’s about getting to the rock bottom, the objective truth, about what happened to you.”

Only then, he says, can the client reach the goal: integration, aka “owning it.” Referencing the sexual abuse he endured as a child, he explains, “What integrating this means is accepting that we’re all houses made of brick and every single brick is essential to the structure. The sexual-abuse brick you want to take out, you don’t get to take out. We don’t get to alter the past in any way, shape or form, no matter how horrible. So we have to fully accept that yes, it happened. Then we have to own it, and by own it, I mean, ‘This has altered me. What new knowledge do I have? What gift do I have tucked away in the folds of trauma?’ ”

In my case, Burroughs says, I’d already instinctively found a way to “recycle” my hurt by teaching my daughters to cherish and prioritize each other and their relationship, which gave me a certain solace and even a bit of pride. In his case, that gift is developing this writing tool to help others. “I’m very good at being useful to people,” he says. “I could not care less about being an author now.” From $50,000 for one week