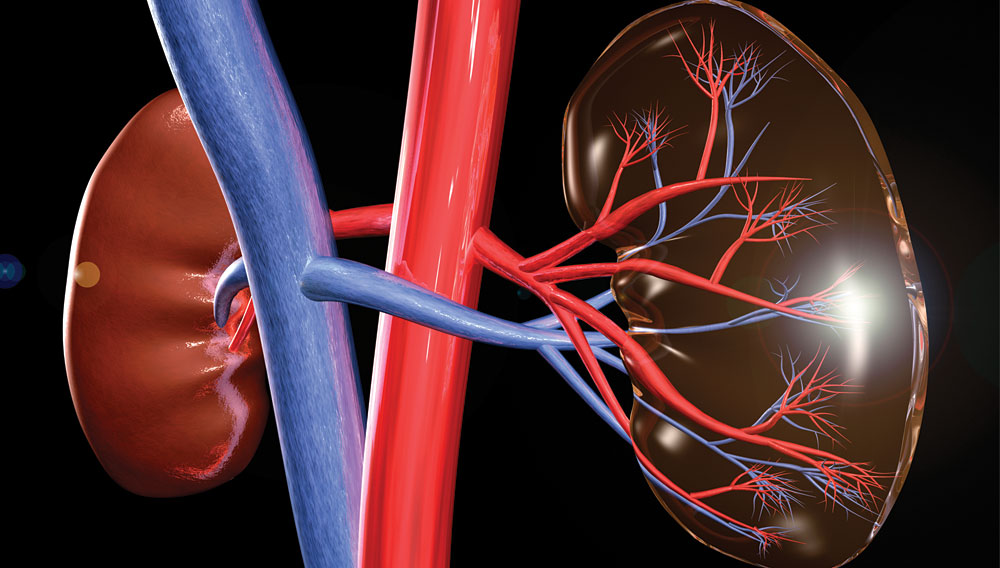 Thomas Gagnon was leading a Boy Scout troop in August 2010 when his exhaustion and back pain became unbearable. Unable to ignore his symptoms, Thomas visited his primary care physician, who suggested the 53-year-old see a nephrologist, or kidney specialist.

Thomas’s kidneys were failing. He was referred to the Massachusetts General Hospital Transplant Center and by the time he arrived for his three-part, multidisciplinary evaluation in October 2011, Thomas had identified family members willing to donate a kidney to him. He and his wife, Karen, were prepared for the transplant surgery ahead.

But at 341 pounds with a Body Mass Index (BMI) of nearly 44, in addition to type 2 diabetes and high blood pressure, Thomas was considered too high-risk to be a candidate for transplantation. His transplant team referred him to the Massachusetts General Hospital Weight Center.   Incredible Awakening The Gagnons were devastated. “He was going to die because he was not going to be able to get a kidney,” Karen says.

Both Karen and Thomas had felt the pressure of Thomas’s goal to lose weight and gain control of his diabetes. Thomas was sure he could do it himself, but he was eating just 1,200 calories a day without losing weight.

“I was not one who would come to this, I didn’t believe it,” he says of treatment at the Mass General Weight Center. But, he realized, “I was doing everything right, and it wasn’t working.”

The November seminar marked a turning point for the Gagnons.

“It was a life-changing decision. I had to do something drastic,” Thomas says. He committed to following the detailed instructions of his care team. “I was hooked on the program after the seminar, it was fantastic. It’s a prescription for a lifestyle change.”

“My impression was that he was a candidate for bariatric surgery solely for his BMI of 43.6,” Dr. Meireles says. “However weight loss surgery would also improve his hypertension, type 2 diabetes, hyperlipidemia (high cholesterol), sleep apnea and osteoarthritis. But most importantly, and the main reason that he decided to pursue surgery, was the fact that he could not be a kidney transplant candidate until he reached a BMI less than 35.”

Initially, Thomas expected to have a Roux-en-Y gastric bypass, a procedure that create a small pouch from the stomach and diverts the typical digestive path.

Knowing Thomas would need to take medication to suppress his immune system after a kidney transplant, Dr. Meireles was concerned that gastric bypass could interfere with Thomas’s ability to absorb that medication. Thomas also required steroids for his osteoarthritis, which could raise the risk of ulcers after a gastric bypass. Dr. Meireles recommended the vertical sleeve gastrectomy, a minimally invasive procedure that removes the majority of the stomach.

Thomas attended pre-surgery nutrition counseling to help him prepare for the changes to his diet post-surgery.

Dr. Meireles performed Thomas’ surgery last April. The procedure went smoothly, but Thomas’ kidneys stopped filtering correctly during surgery and he was placed in the Intensive Care Unit at Mass General, under the observation of a Critical Care Center nurse and cardiologists, in addition to his Weight Center team.

“This whole place came together [to care for Thomas],” Karen says. Doctors gave Thomas medication that forced his kidneys into action and his condition stabilized.Fool-proof PlanIn the months that followed, Thomas adhered to his treatment plan, attending his appointments with Dr. Meireles, Marianne Tsikitas and Dr. Reilly-Harrington, as well as group meetings. Knowing that he would be coming from Swansea, Mass., about an hour drive from Boston, Weight Center staff members booked his various appointments back-to-back.

Thomas lost more than 80 pounds and has gained control of his diabetes. Before surgery, he took three medications for diabetes; now he takes one. His A1C reading, a measure of blood sugar levels and an indication of how well one’s diabetes is managed, dropped from 7.5 to 6.5%. A normal reading for people without diabetes is 4.5 to 6%. Tom’s blood pressure and cholesterol have also dropped and he feels better, physically and emotionally.

He relies upon Weight Center handouts and instruction to help navigate challenges related to his diet. He makes his own lunches, exercises and drinks more water.

Thomas didn’t have the strength to drive himself to his first appointment at Mass General, but now he has been visiting prospective colleges with his teenage son.

“I enjoy everything,” he says of his life now.

Thomas is now eligible for a kidney transplant, but he has regained enough functionality of his kidneys to postpone the surgery. “The best thing is when Tom needs the transplant, he is ready,” Karen says.