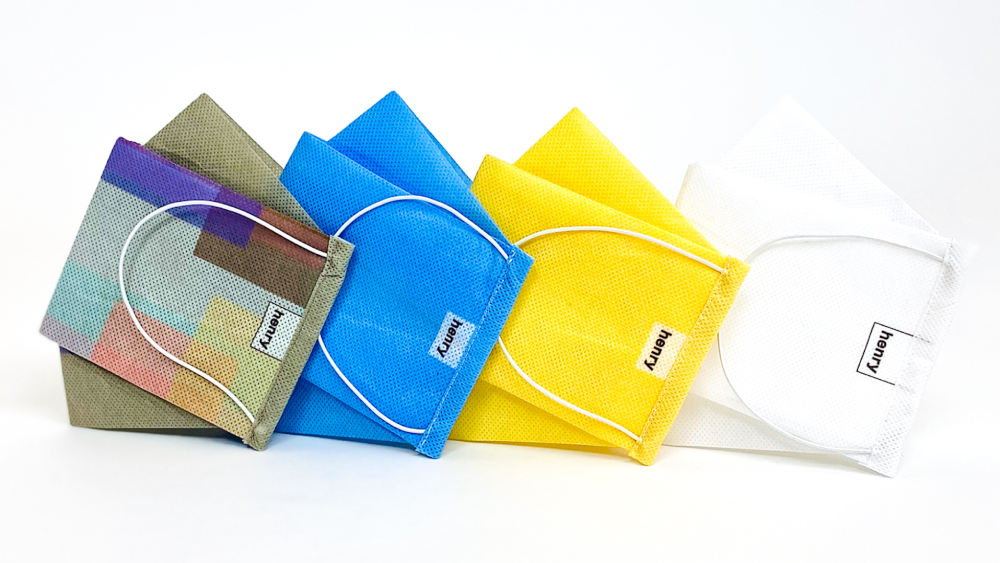 He may be best known for his colorful suiting and outerwear, but bespoke tailor Patrick Henry (better known as Richfresh) is answering the call for a different kind of staple with his newest venture, a face mask company called Henry.

As the Covid-19 pandemic has swept the globe, the need for face coverings has exploded. While Henry was making small batches of masks to protect the 15 tailors who work in his Los Angeles studio, powerful fashion conglomerates and brands like LVMH and Chanel started churning them out en masse––something which almost stopped the designer from doing the same.

“Honestly, at first I didn’t want to do it because so many people were going in that direction and I didn’t want to seem like a bandwagon-er,” he told Robb Report. Instead, Henry and his brother Chase started fulfilling bulk orders of masks for other organizations whose employees needed them—without advertising it.

When the government started calling for more Americans to wear face coverings in instances when social distancing wasn’t possible, Henry and Chase decided to open the masks to others. “I do a lot of design, he does a lot of implementation,” Henry said. With the launch of Henry, they’re making the creative and effective masks available to normal customers.

The three-layer masks are cut from polypropylene. Because it’s a non-woven fabric, the material is resistant to fluids and, on paper, is able to filter 95 percent of viruses along with the majority of bacteria. “It’s what the medical industry has been using for decades,” he said. “I didn’t want to make a cute mask that didn’t work.” Henry, a self-described origami fanatic, used his love of the Japanese paper folding art to create a unique shape that didn’t require a metal strip to fit properly over the nose.

Washable and reusable, the Los Angeles-made masks are available on a subscription model with a new batch of four arriving on a customer’s doorstep every month for $39.99. The model means that, in a very uncertain market, established customers are guaranteed new masks and don’t have to fear being unable to find them in stock. For each mask sold, the company will give one to a health care worker or family in need with the help of organizational partners on the frontlines.

So what about the future of Henry in a post-pandemic world? Henry believes that even when things get better, “Masks are going to be a part of life,” he said. And his new venture won’t just deal in masks. The designer hopes it will evolve to produce gloves and other essentials—all with his unique design perspective.