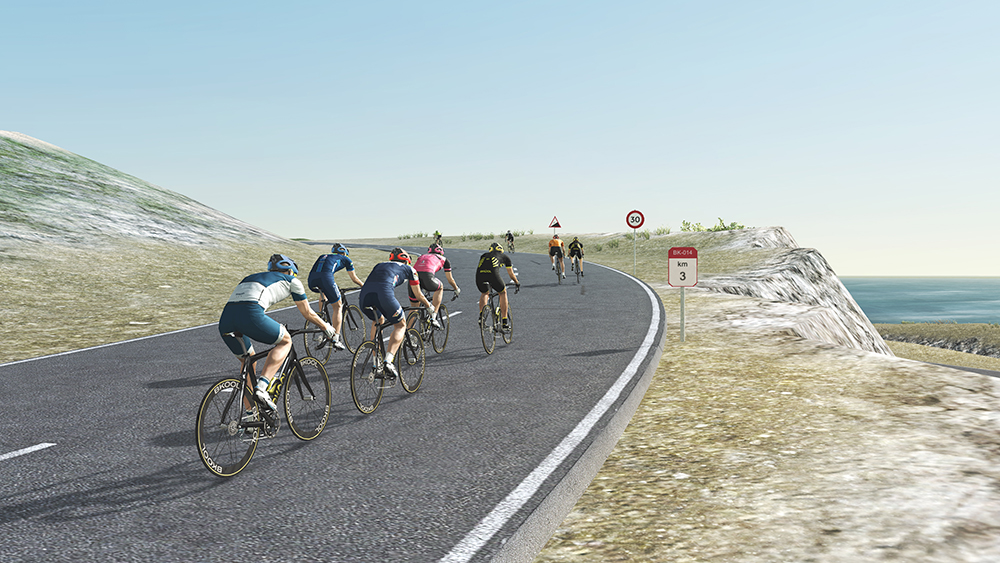 When the pursuit of sporting excellence becomes more passion than exercise, practice happens all year round. But chasing seasons and shifting hemispheres to ski Patagonia’s peaks or play Australia’s links isn’t always practical. Which is where the high-end simulator comes in.

A golf simulator that’s endorsed by guys like Tiger Woods and Jordan Spieth? OK then. Full Swing wins with hyper-realistic renderings of more than 80 top courses projected in cinema quality and features some of the best ball-tracking software out there. Its Pro Series system is the only sim that combines infrared tech—via two tracks of 360-degree light waves—with high-speed Ion3 cameras. The result is a ball flight of the highest accuracy, shifting from the real world to the digital screen instantly. The cameras are also able to capture the moment when club hits ball, providing high-def feedback of details like ball speed, direction and launch angle to improve your swing.

Think of FightCamp as the Peloton for boxing. The interactive personal gym includes a heavy bag and two punch sensors that you insert into your hand wraps, under the gloves. Via Bluetooth, they track the number, velocity and intensity of jabs and hooks, training you to knock out the competition. Follow along with more than 300 workouts (at least four new ones get released weekly) created by professional fighters and trainers, so you can improve your uppercut before you have a chance to get back in the ring.

Even if you cross-train in the off-season with cycling and weight lifting, your ski muscles will still scream those first few runs of the year. As the premier ski simulator out there, the QS7 gets that. It mimics the lateral movements required to chase moguls and carve deep powder turns as well as giving you the cardio endurance you’ll need. Eight settings allow you to quickly change your stance to bomb speedy corduroy cruisers or powder and glade trails. Attach the BootMaster and you’ll create the core and leg muscle memory needed to keep your position centered over your skis. The only thing the Skier’s Edge can’t simulate is the lower oxygen levels at altitude. (skiersedge.com)

Spanish-born Bkool claims to be the most realistic cycling simulator on the market. Using your own smart bike (or trainer) and display, Bkool beams the world’s best cycling routes right into your home. Bike the Arctic Race of Norway, the famous Milan–to–San Remo route or the stunning peaks of the Alpe d’Huez—and jump off at any time to grab a smoothie. Views can be either 3-D computer-generated or high-def video in POV. Bkool allows you to engage in everything from traditional spin classes to competing in live leagues and racing actual stages of the Tour de France. The simulator controls resistance based on the chosen route’s real-life characteristics.