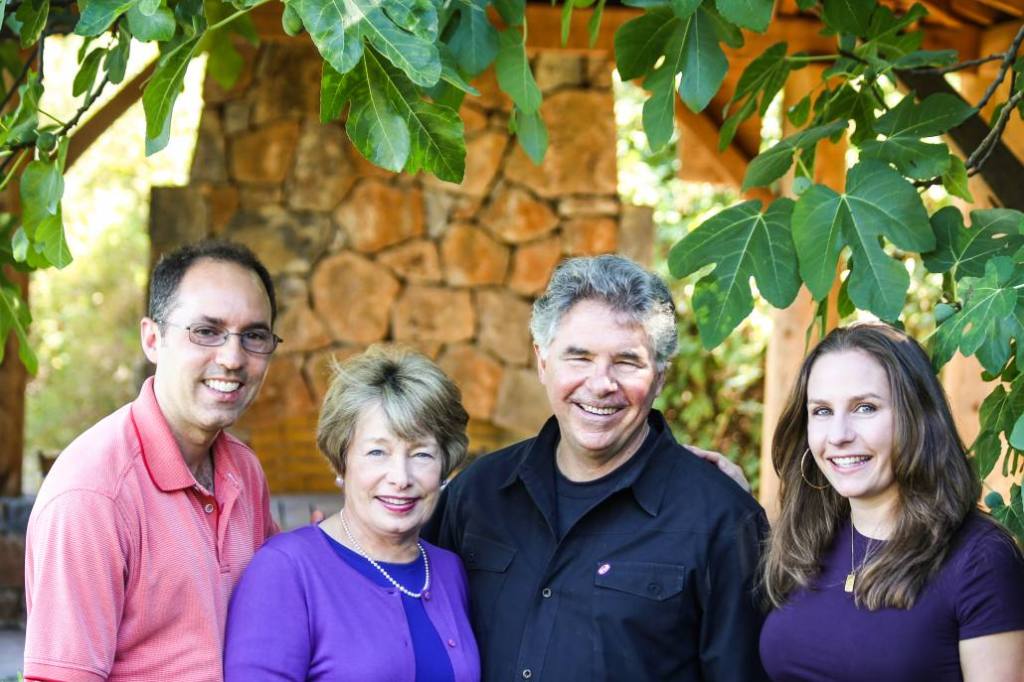 In 1995, Garen and Shari Staglin held their first Music Festival for Brain Health after helping their son Brandon through his diagnosis of schizophrenia at age 18. While the family personally experienced the stigmas associated with mental illness, they also realized how little the medical community knew about brain disorders, and they saw firsthand the obstacles involved in funding research devoted to cognitive science. They made it their mission to support neuroscience through the private sector and foster a greater cooperation between research organizations around the world while also working to erase stigmas and raise awareness. To further that cause, in 2008 they founded the International Mental Health Research Organization (IMHRO), which in 2011 launched the One Mind for Research campaign. Together with the scientists on the organization’s advisory board, Brandon, now the director of marketing communications for Staglin Family Vineyard and the IMHRO, helps choose the projects to fund. He works at the winery with his mother Shari—a cofounder and the director of IMHRO and One Mind and CEO of Staglin Family Vineyard— sister Shannon, and father Garen, who also serves as the president of the IMHRO and cochair of One Mind.

Robb Report: How did your experience with Brandon’s schizophrenia shape the initiative?

Garen Staglin: We found the experience incredibly traumatic and fraught with guilt. You think it is possible you did something wrong as a parent, that somehow you caused it. We had a total lack of understanding. We learned though that these illnesses are genetic disorders—mutations—that are environmentally triggered. We wanted to communicate this.

RR: Why go to the private sector to launch your idea?

GS: Within the National Institutes of Health there are nine different agencies working on the brain that do not coordinate their paths of research. And it takes a coordinated, collaborative effort to allow for discovery, serendipity, and crossover. We wanted to create this open-science principle, so what one person knows, other people know. Most agencies are risk averse, but we wondered how could we fund those projects with greater potential that risk-averse agencies could not fund. So we started our Rising Star Awards. When we get answers, often the National Institute of Mental Health provides the follow-on funding. We call it venture philanthropy.

I am a private equity investor, and we look at successful organizations where investing helps fuel an idea based on passion and breakthroughs. We identify barriers to progress and fix them. We use the same model for IMHRO. When we give scientists money, they have to report annually on their progress and what changes they are making. Brandon reviews these reports and circulates them to our board. The entrepreneurial aspect is an important component to what we’re doing.

RR: What do you wish more people understood about mental illness?

Brandon Staglin: That looking at just the symptoms can lead to a lot of misdiagnoses and thus misguided treatments. We need to also look at the biological and physiological underpinnings beyond what patients report as symptoms. And if we can screen kids before they reach the point of a serious episode, we can intervene early with a better course of action. We are working on a project to do just this.

RR: What research are you most excited about?

BS: One doctor at UCSF pioneered a cognitive training program—the thinking is to exercise the brain—and that helped me a lot. Another scientist, Scott Russo at Mt. Sinai School of Medicine, is working on the forefront of research with the immune system and the relationship between inflammation and depression. He and his team discovered that depression might originate in the bones, not just the brain. Thirty percent of patients with depression do not respond to antidepressant medications. Russo is looking for a blood biomarker that, if high, could indicate a patient might respond to anti-inflammatory medication to treat depression. Yet another researcher at Duke is working out how certain mental health disorders are diseases of circuit switches, which could potentially be fixed by using a pacemaker for the brain. It’s many years out, but that is his plan.

RR: How have you each experienced the stigma related to mental illness?

BS: The stigma is pernicious. It can be as harmful as the disease itself. A good way to address it is for people to tell their stories and connect with those who do not have mental illness. Sharing your own story becomes personal and powerful for change.

GS: Discrimination is an important component of this. People with mental illness are afraid to come forward because they fear they will lose out on promotions at work or not get hired. We want to use the model of cancer and create a gold standard, such as that which George Bush Sr. put together for behaviors of how to treat people with cancer at work. Eight million employees now benefit from this. We need similar standards and parity of health coverage for brain disorders.