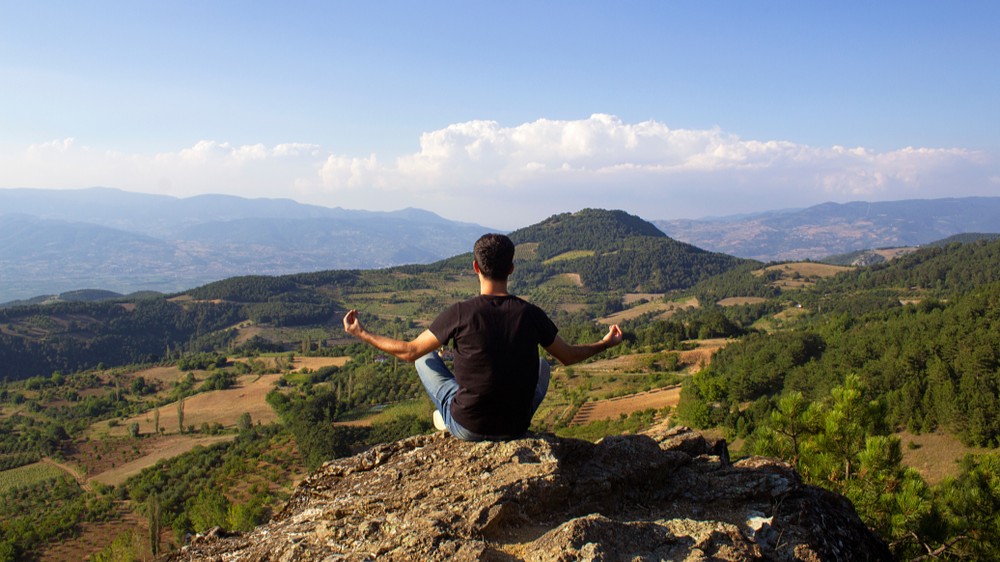 We sure hope the folks over at Calm—the Ashton Kutcher-backed meditation app—are taking their name to heart. Because as of this week, they’ve reached unicorn status, which is Silicon Valley patois for saying: damn, you’re worth a billion dollars(!). Ommmmmmm.

On Wednesday, the app announced it raised $88 million in its second round of funding, bringing outside investment to $116 million and bumping its total valuation to the $1 billion mark. Last year, it  quadrupled its revenue and reported 40 million downloads worldwide. According to CNBC, they additionally have “well over” 1 million paying subscribers (payed tiers are currently $59.99 annually or $399.99 for a lifetime membership—after a seven day free trial).

TPG Growth led this round, which included backing from the Hollywood agency Creative Artists Agency, and existing financiers Insight Venture Partners and the Ashton Kutcher-run Sound Ventures. “Mental health was something people didn’t really talk about until recently. Something is changing really dramatically,” Michael Acton Smith, a founder and co-CEO, told CNBC. “There’s a societal shift of people taking care of their minds and being more interested in sleep and self care.”

Calm, which was launched in 2012, is just one of the names in the growing meditation app economy, which include the buzzy Headspace and Insight Timer.  The rise of these apps mirrors the growing “self-care” movement in American, which is a broad term that can include anything from working out and eating well to beauty treatments like facials and massages to more spiritual practices like meditation and crystal therapies.

In the meantime, the president is in a rage again and scientists confirmed that last year was the official the fourth hottest on record. Maybe you need to take a moment and, you know, take a few deep breaths? We actually know of an app for that…