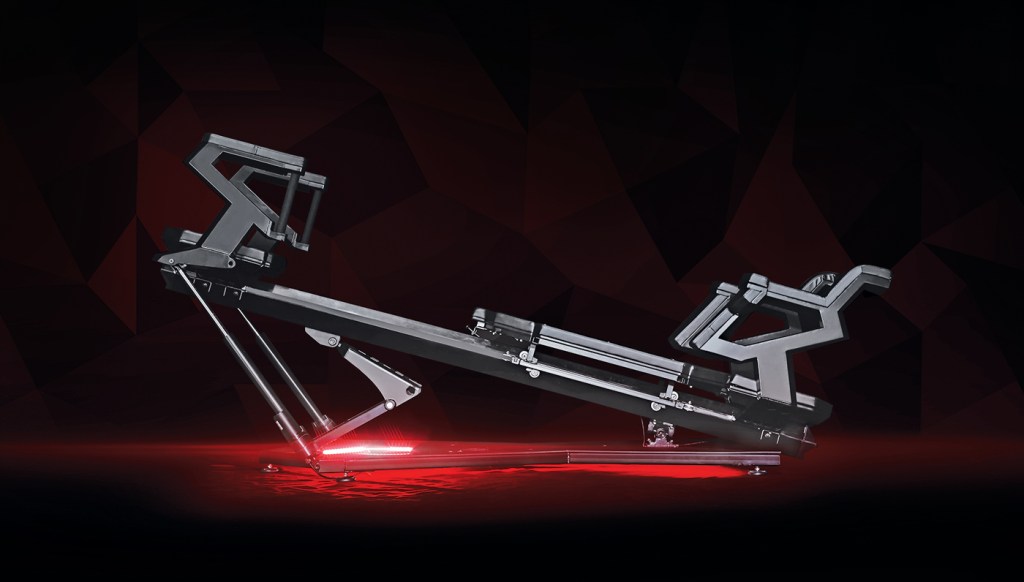 When asked if his newest exercise machine is supposed to look scary, Sebastien Lagree blows a kiss and says, “Yes! Exactly!” Lagree is the creator of this Supraformer and the Lagree Fitness workout program. “I noticed that the worse a class sounds, the more people want to take the class—like, if the medicine tastes bad, it must be good for you. So the harder the machine looks, the more effective it must be.”

By that logic, the Supraformer may be the most effective machine ever. In the 300 studios around the world that use his workout programs and equipment, classes are taught on his first two machines, the Megaformer and the Proformer, the latter of which is a reboot of the classic Pilates reformer. The idea is to amp up traditional Pilates with strength and cardio moves while remaining low impact and focusing on form. The Supraformer, which debuted in February at the new Lagree Fitness studio in Los Angeles, is a bulked up, remote-controlled beast that raises, lowers, and tilts to intensify the workout. It resembles the original reformer about as much as a Lamborghini resembles a go-kart. In fact, Lagree was inspired by Lamborghini styling when creating the machine. Padded grips extend off the back like spoilers, and the movable center carriage is marked with a grid and indicia, making it easier to hit the correct position—and hang on once the beast starts tilting. »lagreefitness.com

10 Fitness Gifts for the (Home) Gym Rat in Your Life