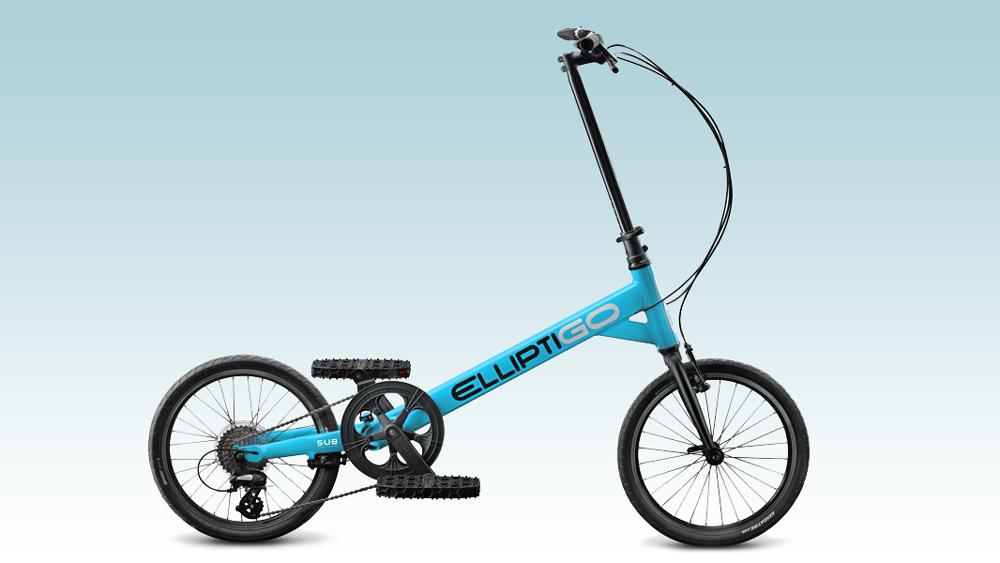 An elliptical machine is a great, low-impact way to get your cardio on at the gym, but for the most part, that is where they were relegated—to the gym. So if you had a yearning for fresh air or an attention span that requires a little more stimulation than can be had from watching television or listening to a podcast, you were pretty much out of luck.

That changed in 2010 when ElliptiGO released its first elliptical bike, which transformed its rider’s stride into forward propulsion. The company’s latest spin on the design is the ElliptiGO SUB (stand-up bicycle), which trades the longer stride of its stand-up stablemates for a pedal system similar to that of a bicycle.

The difference, however, is that standing up while pedaling turns the experience into a full-body workout that engages your core muscles. In fact, ElliptiGO estimates the increase in calories burned at about 33 percent more than a traditional bicycle—making it an efficient workout for people who don’t have as much free time to dedicate to exercise (although if exercise isn’t your main concern, this e-bike may be up your alley).  Standing up while riding also keeps your body in a more natural position, reducing back and neck stress—not to mention eliminating backside pain from uncomfortable saddles. Furthermore, the riding position transforms biking into a weight-bearing workout, which helps increase bone density.

Thankfully, the SUB‘s lightweight aluminum frame makes it the lightest conveyance in ElliptiGO’s catalog at 28.8 pounds. It can also be mounted to most standard bicycle racks, further adding to its portability. It has an eight-speed gearbox to help conquer hills and height adjustment is as simple as raising or lowering the steering column—making it one size fits all. (But if you’re not into that, maybe a bike from Alchemy’s custom program will do the trick.)

The ElliptiGO SUB is now available at dealers across the United States as well as through the company’s website. The mobile exercise machine is priced at $800 and is available in three colors: sky blue, gunmetal, and red.