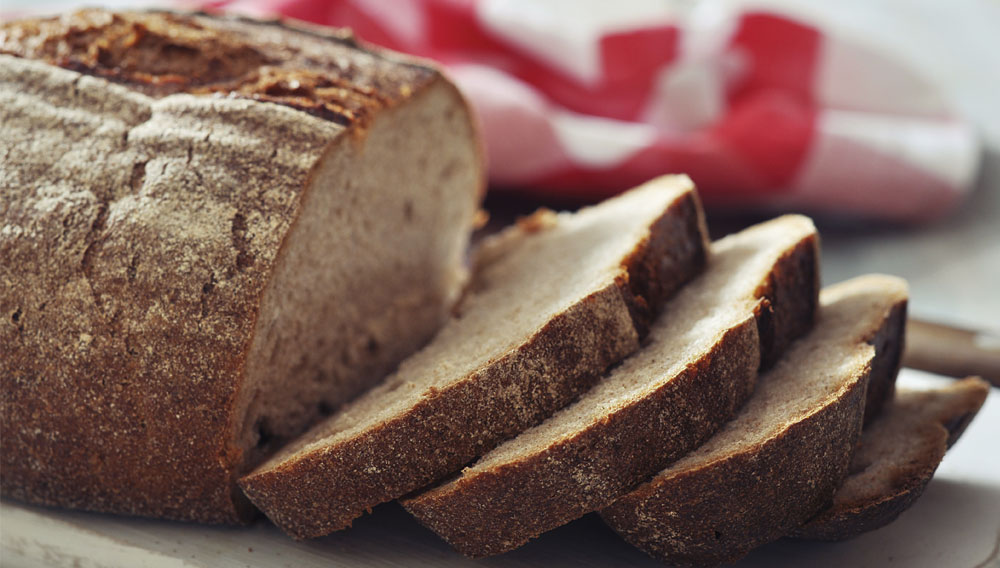 Editor’s note: Embraced by celebrities, athletes and many health-conscious consumers, the gluten-free diet has become the newest craze among many food and nutrition experts. Sales of gluten-free food and beverages are predicted to reach 6.6 billion by 2017, according to marketing research firm Packaged Facts.(1) With celiac disease and gluten sensitivity on the rise, and the explosion of gluten-free products and promotions, research into causes and alternative treatments for gluten-related disorders is increasingly important.

As a pediatric gastroenterologist treating patients in Naples, Italy, in the early 1990s, I saw many cases of celiac disease. When I came to the U. S. in 1993, I was told by both researchers and healthcare professionals that celiac disease didn’t exist here. Determined to find out why, I founded the Center for Celiac Research in 1996 and undertook a very large epidemiological study. Seven years and 13,145 blood samples later, research from the Center established the U.S. prevalence rate of celiac disease at one in 133.(2) The ripples from this groundbreaking study generated improvements in diagnosis, treatment, research, and education that continue to be felt today.

Twenty years later, although it is still grossly under diagnosed, celiac disease is recognized as an autoimmune disorder that can manifest at any stage of life. Many primary care physicians and gastroenterologists have added testing for tTG autoantibodies, the serological tool we developed at the Center in the late 1990s, to their diagnostic toolkits. But as celiac disease and wheat allergy increase in both prevalence and diagnosis, we have uncovered yet another condition on the spectrum of gluten-related disorders—gluten sensitivity.(3)

Unlocking the Key to Intestinal Permeability

In the late 1990s, through the discovery of zonula occludens, my research team uncovered the role that the tight junctions between intestinal enterocytes plays in the pathogenesis of celiac disease and type 1 diabetes. The toxin causes diarrhea by loosening these tight junctions and allowing intestinal permeability, which is controlled by the protein zonulin. Through the discovery of zonulin, we’ve unlocked the key to intestinal permeability.(7) Other investigators are now researching its role in diseases other than celiac, such as cancers and diseases of the nervous system.

Investigating zonulin further, I discovered that zonulin is the precursor of an ancient inflammatory marker that controls paracellular permeability through the epidermal growth factor receptor.(8) Looking more deeply into zonulin’s function in both health and disease will lead us down some extremely productive pathways as we examine the role of intestinal permeability in autoimmune and other disorders.

Using this new paradigm of intestinal permeability, I assisted in the early development of a zonulin inhibitor, Larazotide acetate (LA), to regulate the tight junctions and control intestinal permeability. In clinical trials, the safety and efficacy phase of testing has been completed. The Phase 2b study of LA as an alternative to the gluten-free diet in the therapeutic treatment of patients with celiac disease is currently being conducted by Alba Therapeutics.(9)

Looking Into the Global Village of the Gut

The human microbiome, comprised of bacteria, archaea, viruses, and eukaryotic microbes, is ten times larger than the cells that make up the human host.(10) With research tools to study the composition of the bacteria that live—happily or unhappily—in our gut, examining our intestinal microbiota is uncovering clues not only to the pathogenesis of celiac disease, but also other autoimmune disorders.

Researchers at the Center for Celiac Research are examining differences between the developing microbiota of infants who have a genetic predisposition to celiac disease with the developing microbiota of infants without a genetic predisposition to the autoimmune disorder. Our recent proof-of-principle study, which we are following with a large, multicenter study, shows us that this combined genomic and metabolomic approach will help us decipher the role of the gut microbiota in the pathogenesis of celiac disease and other disorders, including Autism Spectrum Disorder (ASD).(11)

Our work in decoding the role of gut microbiota would not be feasible without collaboration from many areas of research: genetics, immunology, molecular and cell biology, data sequencing, and others. From the founding of the Center for Celiac Research in 1996 and the Mucosal Biology Research Center at the University of Maryland School of Medicine in 2003, collaboration has remained front and center as the founding philosophy of my approach to research and discovery.

I welcome all inquiries into the work of the Center for Celiac Research, the Mucosal Immunology and Biology Research Center, and the Division of Pediatric Gastroenterology and Nutrition at the MassGeneral Hospital for Children and look forward to many rewarding collaborations in our new environment.

8. Fasano A. Zonulin and its regulation of intestinal barrier function: the biological door to inflammation, autoimmunity, and cancer. Physiol Rev. 2011(91): 151-175.