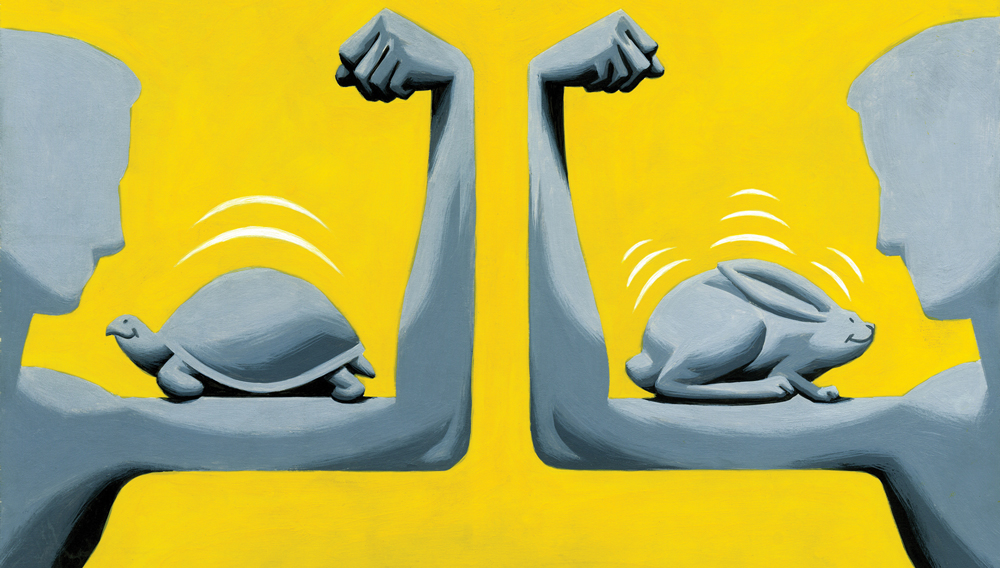 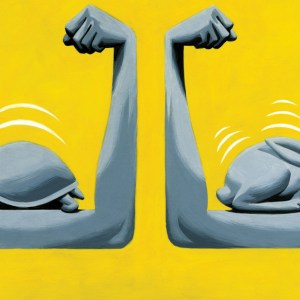 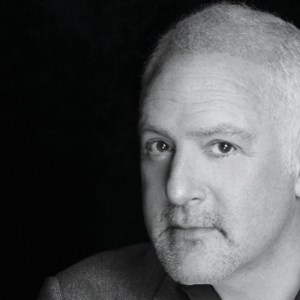 Myth: The more intense the exercise, the more weight one will lose.

Reality: Build slowly toward intense sessions, and vary them with cycles of lower and medium intensity for maximal fat burn and heart health.

Critical to optimizing weight loss is enhancing the burning of fat both during exercise and at rest. Studies show that exercise can change the biochemistry of muscle cells and make them preferentially burn fat over carbohydrates. Unfit people tend to burn glucose and glycogen before fat, but fitter individuals get into fat-burn mode more directly. Why is this important? First, most people have many more calories stored in fat than in glycogen, a carbohydrate that is stored in the liver and between muscle fibers. Second, it is the unsightly fat, not the invisible glycogen, that one wants to reduce. Finally, the burning of fat allows the muscles to produce more energy at a given cardiac output, which leads to greater exercise endurance and capacity. To optimize fat burn, consider training in eight- to 12-week cycles.

At the beginning of a new fitness regimen, exercise primarily below the so-called anaerobic threshold at a heart rate that allows oxygen in the tissues to drive the burn rather than going directly into the high-intensity no-oxygen zone. This allows more time before fatigue and lactic acid set in and increases exercise duration. A simple breathing test can measure one’s maximal oxygen consumption during exercise, and many high-end training facilities can conduct this test on site. It identifies an individual’s desired heart rate to maintain aerobic capacity, a zone in which one should be able to converse comfortably during exercise. Exercising for 45 to 60 minutes in this zone, three to four times per week, is optimal. Ideally, add a 90- to 120-minute exercise session once a week: Biking, jogging, or walking all fit the bill.

After eight to 12 weeks, begin cycling in periods of higher-intensity exercise. Working at a high intensity all the time is a big mistake; not only does this wear the body down, but persistent high-intensity exercise may be counterproductive due to increased hunger and cortisol secretion. Cortisol is an adrenal hormone that in excess can result in central abdominal fat deposition. After establishing a base level of fitness in the initial eight- to 12-week low-intensity training cycle, one can begin sequential eight-week cycles of medium- and higher-intensity exercise to boost optimal fitness. Do no more than eight weeks of high-intensity training before cycling back down to lower intensities.

Strength training and lean body mass are other critical components of fitness, particularly since muscle mass is lost beyond age 40. Because muscle consumes energy, increased muscle mass raises baseline daily caloric burn. A balanced muscle-strengthening routine will involve as much pulling as pushing actions, with a focus on critical muscles such as the latissimus dorsi and rhomboids in the back, glutes, and hamstrings, with a somewhat lesser focus on vanity muscles such as the biceps and triceps. Seek the counsel of an exercise coach or physiotherapist to learn how to strengthen these muscle groups safely. Such smart exercise will allow one to maintain (or improve) body weight and boost performance, as well as reduce the risk for injury.