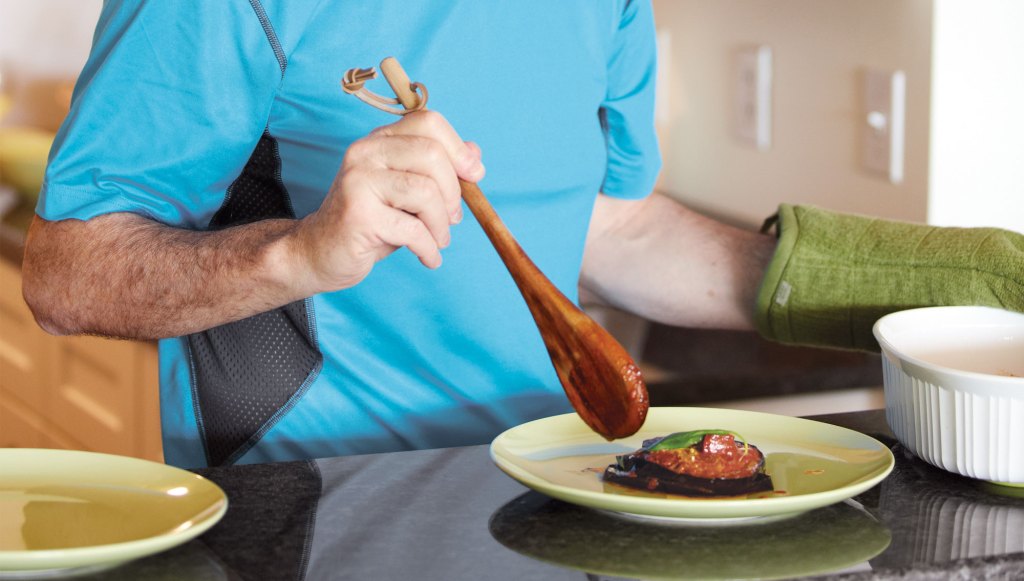 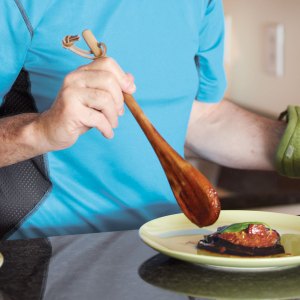 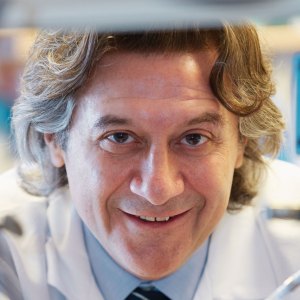 In the battle of physician versus maladaptive protein, physician perseveres and recharges through pursuits befitting his Italian heritage.

Gluten-Free by the Numbers

Alessio Fasano, MD, has been known to break into song in appreciation of a fine meal. For the Italian native, food is a passion. And the ingredient he is most passionate about has fueled both his professional career and a national dietary fervor: gluten.

When Fasano, a pediatric gastroenterologist, first arrived in the United States from Salerno, Italy, in 1993, he intended to develop a vaccine for cholera. But he also saw patients suffering with other disorders and was surprised to learn how few diagnoses of celiac disease—an autoimmune reaction to wheat’s main protein, gluten—existed in the United States. He had a dual track of action ahead of him then: uncover the mechanism by which a wheat allergy develops and educate the public that such a disease even exists. Thanks in part to his efforts, gluten has become the nutrient du jour, and the number of patients identified with celiac disease has soared from 45,000 in 2003 to 320,000 in 2013. And Fasano believes it is still largely underdiagnosed.

While there is a certain genetic component to celiac disease, people are not born with it, he says. They are born with a predisposition to it and need a trigger to set it off. That trigger can be as simple as a change in the gut’s flora from “friendly neighbors,” as Fasano says, to “belligerent ones,” possibly set off by a course of antibiotics or an illness. Then when the body detects gluten, it no longer moves it along, but attacks. Now that the underlying mechanism for the autoimmune response is understood, Fasano and his researchers are seeking biomarkers that could help create a definitive test. “If we have better diagnostic tests, we can gain a greater understanding of the genetic component of celiac disease, and eventually find alternative treatments to the gluten-free diet.”

While the majority of the population does not suffer from celiac disease, the movement toward a gluten-free diet has surpassed any projections Fasano could have made about awareness, even 10 years ago. But he is not surprised that many dieters find they lose weight when following a regimen free of gluten, because they are eating fewer processed foods and carbohydrate-dense items such as breads, cakes, and candies. He himself does not have celiac disease—or even a sensitivity to gluten—but to empathize with his patients he recently spent two months on a gluten-free diet. “It was very hard for the first week,” he says, especially eliminating pasta and bread. But as he already mostly follows a Mediterranean diet of lean meats and vegetables he adjusted swiftly. With the number of ­gluten-free alternatives and restaurant menus, it was easier than he expected. He notes that his celiac patients had few options 20 years ago, but now their choices multiply every year: by 2017, the gluten-free food industry is predicted to reach $6.6 billion in retail sales.

As director of the Mucosal Immunology and Biology Research Center, which houses the Center for Celiac Research at Massachusetts General Hospital in Boston, Fasano oversees a research team of 30 scientists and still maintains a clinical practice seeing patients. He has distilled his knowledge about gluten allergies in a book published this spring, Gluten Freedom (with Susie Flaherty, published by Wiley, $24.95). His workdays often run 12 hours long, and he has acquired many frequent flier miles traveling to Salerno, where he founded a new center for gastrointestinal health. The European Biomedical Research Institute of Salerno is especially close to his heart as it is part of the renaissance of the first Western medical school, established in the year 834. The school had been closed for nearly 200 years before it reopened in 2005.

Fasano balances his professional demands with regular exercise—he runs along the Boston Harbor, skis in winter, and swims or plays tennis—and his passion for gourmet cuisine, often cooking healthy but exquisite meals at home and spending time with his family. “The goal is not to be unitone,” he says. “The mind is the first reason to exercise,” he says. “It helps recharge the batteries so creativity comes with more ease.” He often thinks about how to tweak a trial or study while he is running.

When it comes to food, Fasano appreciates a chef’s passion of “the visual, the smell, the flavors. You see the chef’s heart and creativity. Food is not just eating. It’s about satisfying the senses.” He lavishes a similar appreciation for the Italian artistry of auto manufacturing: he owns a 2003 red Maserati Coupé Cambiocorsa, one of only 7,000 made that year. “With cars like this,” he says, “it goes beyond luxury to passion. I appreciate the engineering and the creativity at work. It takes out-of-the-box thinking to create something that is one of a kind.” And it takes out-of-the-box thinking to uncover the many ways one particular wheat protein can affect the human microbiome.