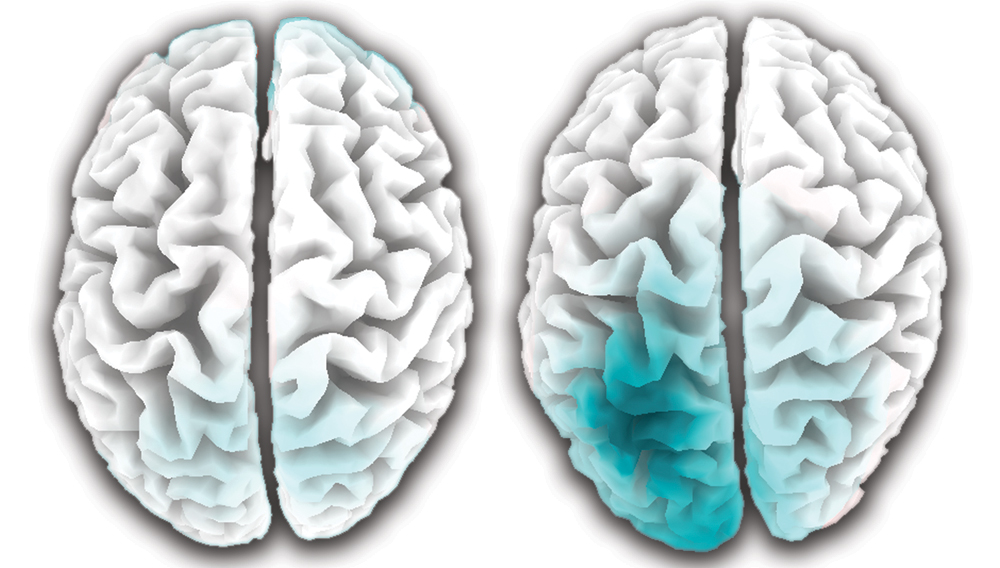 Can a new drink transform the mind from a rusty, four-speed diesel engine into a 500-horsepower V-12?

We are no strangers to the fictional idea of quaffing a peculiar new beverage or pill and being transformed. Yet instead of causing one to shrink into a miniaturized version like Alice in Wonderland, a new smart drug, TruBrain, aims to turn imbibers into mental giants by giving them access to greater brainpower.

The company has formulated a combination of minerals, amino acids, and neurotransmitters, all chosen to fuel the mind and possibly even protect it. The blend comes in pill form and also a liquid shot. The literature claims it can help focus attention and make thinking more elastic, as well as help one power through the day with clarity.

Most of us rarely think of our brainpower as something so variable. We tend to believe we were born with a finite brain capacity, and by middle age we begin to worry that the shelves are full. But the brain changes all the time, says Andrew Hill, PhD, the neuroscientist who developed TruBrain after taking it himself and creating blends for family and friends. “The brain’s job is to maximize pleasure and gain and to avoid pain and suffering,” he says. So the brain constantly shifts its patterns—even minute to minute—to accommodate circumstantial influences such as food, alcohol, and new situations. It also alters its larger patterns over the course of a lifetime, depending on environmental demands.

This past fall, Hill and his colleagues launched the one-ounce Think Drink, the first neuro-enhancer in liquid form. Neuro-enhancers, or nootropics, aim to improve the brain’s processing power using synthetic versions of neurotransmitters and amino acids already active in cognitive functioning, without side effects. Some TruBrain formulas also contain caffeine, but they are not dependent on them; the purpose of this smart drug is not to enhance energy but to make the brain work faster and with more fluidity and focus.

When I first try the formulation, I receive 10 days’ worth of pills to be taken twice a day during the initial “loading phase.” The amino acid theanine decreases the stress hormone cortisol; its partner L-carnitine offers metabolic support for mitochondria. The main ingredient is piracetam, a synthetic derivative of the GABA neuro-transmitter, which makes cell walls more permeable to usher in more oxygen and hasten messages into and out of the cells. After two days, I do feel like the microprocessor has been juiced. My focus is sharp, my thinking clear. But perhaps I am merely influenced by what I have read on the product? More empirical analysis is needed to convince me my brain is working smarter.

I plan to meet with Hill for two quantitative electroencephalograms, or EEGs. In the first session he will take a baseline reading of my brain with no TruBrain in my system, and in the second, after I have taken TruBrain for a week. My baseline map shows blue regions in my theta brainwaves; these lower-than-average frequencies indicate I am not easily distracted. They are balanced by the red heat-wave zones of higher-than-average beta waves in my centers of attention, suggesting I notice threats in my surroundings sooner than others, so I startle easily. The hot spots also point to an almost compulsive inability to shift mental gears. In the post-TruBrain EEG, most of these trouble spots disappear, indicating my enhanced clarity minus the anxiety of my overactive mental vise grip.

Hill explains that removing barriers like anxiety helps promote motivation by encouraging the use of those souped-up neurons. He says, “It’s like choosing between an old tractor and a sports car. Who can resist the supercar?” Certainly not me. Another benefit of TruBrain is its reverse tolerance: Over time the mind needs less of it to feel its effects and can use it more efficiently. Thus I continue to enjoy the new high-performance tires on my older-model brain every time I sip a Think Drink.

Robb Report readers may access an exclusive package ($2,700), which includes brain mapping with Andrew Hill and a year’s supply of TruBrain, at trubrain.com/robbreport.