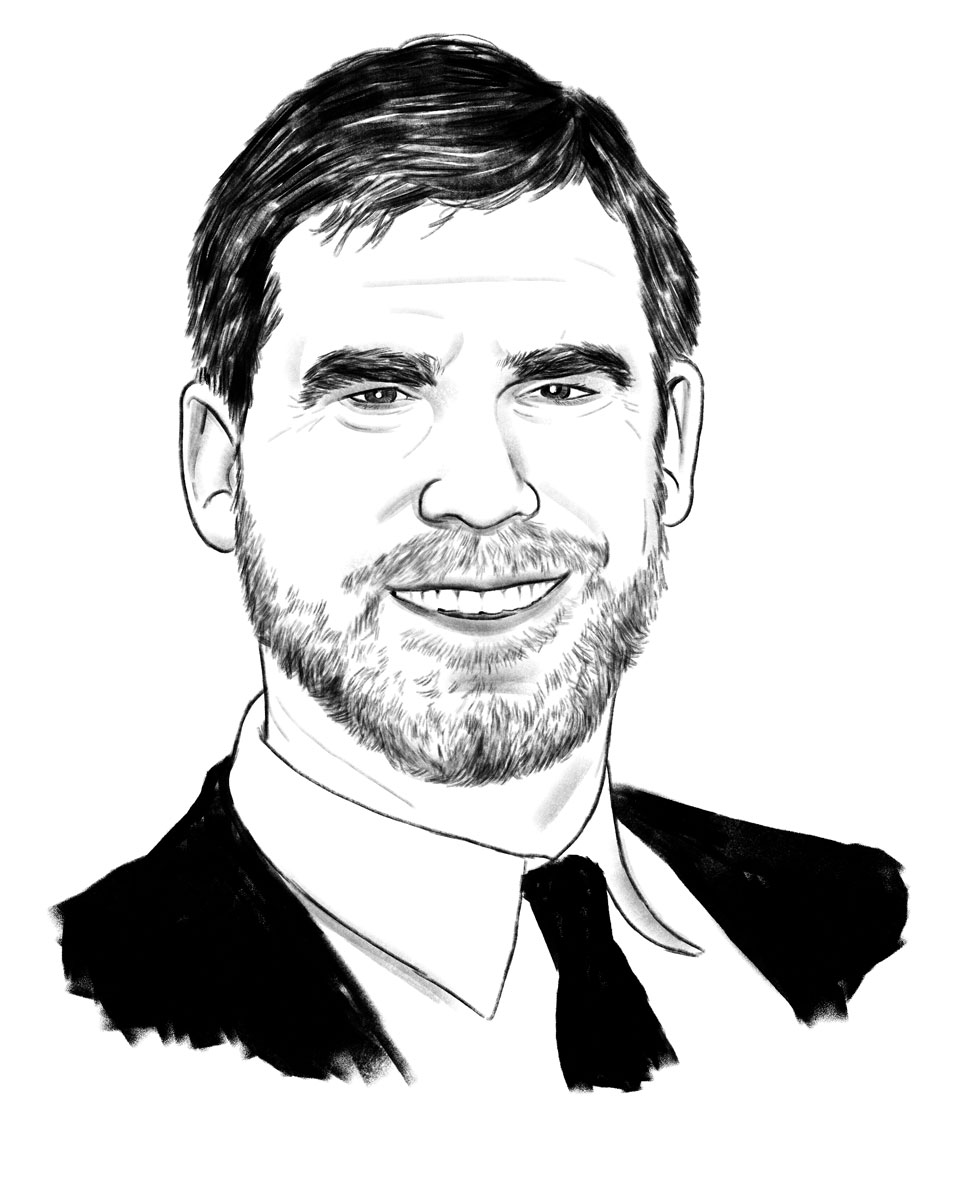 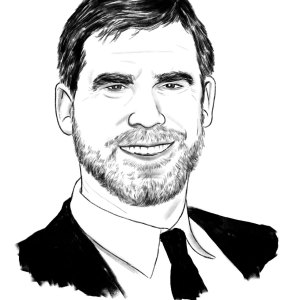 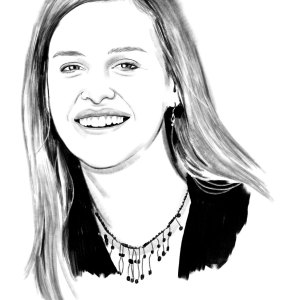 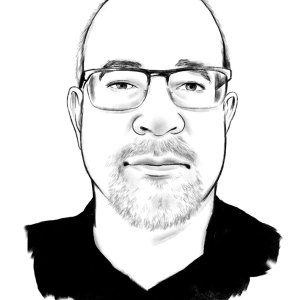 Three experts weigh the incredible possibilities and potential pitfalls of tinkering with genetics.

While many argue that genetic enhancement—say, using genome editing to give a child blue eyes, blonde hair, and a supermodel build—crosses an ethical boundary, most experts agree this technology presents an unsurpassed opportunity to save a life or prevent diseases from passing from parent to child. For instance, a study in The New England Journal of Medicine found that a gene-editing technique is effectively able to remove the HIV virus in humans. We spoke with Misha Angrist, PhD, geneticist and associate professor of the practice at the Duke University Social Science Research Institute; Shondra Miller, PhD, director of the Genome Engineering Center at Washington University School of Medicine in St. Louis; and Stanley F. Nelson, MD, professor and vice chair of human genetics and professor of psychiatry at UCLA’s David Geffen School of Medicine about genome therapy’s ethical challenges, scientific limitations, and potential for the future.

Where do we presently stand with genome editing—the manipulation of a gene through DNA technology?

Dr. Stanley F. Nelson: In clinical practice, we can use genomic information when we diagnose. We create a set of tools that are tremendously useful for that family for the guidance of future pregnancies. It opens the possibility of doing in vitro fertilization and selecting, identifying, and proving that a mutation will not be transmitted to a subsequent pregnancy. That is the type of practical genome editing we do most. Post birth, we are in an era where new tools make it possible to genetically modify cells ex vivo [outside of the body] and potentially in vivo [inside of the body].

Shondra Miller: As an experimental tool, human genome editing has blown up in the last five years since it became commercially, and therefore more easily, available. Then when [engineered nucleases] came out, that really blew the door wide open. ZFNs, TALENs, and CRISPR nucleases are customized proteins that can cut specific sites within genomes, acting almost like a surgeon’s scalpel. For genome engineering, we use these nucleases to make targeted DNA breaks in the genome. These breaks are then repaired by the cell’s own machinery in such a way that we can get the modification we want. There is at least one clinical trial using nucleases going on now with Sangamo Biosciences. They are using nucleases ex vivo, modifying cells, and putting them back into patients. They’ve had success treating patients with HIV.

How do you see genome editing used on a mass scale, if at all?

Miller: Folks have already started trying to knock out myostatins in cows, sheep, and pigs to make meatier animals. Researchers are also trying to knock out the sugar in milk that makes people lactose intolerant. So they are trying to modify the animals we use as food products. The nice thing about the new genome editing technologies with nucleases is that knocking out a gene does not introduce anything new. Yes, it’s genetically modified, but it differs from genetically modified food where a gene is inserted into an organism. Because this process does not involve adding new DNA, it will likely be easier to get through the Food and Drug Administration hurdles to get these foods to market.

Can a parent undergo genome therapy to avoid passing on certain genes?

Nelson: People are nervous about doing such therapies on germlines [the sequence, or line, of cells that develop into eggs and sperm and carry genetic material to children] because it will be transmitted to a subsequent generation. We have the tools, though, to do in vitro fertilization in a laboratory. Families can choose to remove or edit out a specific genetic disease from their lineage.

Miller: Some of the limitations of using nuclease technology is the potential for off-target effects—that you could mutate a gene that is not your intended target. Until those kinks are well established and we understand how these nucleases are targeting their intended sites and not other sites, it is unethical at this point to use nucleases in the germline.

Misha Angrist: I don’t think it’s unethical to talk about it or to ask the question, but I think the lessons of the initial fervor surrounding gene therapy in the 1990s when animal trials were eschewed or truncated led to problems. Two of the lessons are: 1) Do the science and do it meticulously, do it in vitro and in vivo—cutting corners is a bad idea. 2) Do not let private institutions with massive financial interests in the outcomes of clinical trials make decisions that could affect whether participants live or die. To what extent those lessons are being heeded today with respect to early-stage gene-editing companies and trials, I can’t say.

What are the limitations?

Miller: For gene therapy using nucleases, it’s delivery. Whenever we use nucleases in an animal model, for instance, we inject mRNA directly into the one cell-stage embryo. That is not going to be a feasible approach for humans anytime in the near future. For treating disease in an adult, delivering to the correct cell types will be a huge hurdle.

Nelson: Take Duchenne muscular dystrophy as an example, where stem cells have been used for transplantation for a couple of decades with dismal success. We can collect muscle-like stem cells pretty effectively. We do not know how to put them back in yet. That will be true in spades with neurologic disorders and many other tissues. The science will progress faster in areas where we know more about transplantation, such as hematopoietic stem cells [blood-forming stem cells], where there is a well-defined stem cell population and we can identity those ex vivo as well as in vivo.

What are the ethical boundaries of editing out disease, and how far can and should we go?

Miller: When dealing with genome editing in somatic [non-reproductive] cells, the biggest ethical concern is knowing the potential harm that it may cause and when to draw the line. For example, if in the process of curing a deadly disease using genome editing, an individual gets cancer, should we continue treating other patients? This actually happened in a fairly recent SCID gene therapy trial. SCID or severe combined immunodeficiency, also known as “bubble boy” disease, causes individuals to have no immune system and therefore they must live in a completely sterile environment for life. In the trial, several boys were cured of SCID, but some also developed cancer as a result of the gene therapy. Some of the boys died from the resulting cancer, and these trials were ultimately halted. Because there is no good treatment for SCID, but there are good treatments for certain cancers, should the therapy be withheld from other SCID patients? Is the risk of dying from SCID higher than the risk of dying from cancer, and who decides?

Angrist: In some perfect future world we would be able to identify broken genes in babies at birth—or even in utero—and fix those genes. We are a very, very long

way from that, but it raises some questions: What if there are off-target effects because of gene interactions we don’t know about? How can we design clinical trials to detect those? And if the method works, who pays?

Can genome editing potentially eradicate genetic diseases like cystic fibrosis or Down syndrome?

Miller: It could definitely be used to treat diseases caused by a mutation in a single gene. Diseases such as sickle cell anemia, cystic fibrosis, and hemophilia are all monogenic and could potentially be treated using genome editing.

Nelson: It is possible that we can repair diseases like cystic fibrosis and Duchenne muscular dystrophy. Down syndrome, which involves an entire chromosome, may be harder to “repair” and is not typical in the gene-editing category. There has been an example project of “fixing” a genetic defect in living mouse livers. This technology is new, and we are far from performing such repair in patients.

Angrist: It’s far too early to make grand predictions. Given the checkered past of gene therapy we are right to exhibit healthy skepticism.