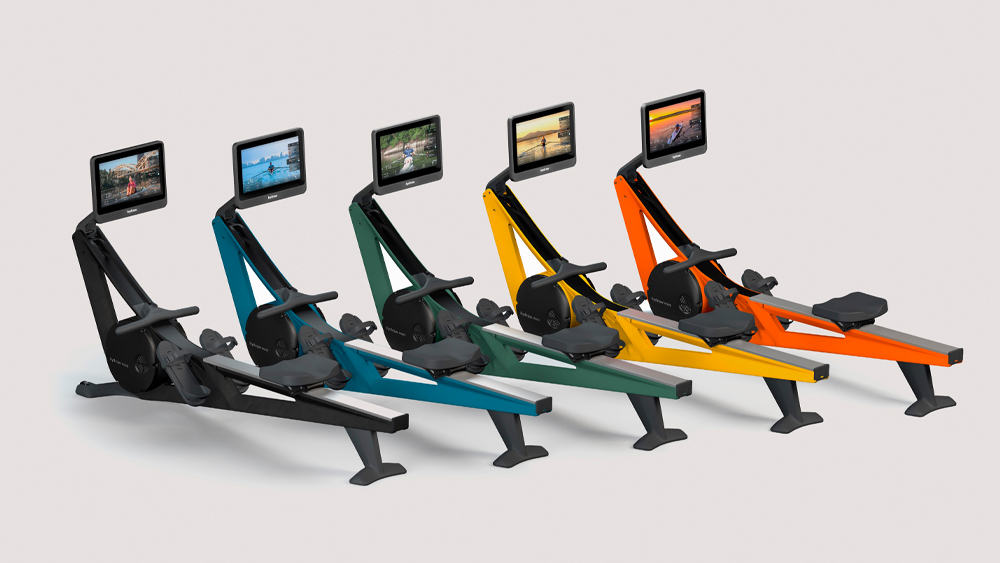 There’s big news in the even bigger world of digital exercise equipment. While much of the sector’s focus may still be in in-home “spinning” machines like the Peloton, the real action is actually taking place on the water—with in-home digital rowing machines.  A few months back, Peloton—its stock tumbling and market share crumbling—entered this burgeoning marketplace with its new Peloton Row rowing machine.

But while Peloton may have brand recognition going for it, the company is still playing catch up to the rowing leader Hydrow, which now has some news of its own. The Boston-based company, which was founded in 2017 by former US National Rowing Team coach Bruce Smith, has become a bit of a social media darling owing to mega-celeb fans and investors ranging from Justin Timberlake and Lizzo to Kevin Hart and Khloe Kardashian.

This week, Hydrow, which can already claim some serious design bona fides, is beefing up its style and aesthetics offerings with a new model of its Hydrow Wave machine that comes in four eye-catching colors. The Wave, which is 30 percent smaller and lighter than Hydrow’s original model, is ideal for the tighter spaces so many city folks find themselves devoting to exercise machines. Contrasting brightly against the machine’s crisp black basel, the new colors include Sunset, Sunrise, River and Forest—names that evoke the outdoor-living spirit of the brand.

“Each of these color palettes are inspired by the natural elements of the real-world locations of our thousands of workouts filmed in scenic locations across the globe,” says Smith. “Now you can sit on the rower that suits your personality as our world-class athletes and instructors take you around the world from the moment your workout begins.”

While the Hydrow may be intended to help folks keep in shape, design, says Smith, has always been a crucial component of its DNA. The new Wave model, Smith explains, took some 14 months to design and develop. The key challenge was to devise a product that people not only wanted to use to work out, but also to display in their home so that the machine, as Smith puts it, “didn’t become just another piece of fitness equipment relegated to the basement or garage.”

The new color options are an eye-catching response to the sector’s heavy reliance on basic black or gray. Smith says there is nothing wrong with those tones, which reflect the look of the conventional on-water rowers that athletes have relied on for years. But adding bursts of color elevate and personalize the rowing experience, so that you can sit on the rower that suits your personality as our world-class athletes and instructors take you around the world,” Smith says. ”it was important to us that the machine itself felt like an extension of that highly visual and distinct experience.”