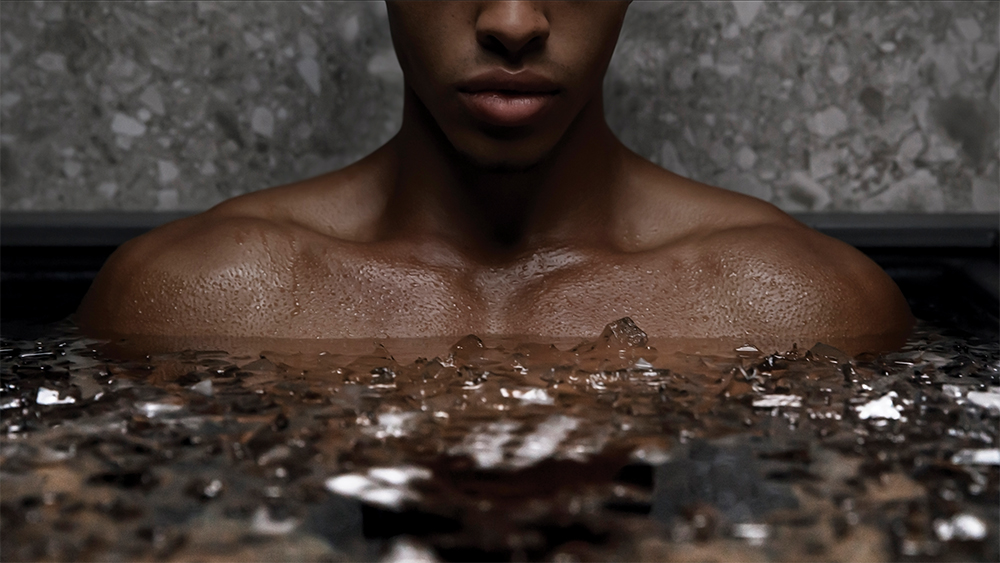 My teeth are chattering, Enya is blasting, and I think I’m going to die.

This is how I begin one of the signature wellness treatments at Remedy Place in Los Angeles, the Ice Bath Studio, which translates to “sit in 38-degree water for up to six minutes” (and pay for it, no less). It’s not so much a traditional Zen spa experience as a sadomasochistic test to see how far people will push themselves in the name of physical betterment.

Plot twist: I love it.

Founder Jonathan Leary, a chiropractor, bills the space, which opened in late 2019 and has a New York location bowing in September, as “the world’s first social wellness club.” (Think Soho House with vitamin drips.) The “remedies” are aimed at reviving your body from life’s ills—hyperbaric chambers pump you full of oxygen to reverse aging, while infrared saunas help flush out metals and other built-up toxins—all in a soigné setting.

So why choose the least sexy, most aggressive item on the menu? There’s growing evidence (published in the North American Journal of Medical Sciences and Sports Medicine, among others) that glacial temperatures can kick your nervous system into a sort of restart mode, with purported benefits including improved sleep and circulation, a dopamine spike and even a period of increased fat burning. Part of its success is down to its sheer spectacle. Remedy Place’s Instagram and TikTok feeds are filled with videos of people plunging into icy water, the shock on their faces as entertaining as the spunky music the clips are set to. Not that the hype makes it any less effective.

“In cold water, all of your blood vessels will contract, and when you get out, your blood vessels open up and rush blood back to the surface,” Leary tells Robb Report. “The contraction and relaxation of all the muscles in your body is essentially an internal workout.” There’s a primordial attraction that helps explain the tradition of so-called Polar Bear Plunges everywhere from Brooklyn to Britain’s Brighton Beach. “The initial feeling [is] uncomfortable, but the natural high you have afterward is just so worth it,” Leary adds. “It’s crazy how powerful your body is and what you can train it to do with the right mindset.”

The procedure starts with 10 minutes of guided “holotropic breathwork,” which guests perform in a dark room under a cozy blanket following audio coaching delivered via headset. Leary built this portion around data, culled from the Journal of Alternative and Complementary Medicine and elsewhere, suggesting that by harnessing basic breathing, you can control your nervous system and your reactions to external stimuli: mind over matter.

This concept is put to the ultimate test when you disrobe and drop into a small black tub. The experience is shocking. Your senses instantly go haywire, as if you’ve short-circuited. A coach named Fleur Saville is nearby to cue up inspiring-slash-distracting music (hence Enya’s “Orinoco Flow” and “Sail Away”) and cheer me on. I am stunned as I try to focus on her shouting encouragement above the bouncy melody.

Then I remember that I can regulate my breath, the one thing I can use to divert my brain from the cold. The intense chill begins to feel like heat. Random memories keep popping up, and I am humming and vocalizing uncontrollably. It is grueling, but also fun.

“How long have I been in here?” I ask after a while.

“What even is time?” Saville sings back. I laugh and keep breathing.

Those six minutes feel like an eternity in the moment, but an hour later the discomfort is just a blip. I feel great afterward and flush with energy for the rest of the day. Most excitingly, I sense that I have grazed that liminal place where the mind and body meet, that by pushing my corporeal form to such an extreme I may have accessed some untapped part of my meta-physical self. Could simple cold water be the key to unlocking one’s hidden potential? The jury’s still out, though I’d happily do it again. But next time, I’d listen to Beyoncé. $50 per session