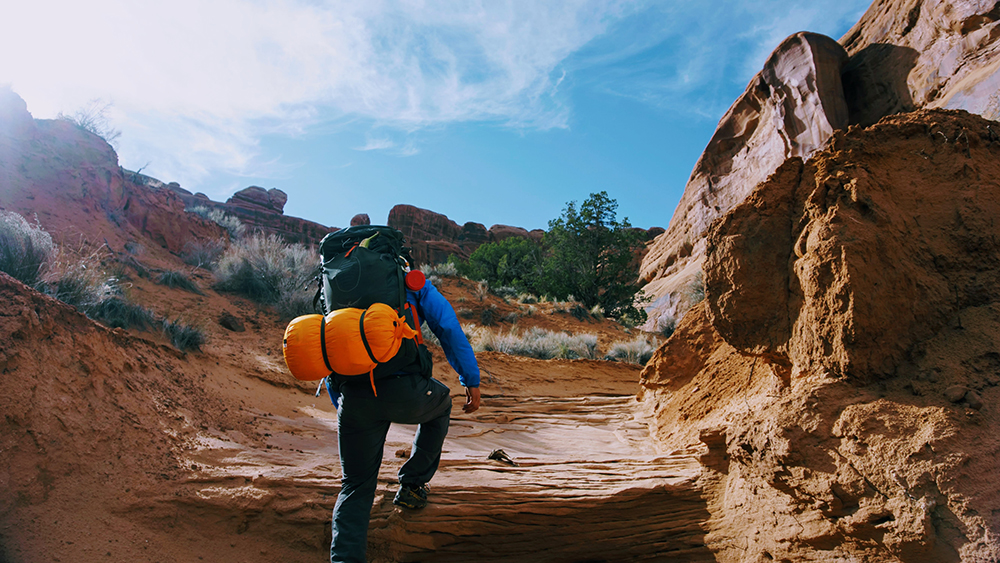 Toward the end of my father’s life, when his physical ability was greatly diminished, I gave him a shamelessly sentimental gift: an iPad full of memories. As a college student, he had played football for the University of Iowa in the early 1960s, so I had a highlight reel of his games digitized. As he sat watching the video, he laughed, he cried, he reminisced. Too old to acquire significant new experiences, he could still derive great enjoyment from the video. That’s when I realized that you retire on your memories. When you’re too frail to do much of anything else, you can still look back on the life you’ve lived and feel immense pride, joy and nostalgia.

It’s an idea that runs counter to most of what we normally hear about retirement. As workers in the United States, we’re constantly getting the message that we need to sock money away into a 401(k) or IRA. Our culture tends to overemphasize the virtues of the fabled ant—hard work and delayed gratification—at the cost of other virtues. As a result, we fail to appreciate that the grasshopper was onto something, too. There’s value in earning money but also in spending it.

It’s easy to see that adventures take time and money, and that they can bring enjoyment during the days and years you are having them, which makes them worthwhile for that reason alone. But they’re also an investment in your future.

Most of us think of investments in strictly monetary terms, but the payoff doesn’t have to be financial. When you teach your daughter to swim or ride a bike, it’s not because you think she’ll get a better-paying job. It’s the same with experiences: When you spend time or money on them, not only are they enjoyable in the moment but they also pay an ongoing dividend—call it the memory dividend.

Think back to one of the best vacations you ever had and how much time you spent showing pictures of that trip to your friends. Add to that all the times you and the people you traveled with reminisced about the trip, and all the times you’ve thought about it or given advice to other people going on a similar trip. All those residual encounters are the dividends I’m talking about: They’re your memory dividends, and they add up.

So buying an experience doesn’t just buy you the experience itself. It also buys the sum of all the dividends that trip or lesson or event will bring for the rest of your life. Over time, the memory dividend can sometimes add up to more enjoyment than the original moment provided—through compounding, just like with money in the bank.

Due to compounding, your financial savings don’t just add up—they snowball. And the same can happen with memory dividends: They’ll compound as you share the memory with others. That’s because whenever you interact with someone and share an experience you’ve had, that becomes an experience in itself. You’re communicating, laughing, bonding, giving advice. You’re doing the stuff of everyday life. By going out of office, you not only live a more engaged and interesting life but also have more of yourself to share with others. It’s like the idea that business begets more business.

Whether the activities we pursue are learning, skiing, engaging with our children, traveling, enjoying great meals with friends, attending concerts or any of the trillions of combinations available to us, we acquire money with the goal of having experiences. Plus, because of the memory dividend, those adventures bring a rate of return, just as investments in financial instruments do—sometimes a ridiculously high rate of return.

Yes, we all need to save and invest some amount of money for a time when we’re no longer getting a paycheck. Nobody wants to starve in their old age or make their children have to support them. But here’s the rub: The number of experiences available to you diminishes as you age.

The earlier you start investing, the more time you have to reap your memory dividends. It’s kind of like what Warren Buffett says: Invest early, and by the time you get to a certain age, look at how much you’ve accumulated. Grow the richest life you can, one that’s rich in experiences, adventures, memories—rich in all the reasons you acquire money in the first place.

This Swiss Wellness Retreat Only Feeds You 800 Calories a Day. I Lost 10 Pounds on a One-Week Visit.