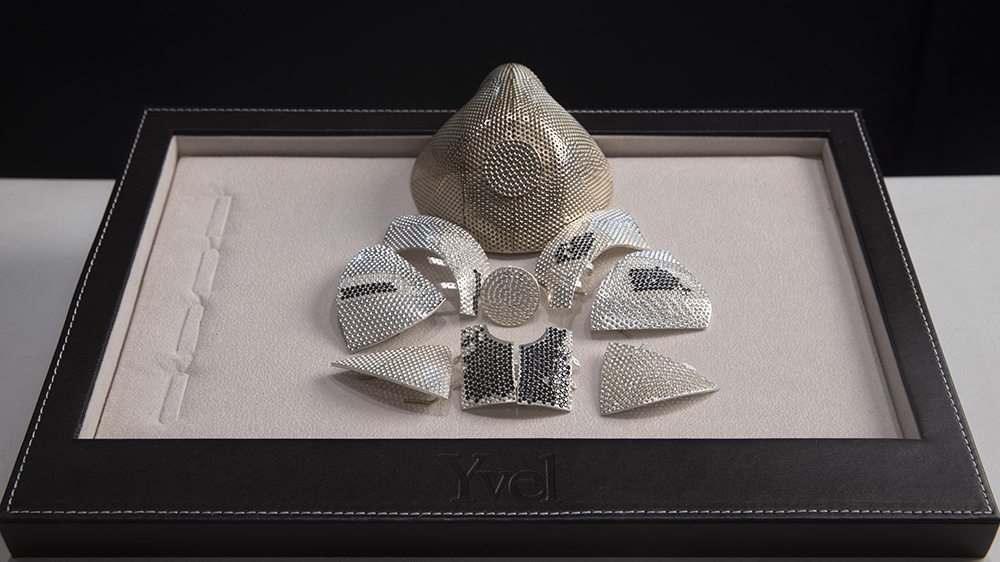 With a Covid-19 vaccine still a ways off, masks will continue to be a part of our daily lives for the foreseeable future. And because of that, people are becoming increasingly interested in masks that better represent their personality—and status. Witness the unnamed businessman who recently commissioned the world’s most expensive face covering.

Yvel, an Israel-based jeweler, has announced that it’s hard at work on a white gold, diamond-encrusted face mask that is valued at $1.5 million, according to the Associated Press. The mask, which will be completed by the end of the year, will give its anonymous owner a chance to show off his wealth while protecting himself from the virus.

Mask designer and Yvel owner Isaac Levy said that his client, which some believe to be a Chinese businessman living in the US, had two major criteria for the mask: that it be finished by the end of the year and that it be the world’s most expensive. To achieve the second demand, the jeweler has adorned the 18-karat white gold base of the covering with 3,600 white and black diamonds.

Of course, that much bling isn’t exactly light. Levy told the news service that the mask, which has room for a top-of-the-line N99 filter, weighs 270 grams, which is about 100 times the weight of a standard blue surgical mask. That means that wearing the mask regularly won’t be particularly comfortable. But, hey, when you’re dropping $1.5 million on a mask, practicality probably isn’t the first thing on your mind.

“Money maybe doesn’t buy everything, but if it can buy a very expensive Covid-19 mask, and the guy wants to wear it and walk around and get the attention, he should be happy with that,” Levy told the AP.

Levy’s seven-figure mask isn’t the only face covering to make news in recent weeks. Last month, a Japanese startup unveiled the c-mask, a high-tech face mask that can translate the wearer’s voice into nine different languages.

10 Fitness Gifts for the (Home) Gym Rat in Your Life