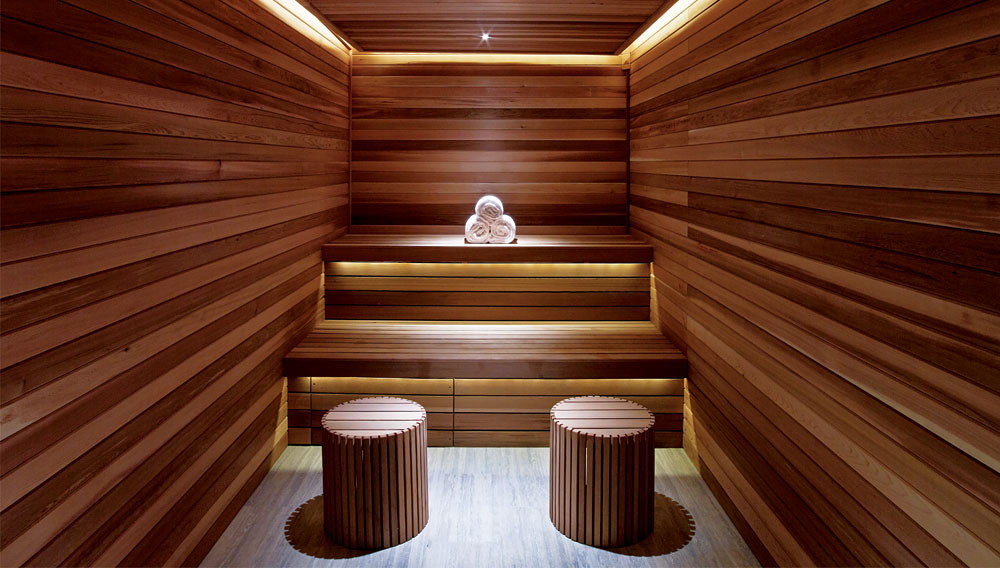 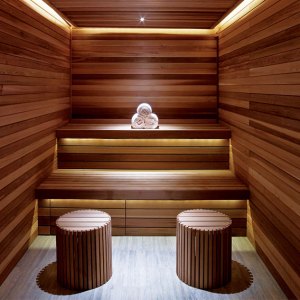 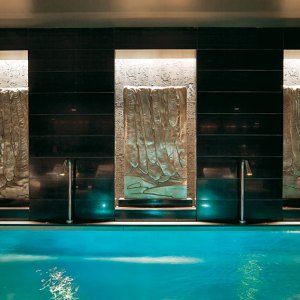 When 19th-century British physicist James Prescott Joule first announced to the scientific community that movement created energy in the form of heat, he could not have known that not only would the metric unit for energy eventually bear his name but so would a five-star Dallas hotel, with its revitalizing new spa. The Joule recently revealed an expanded footprint with fully reimagined interiors and a brand-new, 8,000-square-foot spa spanning two floors. The lower level, a subterranean sanctum, taps into the Earth’s elemental forces with metal art by Anthony Pearson, healing crystals such as amethyst and Tibetan black quartz, and an abundance of water.

Submerged stainless-steel loungers allow for relaxation in the vitality pool, which emulates the effervescence of geothermic springs. A European heat experience detoxifies and stimulates circulation, employing a dry sauna, a crystal steam room, an ice fountain, and an experience shower programmed for an all-directional delivery of water, alternating between hot and cold.

Designated the flagship ESPA location in the United States, the spa required therapists to undergo rigorous training to uphold the standards of the global spa management company. The pinnacle in restorative treatments here is the custom ESPA Time, scheduled in increments of two to four hours, in which therapists provide bespoke services tailored for individual needs. In tandem with treatments, which aim to restore, energize, soothe, or detox, The Joule’s newly opened Vital fitness

studio offers yoga and exercise classes that reinforce these core philosophies and that allow participants to generate their own heat.  (www.thejouledallas.com)