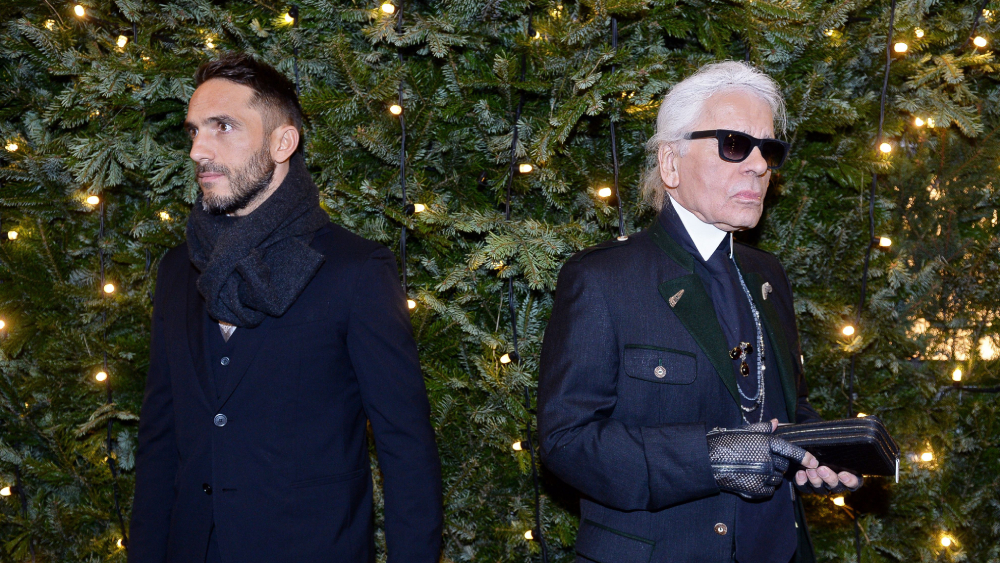 Karl Lagerfeld’s personal assistant and bodyguard will be leading streaming workouts for the late designer’s eponymous brand as people quarantine during the Covid-19 pandemic.

Sébastien Jondeau is well known for his athletic prowess and is keen to lead the at-home workouts for the Karl Lagerfeld brand of which he is an ambassador. According to WWD, this new project is the latest installment in a slate of programming dubbed Together With Team Karl launched last week.

Though not as well known as his former boss, Jondeau could often be spotted near Lagerfeld when the designer was out in public. The German-French designer first encountered Jondeau when the latter was only 15 years old and working for a family-owned art-moving company during school holidays. Jondeau was hired as Lagerfeld’s bodyguard in 1997 before becoming his assistant and sometime model. He worked with Lagerfeld until his death in February 2019.

Namaste 🙏🏼 Join us tomorrow (April 1) to get moving with an Instagram Live yoga class: The beginner-level lesson will be taught by Alexandra Raoufi, who works in the ready-to-wear team at KARL LAGERFELD and is also a certified yoga instructor. The class will start at 6:00 p.m. CET and last for 30 minutes. #STAYHOMEWITHKARL #TEAMKARL

Speaking with French publication Paris Match in December of 2019, Jondeau admitted to having a complex relationship with the designer, citing the figure as being like his father, but also noting that assisting the demanding creative on his grueling schedule was a gilded cage. “He could be horribly tough,” Jondeau told the weekly magazine. “I saw him make people cry, I broke doors out of rage…Karl never said sorry, he apologized through his actions.” Regardless of any tensions, he was devastated by the designer’s death and remains the steward carrying out Lagerfeld’s will.

Jondeau’s workout, like all the other Together With Team Karl entries, will be live-streamed through Instagram Stories and reposted the following day.