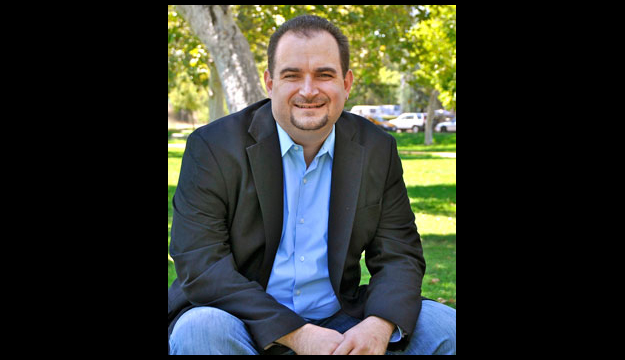 There is a quote from John F. Kennedy that adorns refrigerator magnets, coffee mugs and tote bags: “One person can make a difference, and everyone should try.” It is a simple but important message. I have taken our former president’s words to heart as an advocate on behalf of individuals like me with Crohn’s disease and an ostomy — a surgically created opening for the discharge of body wastes.

I have lived with Crohn’s disease for more than 20 years, and in 2010, I underwent surgery at UCLA that left me with an ostomy. While the operation saved my life, it left me scared, frustrated, angry and sad. A most basic aspect of my life, the way I use the toilet, was forever changed. I had no idea how it would affect my life, my relationships or my friendships. I didn’t want to leave the house.

It took the inspiration and encouragement of my wife, who pledged that she would be by my side forever, the comfort of understanding that my family would always love me, and the knowledge that no one else would ever know unless I told them to help me move forward. When I came to these realizations, the fears I had were transformed into more positive feelings. My quality of life, after all, had improved literally overnight as a result of the surgery. No longer would I have to rush to the bathroom again and again. No longer would I avoid traveling or going out because of the lack of restroom facilities.

Still, it took many years for me to build up the courage and to become educated enough to effectively speak about my condition and how other people face similar, or even worse, circumstances. Responding to an ad for a writing contest helped; I wrote a heartfelt message of inspiration to other patients with Crohn’s disease, and then I was recognized for my efforts by being named IBD Icon in 2011.

Now, I am unafraid to speak out. I have visited Washington, DC, several times, talking to senators and representatives about digestive diseases, the importance of continued funding for research and the need to build greater awareness about these disorders. It is estimated that more than 1.4-million Americans are confronted with these diseases and that the annual cost of treating them exceeds $6 billion.

When I visit Washington, I find an overwhelming amount of support — often the response is, “I know someone with Crohn’s disease” or “I never knew it cost that much just to get supplies.” Much of advocacy is teaching highly educated people about a topic they know little about, and once they make a connection to the cause, often after hearing what are very private stories, they will become supportive.

My advocacy has taken many forms. In addition to meeting with lawmakers to try to garner their support, a petition I started to have the physician and television personality Dr. Mehmet Oz devote a show to digestive disease and ostomies has gathered more than 2,500 signatures. I have written an article for the iReport section of CNN’s website, with the aim of starting a national conversation about these issues in response to the ongoing negative connotations that are attached to patients with digestive diseases and/or an ostomy. These negative comments were in the media, prime-time television shows, and even made by some in the medical community. Much to my surprise, CNN elevated the story to its homepage.

Through my different efforts, I hear so many personal stories; they motivate me to continue my efforts, and I consistently look for innovative and fresh ideas to use in connecting those patients who seemed lost or forgotten with those who have the ability to change lives. Becoming an advocate does not mean you have to stand up on the national level, like I have done. Simply sharing your story with friends and family, writing a letter to your local government officials or joining a local support group is enough to help build awareness. The medical care I received at UCLA gave me a new life, and I feel that through my advocacy, I can repay that debt in some way.