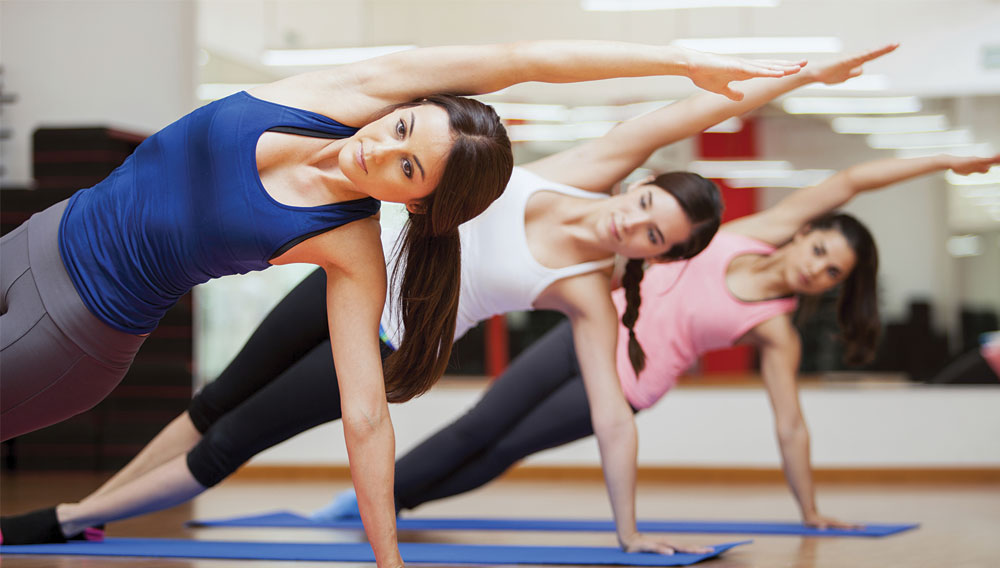 A pilot trial is underway at Massachusetts General Hospital (MGH) to examine the effectiveness of Bikram Yoga, a protocol-based form of hot yoga, as a treatment for depression.

Bikram Yoga is a type of hot Hatha Yoga practiced in a room heated to 105-110 degrees Fahrenheit with approximately 40% humidity. It involves 26 sequenced postures guided by a standardized dialogue, performed in the same order and duration during each 90-minute class. Evidence from previous clinical studies suggests that Hatha Yoga may have antidepressant effects, but to-date no studies have systematically tested any form of hot yoga for antidepressant benefits, as the MGH trial does.

“Hot yoga, practiced by a growing number of people, appears to be a promising treatment for depression,” says Maren Nyer, PhD, director of Yoga Research in the MGH Depression Clinical and Research Program, and principal investigator. “Regular practice of hot yoga may regulate certain physiological functions that could contribute to the reversal of a depressed state.”

Nyer also notes that hot yoga provides intensive exercise and mindfulness, both shown as effective treatments for depression. However, the heated environment is a completely understudied domain with regard to its healing effects for depression. “Although there is only minimal empirical evidence, heat has traditionally been used to promote wellness,” says Maurizio Fava, MD, director of the MGH Depression Clinical and Research Program and professor of Psychiatry at Harvard Medical School. “The heated environment may enhance the antidepressant effects of this form of yoga.”

Major Depressive Disorder (MDD) affects approximately 15 percent of the adult population at some point during their lives. Unlike the emotional experiences of sadness, loss, or passing mood states, MDD is persistent and can significantly interfere with an individual’s functioning and quality of life. A leading cause of disability and socioeconomic burden in the U.S. and many other developed countries, MDD can be effectively treated. However, despite many available treatments, MDD often remains chronic and nonremitting. The development of novel therapies is therefore critical.

The current pilot trial is designed to test the safety, effectiveness, and tolerability of Bikram Yoga compared to a waitlist control. All yoga is provided free to participants, due to the generosity of the local Bikram Yoga Boston studio co-owners, Jill and Brad Koontz. Participants are being randomly assigned to eight weeks of Bikram Yoga or a waitlist control condition. Participants who complete the waitlist period will then receive eight weeks of Bikram Yoga. Participants will receive a free and confidential psychiatric and medical evaluation as part of the study, including laboratory tests, and EKG – all provided free of charge; no health insurance is required to participate.

The MGH team will examine the effect of Bikram Yoga on participants’ depression, quality of life, and functioning, in addition to common physiological markers associated with depression (i.e., inflammation, autonomic arousal, and stress hormones). Co-investigator David Mischoulon, MD, PhD, director of Research of the MGH Depression Clinical and Research Program, adds, “This is an important study. If hot yoga proves to be effective, it would be an excellent and safe treatment option for people who have not benefited from regular antidepressants, cannot tolerate their side effects, or choose not to take them.”

The study, partially sponsored by a Loan Repayment Award to Nyer from the National Institutes of Health (NIH), National Institute of Complementary and Alternative Medicine (NCCAM), is slated to randomize 30adults ages 18 to 80 in good general health, experiencing significant symptoms of MDD . “We have over 60 individuals waiting for entry into this study; we infer this is a proxy for public interest,” states Nyer, who is also an instructor in Psychiatry at Harvard Medical School.

“Yoga appears to be very safe for people in good general health, and there are no anticipated risks of adverse interactions with medications,” Mischoulon explains, though he emphasizes that people with unstable medical illness should be carefully evaluated before embarking on a rigorous yoga program. Nyer adds, “If the results confirm benefit for alleviation of depression, we will pursue sponsorship for larger-scale, more rigorous investigations.”