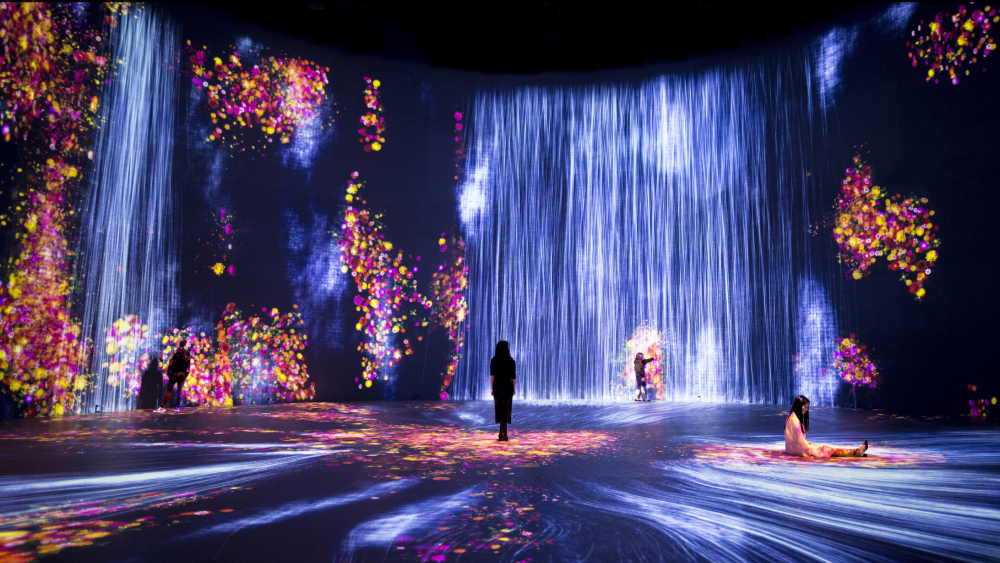 In advance of its spring debut in Miami, Superblue has assembled a roster of  more than 20 artists and collectives who explore multidisciplinary and multisensory realms (think light, sound, movement, touch) to create so-called experiential works. For its inaugural show, Every Wall Is a Door, CEO Mollie Dent-Brocklehurst says the team decided to focus on “the history of experiential art and how we got there” with these three opening acts, which will remain on display through 2022.

A giant of experiential art, Turrell has spent more than five decades making work about perception. As Dent-Brocklehurst puts it, “James Turrell is obviously where it all came from.” Using light as his medium—not just his subject—Turrell has created a body of work that includes “Skyspaces” (chambers with openings to the heavens) and his magnum opus, the Roden Crater in Arizona, where he has been carving tunnels and viewing spaces for 43 years.

At Superblue, he’s showing a large-scale, site-specific “Ganzfeld” work, part of a series that takes its name from the German term for “complete field.” Turrell’s use of monochrome lighting sets the viewer off-balance and speaks to the way we see, both consciously and unconsciously.

Exhibition view of Every Wall Is a Door, with teamLab’s Universe of Water Particles and Flowers and People  Superblue

The innovative collective of self-described “ultra-technologists”—programmers, engineers, CG animators and the like—relies on digital effects to conjure otherworldly, interactive takes on nature. Among the group’s several contributions to the Superblue installation will be a selection of its signature “Flowers and People” works, immersive environments of flowers blooming, withering and dying in a never-ending cycle. Viewers play a role in the process: If they “step on” a blossom, for example, the petals scatter; if they watch calmly, the flowers grow more lush—meaning every visit results in a unique rendering of the piece.

A rendering of Es Devlin’s Forest of Us, 2020.  Superblue

The British artist has built a reputation as much for her imaginative set designs—Beyoncé and Adele are just two of her clients—as for her often beguiling installations. Devlin’s new piece uses her labyrinthine Mirror Maze as a jumping-off point to connect the human respiratory system to trees. “If you look at the two things, they’re basically identical,” says Dent-Brocklehurst, adding that the piece will have a social-change component. “It’s about understanding that the end of your fingertips does not end your impact on the world and how we connect to the planet. Hopefully, it will end up with us inspiring somebody to go plant a tree.”