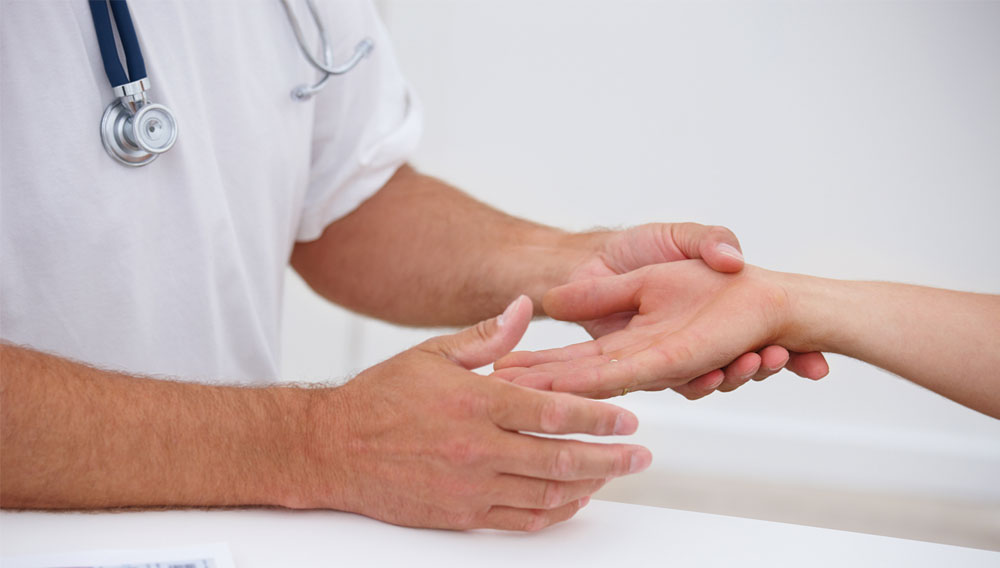 Cardiac catheterization, a procedure used to diagnose heart conditions, is typically performed through the femoral artery of the groin. But, increasingly, cardiologists are instead using the radial artery of the wrist – a method that results in fewer complications while sparing patients the need to be on lengthy bed rest.

“Radial-artery catheterization is both safer and more comfortable for patients,” says UCLA cardiologist William Suh, M.D. “There are fewer bleeding complications, and the patient can sit up right away and return to normal activities sooner.”

Use of the radial artery for the procedure isn’t new,but the approach via the groin has for the last two decades been the dominant method. This is because of the easier access afforded by the large femoral artery, as well as the specially shaped catheters that lend themselves to such an approach. But a new generation of catheters has made it easier to access the heart via the radial artery, and the advantages of patient safety and comfort are leading more cardiologists to opt for this approach to cardiac catheterization, explains Dr. Suh, who employs the radial artery for nearly all his catheterization patients.

Although rare, bleeding complications – both internal and external – occur in a small percentage of catheterization patients,and can be serious, and even deadly. These complications are virtually eliminated when the catheter is inserted through the wrist instead of the groin area, Dr. Suh says. One downside to the radial approach is the potential for painful muscle spasms in the area surrounding the artery, though in the majority of patients these can be prevented with medications. The radial artery can also close after the procedure, causing blood clotting to occur, so blood thinners are given during the procedure.

“Overall, the safety benefits of using the radial artery outweigh the downsides,Dr. Suh says. “But the most tangible benefit to the patient is after the procedure.” Patients who receive femoral-artery catheterization are required to lie flat on their back with their legs straight for up to six hours to allow the artery to heal, he explains. Following radial-artery catheterization, patients are able to sit up, walk and eat immediately. This is a particular advantage for patients who suffer from low-back pain.

Despite these benefits, the radial artery is used in less than 5 percent of catheterization procedures nationwide.Because the radial artery is smaller than the femoral artery, the procedure can be more technically challenging, and many physicians who trained using the femoral approach are reluctant to change, Dr. Suh notes. In Europe and countries such as Japan and Canada, the radial approach is much more common. Dr. Suh suggests that will soon be the case in the United States. “Within the next five years,” he predicts, “we will probably see the majority of the cases done radially.”