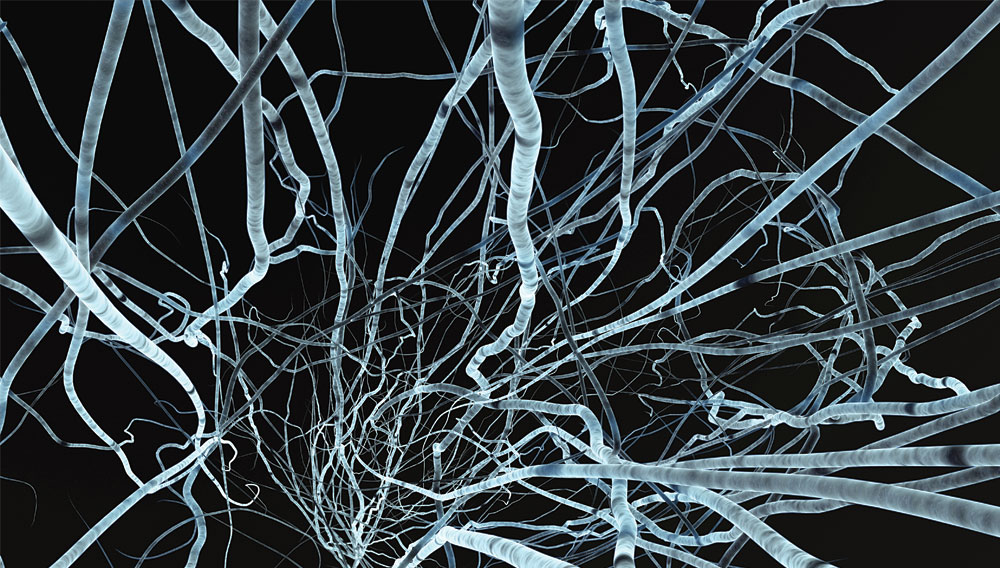 Massachusetts General Hospital (MGH) investigators have described what may be a newly identified disease that appears to explain some cases of widespread chronic pain and other symptoms in children and young adults.  Their report that will appear in the April issue of the journal Pediatrics, and has received early online release, finds that most of a group of young patients seen at the MGH for chronic, unexplained pain had test results indicating small-fiber polyneuropathy, a condition not previously reported in children.  The MGH investigators call this new syndrome juvenile-onset small-fiber polyneuropathy or JOSeFINE.

“We’ve found the beginnings of a way to better evaluate young patients with otherwise unexplained widespread body pain,” says Anne Louise Oaklander, MD, PhD, director of the Nerve Injury Unit in the MGH Department of Neurology and corresponding author of the Pediatrics paper. “By identifying the tests that are useful for diagnosing this condition, we hope to reduce the use of unnecessary, expensive, sometimes painful and potentially harmful testing that many of these children have undergone.”

Small-fiber polyneuropathy (SFPN) involves widespread damage to the type of nerve fibers that carry pain signals from the skin and also control autonomic functions such as heart rate, blood pressure and sweating.  Most commonly associated with diabetes, SFPN can be caused by other disorders in older adults or by exposure to toxic substances.  Typical symptoms include chronic pain in several parts of the body, often beginning in the feet or lower legs, along with symptoms of autonomic dysfunction such as gastrointestinal problems, dizziness or fainting when standing, rapid heart rate, and changes in the appearance of skin.  Specific diagnostic criteria have been established for SFPN, and accurate diagnosis can guide appropriate treatment choice.

Although polyneuropathy has been considered rare in children, occasional cases have been described.  To get a better sense of the possible contribution of SFPN to chronic pain in children, Oaklander and her co-author Max Klein, PhD, a research fellow in Neurology at MGH, reviewed the records of 41 patients treated by Oaklander between 2007 and 2011 for persistent widespread pain in several parts of the body that began before age 21.  In a search for the cause of their symptoms, all of the patients had undergone a range of diagnostic tests at the MGH and other leading institutions.

Recommended diagnostic tests for SFPN include a type of skin biopsy that characterizes the number and condition of nerve fibers in the lower leg and autonomic function testing, including monitoring the heart rate and blood pressure when an individual breaths deeply, blows out when the airway is blocked or is placed on a tilt table.  A control group of 38 age- and gender-matched volunteer children underwent the same autonomic function tests that the patients had received, and control values for neurodiagnostic skin biopsies were based on samples from healthy age- and gender-matched volunteers collected at MGH.

The analysis revealed that 24 of the 41 patients met criteria for a diagnosis of SFPN, meaning that results of at least one test clearly indicated the presence of the disease.  Of the remaining 17 patients, 16 were determined to possibly or probably have SFPN, based on less seriously abnormal test results.  Among the autonomic function tests, sweat production – a sensitive diagnostic test for SFPN – was reduced in 82 percent of patients, compared with 34 percent of controls.  In contrast, results of other tests that the patients had undergone – including magnetic resonance imaging, spinal taps and gastrointestinal endoscopy – provided no useful diagnostic information.

Many of the patients participating in the study had reported that their symptoms began after an earlier illness or injury.  A third had some history of autoimmune illnesses, and around half had family histories of autoimmunity.  Tests of blood and other body fluids revealed hints of disordered immunity – particularly low levels of complement, a protein involved in the innate immune system.  Oaklander notes that these observations are preliminary and require further investigation.

“The importance that families placed on finding an accurate diagnosis and effective treatment for their sick children is illustrated by how many of them traveled thousands of miles, including some from other countries, in a desperate search for answers,” Oaklander says.  “Because everyone wanted to help these children, they had undergone myriad tests, two thirds had been hospitalized, and some had tried many medications, usually without benefit.

“Based on our findings we now take a two-part approach to evaluating such patients: first, evaluation by a neurologist for the possibility of small-fiber neuropathy, and if that is confirmed, specific blood tests to pinpoint the cause.  It’s important to consider this diagnosis, since there are treatments for many symptoms of neuropathy – including medications that increase blood pressure and improve gastrointestinal function – and for some of the underlying causes.” Oaklander is an associate professor, and Klein is an instructor in Neurology at Harvard Medical School. The study was supported by U.S. Public Health Service grant K24NS059892, Department of Defense grant GW093049 and the Bradley and Curvey Family Foundations.