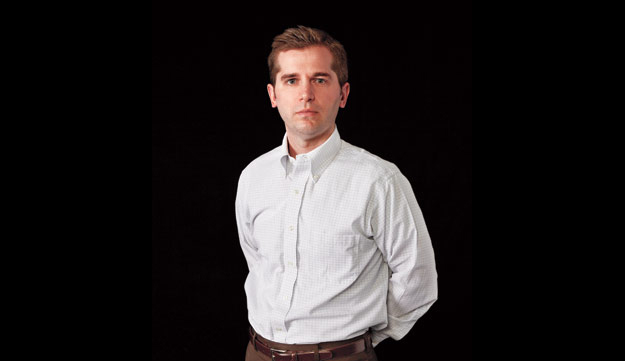 Photo by Denise Bosco for Proto

Why do some people take their own lives—as many as 36,000 each year in the United States alone—and why do warning signs go unheeded? Though suicide is the 10th leading cause of death in the United States (after kidney disease and influenza/pneumonia), answers have been elusive, in part because collecting adequate numbers of subjects who’ve attempted suicide has been difficult. Matthew Nock, a Harvard psychology professor and faculty member at the Massachusetts General Hospital Academy who was recently awarded a MacArthur Fellowship for $500,000, is involved in the first large-scale international study of suicidal behavior and an investigation of suicides in the U.S. Army. He will use his MacArthur money to refine methods he has developed to assess suicide risk. Already, his computer tests, which use word associations, have been good predictors of who will attempt suicide—more accurate than what clinicians or patients themselves predict.

Q: How have physicians tried to determine if someone is suicidal?

A: In really primitive ways. We basically ask people: Are you going to kill yourself? If they say yes, we lock them up until they can convince us they are no longer at risk. But studies show that the week after those who’ve attempted suicide leave the hospital, there’s a huge spike in their suicide rates. In other words, we can’t rely on what patients tell us.

Q: Is suicide a bigger problem now, given societal pressures such as the recession?

A: No. The U.S. suicide rate is about the same now as it was 100 years ago. The good news is that more people are getting treated for suicidal thoughts and behaviors now compared with just 10 years ago.

Q: Yet there have been persistent reports of a spike among baby boomers.

A: Suicide rates fluctuate slightly from year to year, and these ups and downs are more pronounced when you look at small subgroups. The most marked change in the past 15 years has been a decrease in the suicide rate among men 65 years old and older, which is the group currently at highest risk for suicide death.

A: Depression is important in predicting the onset of suicidal thoughts, but it doesn’t predict which people with such thoughts go on to make an attempt. Disorders characterized by anxiety, agitation and poor impulse control, and particularly a combination of these, are better predictors.

Q: So how can we get better at predicting suicide?

A: One thing we need to do is develop more objective methods. We’ve adapted the Implicit Association Test, which was created, using word pairs, to evaluate subjects’ unconscious biases. In our test, patients are asked to classify words related to life (like breathing) and death (dead), and me (mine) and not me (them). Quicker responses to death/me pairings than to life/me combinations suggest a stronger association between death and self. In one of our studies involving 157 patients in the MGH psychiatric emergency department, we found that those who associated themselves with suicide-related words were six times likelier to attempt suicide again within six months than the others.

Q: You also use a variation of the Stroop test, which requires subjects to name the color of a printed word (red or blue) and measures their reaction time. Why is this useful?

Q: What’s the next step for your research?

A: We’re working to modify these tests so that they not only diagnose but also treat suicidal thinking. We’re using one of the tests in the MGH inpatient psychiatry unit to see if we can train participants who have attempted suicide to disengage more easily from thinking about suicide-related words. By training subjects to just let the words come and go, we hope to decrease the likelihood that they’ll harm themselves.