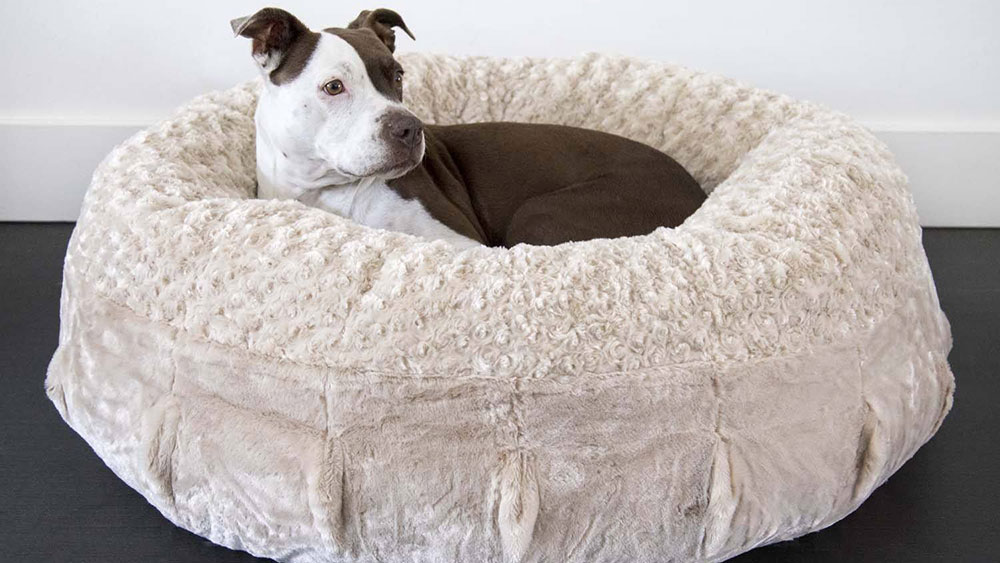 The right bed can mean the difference between an Inception-level slumber and a fitful night of tossing and turning. That maxim is no less true for dogs—or at least for one 12-year-old pit mix named Lily—and it’s why the dog beds from Animals Matter are something of a revelation.

Like most dogs her age, Lily likes her shuteye. She has an impressive commitment to about 14 hours of sleep a day. But despite the fact that she was found on the streets of Brooklyn, her sense of comfort is decidedly uncompromising; sleeping on the asphalt apparently did nothing to diminish Lily’s taste for a warm, cozy bed. Witness for yourself: if you think you’re particular about your comforter, you have nothing on this pup:

Given Lily’s advanced age—and a creeping case of arthritis—my partner bought her an orthopedic bed, complete with memory foam. Sort of like the Casper of dog beds. There was only one problem—Lily wanted nothing to do with it. She sniffed at it, stepped in it once or twice, and then promptly ignored it. That’s when, after some research, we discovered Animals Matter. The California-based company offers a swath of high-end pet goods, ranging from therapy balms to car seats to the very thing we were after: plush dog beds.

We snapped up a Katie Puff donut bed ($190) in charcoal grey. From the start, the quality of the construction lived up to its billing. The donut’s washable exterior is an upholstery-grade chenille so soft it could make most humans jealous. (Seriously, my own bed doesn’t feel nearly this feathery.) Inside, a high-memory spring poly fiberfill bolster gives the donut a thick, solid base with enough pliability to completely envelop your pooch. Of course, the ultimate judge was Lily—and she was sold from minute one: The moment the donut hit the floor she claimed it as her own and promptly nestled inside for a nap. It’s now by far her favorite place to sleep in the world.

The Animals Matter donuts come in five different sizes, from extra small to extra large (we went with the medium for Lily’s compact 45-lb frame). All are constructed from cruelty-free, vegan materials and made in the US. They’re also pretty easy on the eyes. Most come in a choice of six colors, from earth tones like camel and chocolate to more adventurous hues like ruby red and emerald teal. There are also faux fur and orthopedic editions if you want to go even more lavish (and a little more expensive). Just be warned: once your dog climbs into one of these, she or he might give new meaning to the phrase “donut coma.”