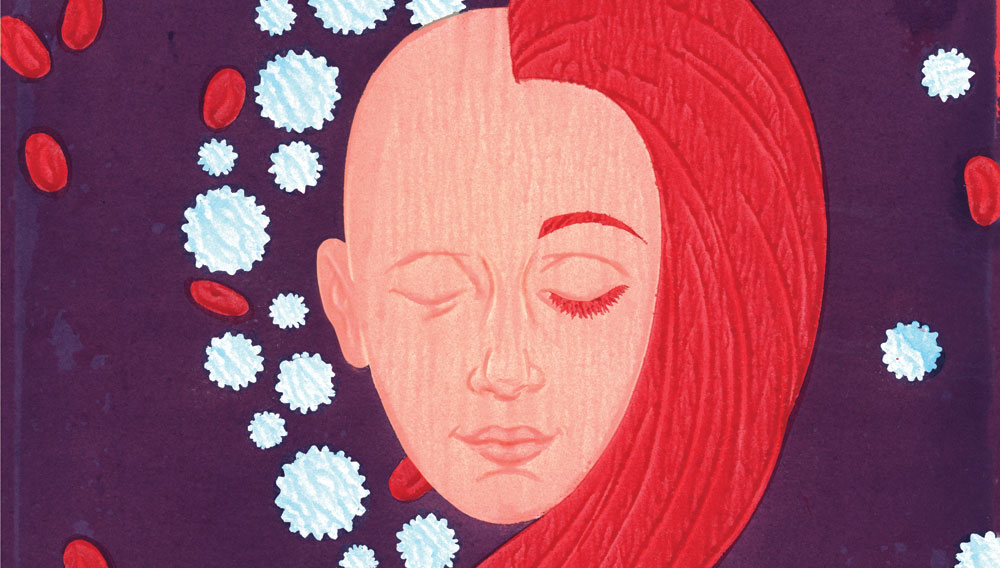 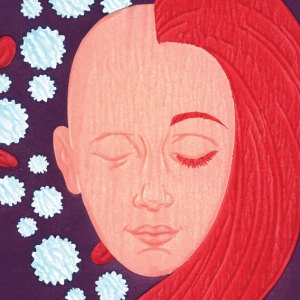 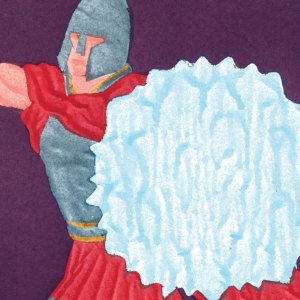 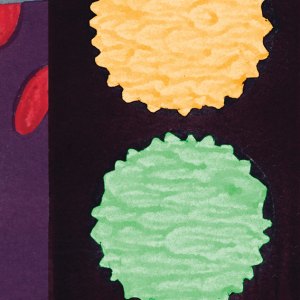 New therapies harness the body’s own horsepower to beat cancer.

In September 2011, Geraldine Howard underwent what she thought would be routine corrective surgery to improve her eyesight when one of her eyes did not seem to “set properly,” as she says. Instead, she was diagnosed with malignant choroidal melanoma, a form of cancer that begins underneath the retina. Although it is relatively uncommon in the broad scope of cancers, if left untreated, it often spreads rapidly to the liver and elsewhere. “I was given the option of radiotherapy,” says the London-based cofounder and president of Aromatherapy Associates, “but that would have involved sewing a metal plate into my eye, with some quite grim side effects, and they did not feel that the outcome would be as positive as surgery.” Howard’s doctors opted for the latter, and, to be certain they got the entire tumor, removed the whole eye. Even so, given choroidal melanoma’s 95 percent likelihood of spreading, the team recommended Howard undergo additional treatment. What that treatment might be was unclear, says Howard, since no preventive options existed. Instead, someone on the team suggested she look into immunotherapy trials then taking place at the Defence Against Cancer Foundation at Radboud University in the Netherlands.

Immunotherapy is not new. As far back as the 1850s, German doctors first observed that tumors sometimes shrank in response to an infection—the very act of shrinking was evidence of a reaction by the immune system—and it has been widely used as a therapeutic technique for treating allergies for over a century. It is only within the last decade, however, that oncologists have begun to consider it a legitimate option for patients with cancer. Among other things, unlike chemotherapy and radiation, immunotherapy frees the immune system to attack tumor cells and does less harm to normal, healthy tissues. It also has fewer and less dire side effects. And treatments are brief: most patients take four intravenous doses of immune-boosting medication at three-week intervals, and it is that simple. In addition, and perhaps most significantly, because the immune system’s cells have a memory response that stays active for life once it is triggered, a patient would be forever protected against a recurrence of whatever particular tumor had stimulated the response. That is one huge advantage over the standard types of cancer-treatment therapies.

Immunotherapy is a rapidly evolving field that in many ways still offers more questions than answers, but the amount of focus it is receiving in multiple ongoing clinical trials and the development of new immune-based drugs may mean its implementation as the standard of care for many forms of cancer is not far off.

At its most basic, immunotherapy works by activating the immune system to attack whatever foreign invader—virus, bacterium, tumor cell—has assailed the body. The tools that do the work are the T cells or lymphocytes, the white blood cells that respond to infection, which react by proliferating and attacking whatever pathogen has wormed its way in. Because the T cells are armed with specific receptors—each human being has somewhere between one and five billion unique receptors—they can easily locate antigens, which are molecules that bind to the bacteria, viruses, and other unwelcome molecules, giving away their arrival like Henry Hill in Goodfellas. Once the T cells have found their targets, they kill the toxins to which the antigens are bound. That is how the human body recovers from the common cold, for example. In the case of cancer, the T cells would theoretically react to a tumor cell in the same way, recognizing its antigen and then releasing substances that would kill the cell or punch holes in its membrane, rendering it inactive. For decades, researchers took a number of approaches to coerce antigens to function as therapeutic vaccinations, to no avail.

One problem was that they were unable to determine the mechanisms that regulate the T cell after it encounters cancer cell antigens—antigen recognition alone did not seem to be enough to get T cells fully activated and capable of killing the cancer cells. As others in the field turned away, frustrated by their collective lack of success, Jim Allison, MD, now chair of the department of immunology and executive director of the immunotherapy platform at the University of Texas MD Anderson Cancer Center, forged on and determined that for T cells to properly launch a response, they need to engage a molecule known as CD28, which serves a co-stimulatory role. As Allison describes it, “the antigen receptor is the ignition switch, and CD28 is the gas pedal.” But, like a car, a T cell left on indefinitely can do more harm than good, so Allison kept at his research until he found the brake: CTLA-4. That signal, which is not present in resting T cells, binds to the same molecules as CD28, but even more tightly. With the realization that other attempts at vaccines had not worked because they were “focused on giving the go signal,” Allison understood that the resulting consequence was the activation of the off signal. In other words, those vaccines had caused the immune system to shut down, if only for a short time; he wanted to temporarily disable the brakes and thereby engender a strong immune response. Finding the drug that would block CTLA-4 should result in the immune system’s being able to fight the tumor.

“It was a new way of looking at cancer because we are not treating the cancer,” says Allison. “My idea was forget the cancer—let’s treat the immune system.”

Controversy surrounded Allison’s work, with other researchers and most pharmaceutical companies unconvinced that he was on the right track. Even after he injected a CTLA-4 antibody into mice and their tumors “melted away,” it took several years to find a company willing to develop the drug. That response has translated to humans as well, with the greatest success to date in advanced melanoma, for which it was given FDA approval in 2011 with the drug Ipilimumab, and is now a standard of care.

“Conservatively, five years ago, metastatic melanoma was a death sentence,” says Allison. “Now it looks like half the people can be treated successfully.” In his first trial, in 2001, Allison had minimal expectations, but three patients responded to the treatment. One of them saw a “huge” tumor in her lung vanish with one injection. Thirteen years later, she has had no recurrence, he says, and no need for subsequent treatment. That was a dramatic response, but overall survival in such patients has also increased significantly: median survival had been about 18 months, but today, more than 20 percent of patients are alive after five years.

Melanoma was an obvious first choice for clinical trials because each individual tumor can contain hundreds of mutations—and therefore as many antigens that might be discovered by the T cells. Kidney cancer has also responded well to immunotherapy, and trials are currently underway to determine why, which may open the door to how best to make the treatment work for all cancer variants. More recently, trials have shown successful responses in lung cancer patients as well. Julie Brahmer, MD, an associate professor of oncology at the JHMI Sidney Kimmel Comprehensive Cancer Center, says that clinicians and researchers working outside melanoma and kidney cancer did not think this type of therapy would work until about two years ago, when initial trials reported activity in lung cancer patients. Today, Brahmer is participating in one clinical trial to determine whether patients might respond better to immunotherapy if they are first treated with epigenetic therapy: Instead of killing cancer cells, epigenetic therapy would change the cells’ behavior by unsilencing genes, in essence returning them to their precancerous state.

As a result of the recent promising clinical trial results, many pharmaceutical companies have now seen the immunotherapy light, and are working to come out with their own drugs. “I think pharma has recognized that immunotherapy is really the future,” says Mac Cheever, MD, principal investigator, Cancer Immunotherapy Trials Network, and member of Seattle’s Fred Hutchinson Cancer Research Center. “It is where the biggest advances in cancer therapy are going to come over the next decade.”

Part of those advances have evolved in response to the knowledge that there are other immune checkpoint pathways besides CTLA-4, including PD-1, which is expressed only by activated T cells and prevents them from overexpanding. An article in the New England Journal of Medicine last year showed that blocking the PD-1 pathway in patients with lung cancer resulted in the tumors vanishing. Other studies confirmed those findings in patients with melanoma or lung cancer; some 24 percent of the latter patients saw their tumors respond fully.

“These were dose escalation trials,” says Cheever, “and you don’t normally expect to see great anti-tumor responses. It just takes a little imagination to see how good these drugs are when we learn how to use them.”

Four different immunotherapeutic approaches are currently in use or being actively researched: vaccines, cytokines, immune checkpoint blockade, and adoptive cellular transfer (ACT), which is what Howard underwent. With ACT, a pool of T cells is removed from the patient’s blood, the T cells are altered so as to have special chimeric antigen receptors (CARs) that will bind to a target on the surface of the tumor, rendering it visible to T cells, and then returned to the bloodstream intravenously. Each approach is enjoying its own success. There have been some good results in the use of CAR with leukemias and lymphomas, says Gregory Plautz, MD, professor of pediatric hematology oncology and blood and marrow transplantation in the department of immunology at Cleveland Clinic’s Lerner Research Institute. Plautz is currently working on a breast cancer project, having finished one on malignant gliomas, an aggressive type of brain tumor, in which he and his colleagues used patients’ tumor cells as a personalized vaccine to stimulate T cells that they grew in a lab a hundredfold before returning them to the patients. It was an admittedly labor-intensive approach, says Plautz, but he is encouraged by the results: Several of those patients are healthy some 14 years later.

Immunotherapy treatment alone has worked in some cases, but for the most part, it is beginning to be used in conjunction with traditional tumor-attack therapies including radiation, surgery, and chemotherapy, and will continue to be as long as doing so results in higher response rates. While most cancer patients will be good candidates for immunotherapy, it may be contraindicated for patients who have or had active autoimmune diseases such as serious rheumatoid arthritis, lupus, and the like.

Almost three years out from her surgery and immunotherapy treatment—with no need for either chemotherapy or radiation—Geraldine Howard is healthy. She undergoes a liver scan every six months, and to date, they have all been clear.

But no one who is involved with immunotherapy research is resting, despite the most recent successes. “What it tells us is that, in cancer research, we should not be satisfied anymore by moving the median survival level just a few months,” says Allison, adding that a higher overall survival rate across more kinds of cancer is the ultimate goal.

“For any cancer we have just hit the tip of the iceberg in how we can harness the immune system to really work,” says Brahmer. “It is going faster than one would expect, but it is never fast enough.”