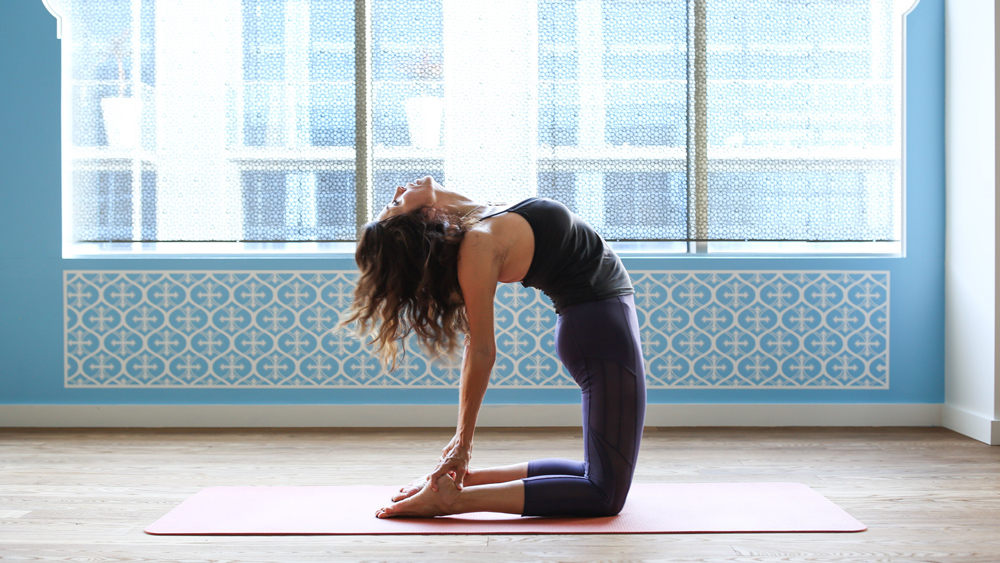 Inside Tantris, the 8,000-square-foot studio on Sunset Boulevard, owner Russell Simmons easily coils himself into a lotus position. Alert but relaxed, he’s just emerged from a pH-balanced shower following his second flow yoga class of the day. “I took so many drugs as a kid,” the 59-year-old mogul says. “Now I make class every day, no matter what. I sweat every day.”

Tantris shares the same address as SoHo House West Hollywood (but is not part of that venture) and features some unusual amenities for a yoga studio: valet parking, a juice bar, a blow-dry bar, a lounge with city views, and a boutique that carries Simmons’s new activewear collection. Its centerpiece, however, consists of two infrared-heated studios, offering an elevated approach to hot yoga.

“I want to change American yoga to be yoga,” says Simmons, who adds that he has practiced the discipline daily since taking his first yoga class in 1994. “I intend to help make yoga’s true purpose trendy and commercial but also generate awareness of the full benefits of yogic science.”

For him personally, those benefits include “being a happier, more enlightened, conscious person.” Buttressing his yoga practice, Simmons also meditates twice daily, follows a vegan diet, and incorporates music into his classes—from Kayne West (who is signed to Simmons’s Def Jam label) to Krishna Das, an American vocalist who specializes in kirtan, a type of music based on ancient chants.

“You cannot practice asana every day in a room where people are looking to realize yoga and not be inspired to do the same. If you’re in a roomful of devotees, you will become a devotee,” he says. “At the same time, we want it to be an easy experience—something fun. Laughing and longevity go together.”

“Tantris balances a commercial and spiritual sensibility,” Simmons adds. The core of Tantris’ programming is based on The Yoga Sutras of Patanjali and The Bhagavad Gita. “This is a science for well-being and happiness, or enlightenment,” he says.

Simmons plans to open other Tantris locations but says he first wants to “get this one right.”